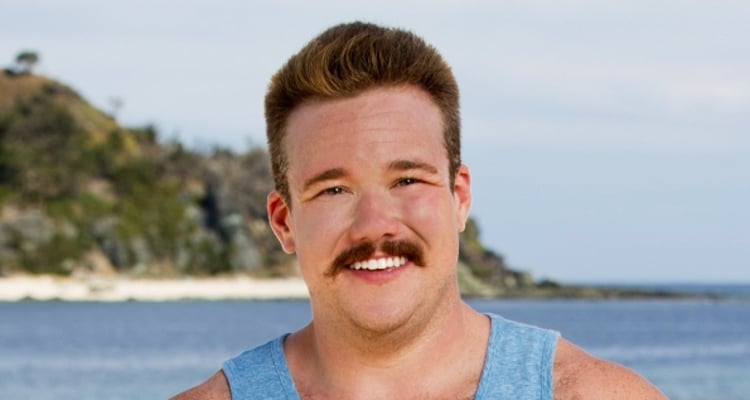 On Wednesday night’s episode of Survivor: Game Changer, contestant Jeff Varner outed Zeke Smith as transgender, while facing elimination. Now that the shocking revelation has been made, people want to know more from Zeke Smith’s wiki. Here are some of facts to know about Survivor contestant, Zeke Smith.

Wednesday’s (April 12) episode of Survivor was dramatic and surprising for both viewers and contestants. During the charged tribal council, that showed previous contestants returning to the competition, Jeff Varner tried to save himself by revealing that Zeke Smith is transgender. He claims he did this to convince his fellow contestants that Zeke was a deceitful person.

However, Jeff’s plan backfired on him as his teammates unanimously wanted him gone. Host Jeff Probst made the executive decision to forgo the vote, and Jeff Varner was sent packing. It was clear that Jeff felt remorse for what he did and immediately apologized to Zeke, who had to defend himself saying that he did not tell anyone that he is transgender because he did not want to be known as, ”The First Trans Survivor Player.” After the shocking episode, interest in Zeke Smith’s transgender ousting has grown. Keep reading for more information about the Survivor contestant.

Figgy and Taylor weren't the only showmance. Frederick Douglas, the Tribal Immunity Idol, and I were seriously macking all over that beach. Swap tomorrow! Come and get it! #Survivor

Zeke Smith is from Brooklyn, New York and works as an asset manager. According to his bio, the three words he uses to describe himself are: unstoppable, devilish and sharp. Zeke’s hobbies include going to the gym, cooking, and writing. He does not like it when people chew with their mouth open or when people wear black shoes with brown belts. During his senior year of high school, the 29-year-old was included in the Top 16 high school debaters in the country, which he earned a plaque for, and considers his personal claim to fame. Zeke’s biggest inspirations are Joan Rivers and Helen Keller. If you take a look at Zeke Smith’s Instagram account, there are countless pictures of the Survivor contestant promoting his stint on the show and hanging out with friends.

Also Read: Adam Klein Wiki: Family, Mother, Net Worth, and Everything You Need to Know

The 3 Things He Would Want on the Island

Before being on Survivor, Zeke Smith was asked about three things he would want on the island. He responded with hairspray to create fire and to style his hair, coffee to calm his nerves and to stay alert against any plots, and peanut butter to avoid starvation—and as conditioner for his hair. Zeke’s reason for being on Survivor was, “I love Survivor! I’ve dreamed of starving on desert beaches and running around in my unwashed underwear for years! It’s long been my desire for Jeff Probst to reward my mastery of lying and manipulation with $1 million dollars.”

Zeke was a Contestant on Season 33 of Survivor

When you find yourself living in a dream that won’t end, standing between two of your heroes, and you know you should keep your cool, but can’t help but smile like the monster dweeb you are. I lack the words to express the tremendous honor and Gervase it was be a part this cast. Thank you to every player, crew member, and fan who made Episode 500 possible. I am truly humbled to be one of the twenty who played that day. May the Adventure Continue…until Probst inevitably dies of a Botox overdose. #Survivor #GameChangers #Survivor500 #ProbstBotoxOverdose

Zeke was on season 33 of Survivor: Millennials vs. Gen X with the Vanua tribe and was voted out on day 33. He finished ninth on the show and was the fifth jury member.When asked why he thinks he will survive in this show, Zeke said, “I’m tough as nails. Try and tear me down. Furthermore, people fascinate me. I can get along with anyone because I tend to be more curious than judgmental of an individual. I’m surprisingly adept in the out-of-doors and have been killing myself in the gym for the past six months, so I shouldn’t drag ass in challenges. Hopefully, all those hours… okay, days…. fine, years spent watching Survivor and listening to Survivor podcasts will yield at least some aptitude at the game.”

He is Hoping for Redemption on Survivor: Game Changers

A couple of flamers fiddling with their bamboos. #Survivor #GameChangers

After spending so much time on the Survivor island in season 33, Zeke often jokes that he walks around his apartment barefoot and sleeps on his neighbor’s floor. When asked about what he will change in season 34, Zeke said, “Frankly, I don’t exactly know what I did right or wrong last time but, I think I played too flashy. This go ’round, I’m going to play more subtly, because I’m a very subtle person. Take one look at me and you think, ‘This guy knows subtle. No part of his mustache or patterned shirts or style of speaking says pay attention to me!'” We just hope that he can make it further this season than last!