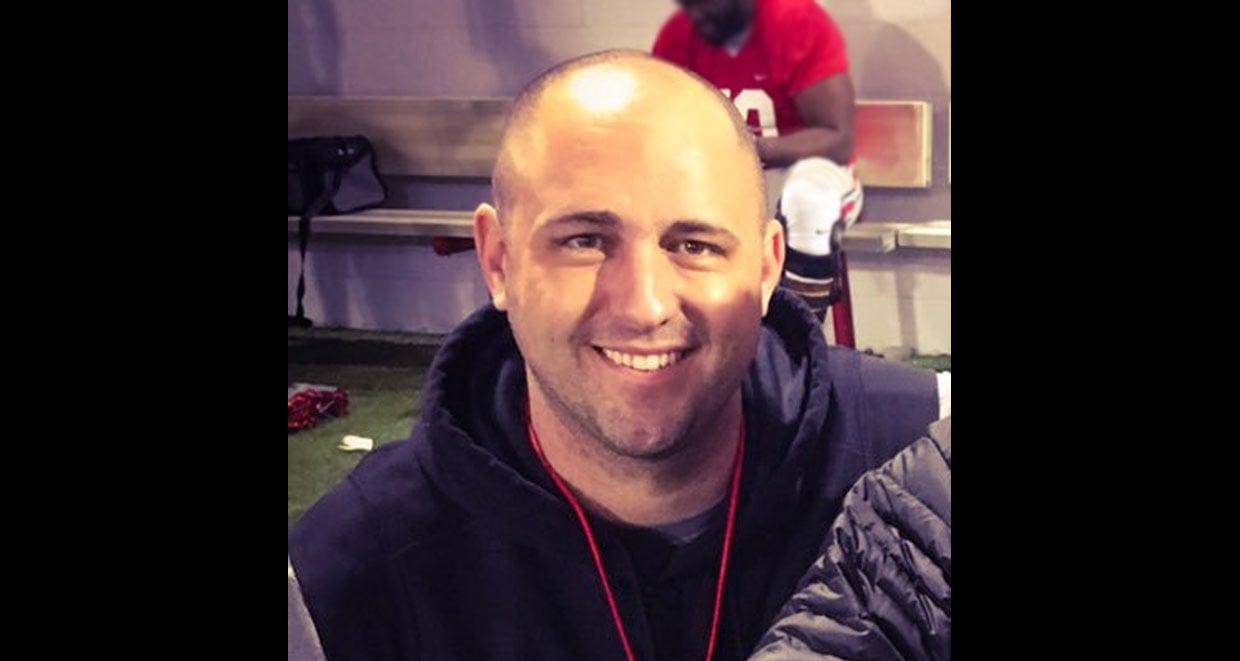 Zach Smith was fired from his coaching position on the Ohio State football team by head coach Urban Meyer, after a report was posted online by ex-ESPN journalist Brett McMurphy. It accuses Smith of physically abusing his then-wife Courtney Smith over the years, and that Meyer knew about it all along. Smith’s future is now in the hands of the law as he has been charged with criminal trespassing of his ex-wife’s house. It’s a comedown for the man who harbored dreams of being a football coach right from childhood.

Courtney Smith is the ex-wife of Zach Smith, Ohio State football team’s former assistant coach. She had alleged that she was at the receiving end of his physical and mental abuse during the time she was married to him.

Here are some details from Zach Smith’s wiki.

Brett McMurphy’s Report has Kicked Off a Storm

McMurphy’s report stirred a hornet’s nest, to say the least. It alleged that head coach Urban Meyer knew about the continuing abuse, as Courtney Smith had told Meyer’s wife, Shelley Meyer, about it.

Meyer had told Smith that she would inform her husband about it. However, Urban Meyer claims that he did not know about Zach Smith’s abusive behavior until now, and fired him when he found out. 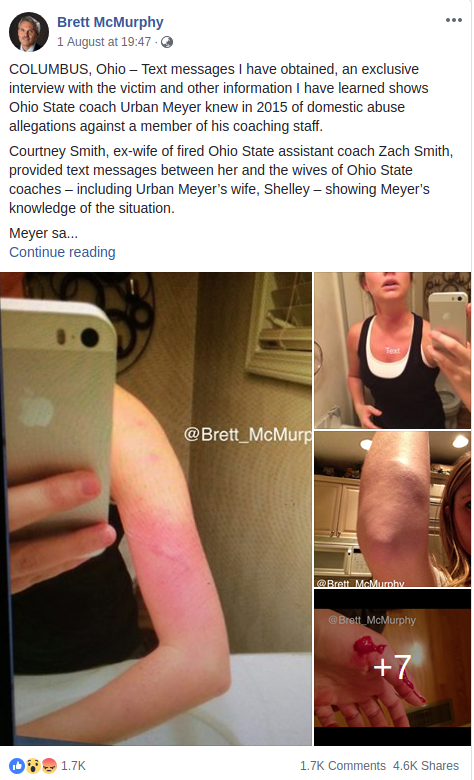 Zach Smith’s ex-wife claims that Meyer is lying and that he had been protecting her former husband all this time. This has become a big unwanted scandal at Ohio State, and Meyer has already been placed on administrative leave.

Zach Smith, age 33, was born into a family who had a long history of being involved in sports. His grandfather, Earle Bruce, was a coach of the Ohio State Buckeyes years ago. Smith remembers he had seen a band playing on the lawn for his grandfather when he was a child.

Smith grew up in the Columbus area and graduated from Dublin Coffman High School. He played football but realized after some years that he “wasn’t going to be a first-round draft pick.” So, he took all the knowledge and skills he had and decided to become a coach instead.

Later, he studied at the Bowling Green State University and then sports management at the University of Florida. He met Urban Meyer, and he saw a potential for coaching in Smith.

Smith followed Meyer to the Florida Gators football team. There, he worked as a graduate assistant and quality control coach for five years.

He then worked in a couple of other jobs and started preparing to become a full-time assistant. Smith then found himself with Meyer again at Ohio State football.

Becoming a Coach Was Predestined

Smith said that he always knew he would end up being a coach at Ohio State.

He said, “I think I always knew, but I don’t know at what age it became what I really was going to do. I always said it, but when you’re five years old you say it, and people laugh, and you go back to playing with Legos.”

Also Read: Everything You Need to Know about Larry Nassar

In July 2018, Smith was charged with criminal trespass due to an incident on May 12, 2018. He was dropping off his son at his ex-wife’s apartment complex.

According to Courtney Smith, her ex-husband violated the terms of their divorce by going to her home. She told the media that Smith did so regularly, which is why she went public about the years she spent being at the receiving end of Zach Smith’s alleged abuse.

Courtney Smith was worried about how all this would affect their two children, who were very young and highly impressionable.

But this was not the first time that Smith had been accused of unwanted behavior.

In June 2009, he was arrested for aggravated battery when he reportedly threw a pregnant Courtney Smith into a wall after they argued at their house.

At that point, the Smiths were living in Gainesville, Florida, as Zach Smith was working for Urban Meyer with the University of Florida football program.

Meyer has said that he was aware of this 2009 incident. He and his wife had allegedly connected with the Smiths and encouraged them to seek counseling.

Smith continued to work for the Florida football team. And when Meyer got the Ohio State job in November 2011, he decided to hire Smith as a wide receivers coach for the Ohio State Buckeyes team.

The Main Point of Contention

Smith got into trouble with the law once again in October 2015, when the Powell (Ohio) Police investigated him for domestic violence against Courtney Smith. However, they were separated at that time.

This incident is the bone of contention between Courtney Smith and Urban Meyer. Smith claims that Meyer knew about this incident but continued to protect Smith. Meanwhile, Meyer argues that he was totally unaware of this incident.

Meyer has said that if he had known he would have fired Smith back then itself.

Meyer did finally fire Smith the very day journalist Brett McMurphy first reported on the October 2015 incident. So, what happens to Smith now?

The Smiths have agreed to an expedited discovery process to assess her claims. Zach Smith has to appear in court on August 22, 2018, for a hearing related to the criminal trespassing charge against him. 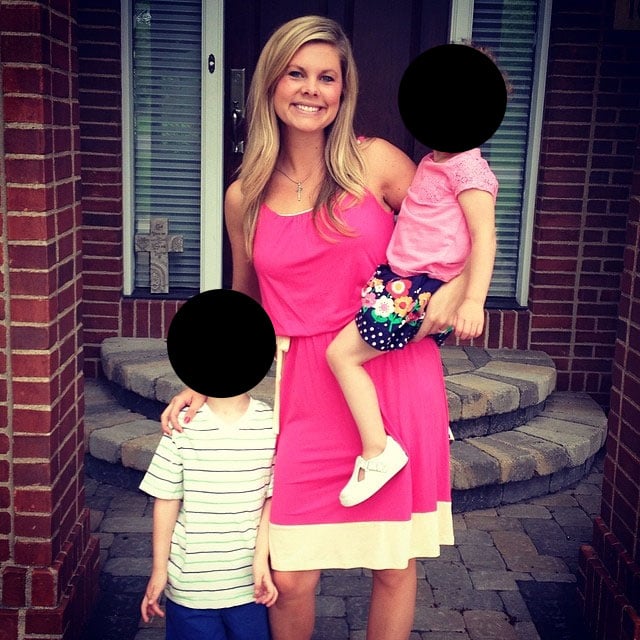 One big reason why both want a quick resolution is due to their two young children. Cameron Smith, their son, and Quinn Olivia Smith, their daughter, will be deeply affected, no matter what the final decision is.

Meanwhile, Ohio State University has cut off all associations with him.

Right now, the Ohio State football community is watching the proceedings with great interest to know what happens next. People are hoping that the truth comes out this time and justice is delivered.

Domestic violence against women has always been a controversial subject, but sometimes it gets swept under the rug.

Courtney Smith has made serious allegations against her ex-husband. Now, the fate of Zach Smith is in the hands of the law.

Also Read: How Did Larry Nassar Abuse His Victims?