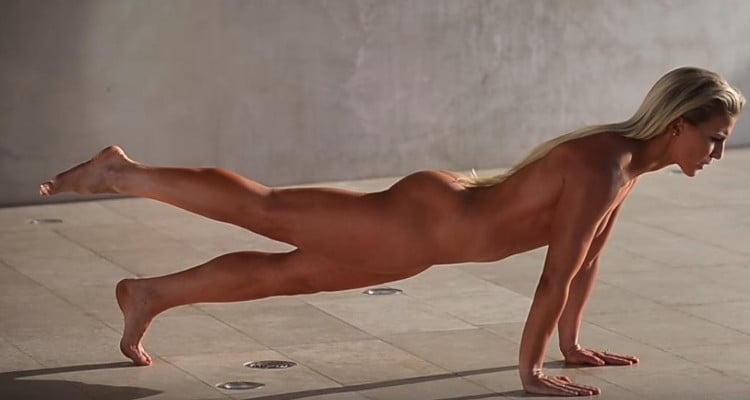 Zach Ertz’s wife, Julie Ertz’s reaction to him making the Superbowl was so epic, people are still talking about it! The soccer star got very emotional and was super excited about the feat, and fans agree! ESPN got the couple to do a shoot for their infamous “Body Issue” in 2017—and we can see why they made the cut! Check out our top seven sizzling Julie Ertz hot pics below!

Julie Ertz’s Instagram account showcases her righteous life of sports and her very tall and talented husband, Philadelphia Eagles’ tight end, Zach Ertz. The athletic couple tied the knot in March 2017 but were dating for more than five years before that.

Here’s more on the successful couple, along with pictures of the beautiful, leggy lady!

Julie Ertz met her husband, Zach Ertz, at Stanford University. They were both there for a baseball game.

This is Julie and zach Loved working with them. Thank you once again for having me and letting me be part of the creative process grateful ? @carlos_serrao @espn #julieandzach #bodyissue #espnbodyissue2017 #creativemovmentdirection

At the time, Zach Ertz was studying at the university, too.

However, it wasn’t until 2012 that the two got closer.

Every body has a story. @espn #bodyissue

When Julie Ertz was part of the winning U20 Women’s World Cup team, Zach Ertz congratulated her over text. And she returned the congrats when Ertz scored a touch down during one of his games.

They were friends up until then, but after the ice broke, they began dating.

Four years later and many wins down the line, the six-foot-five tight end got down on one knee at the very baseball stadium they first layed eyes on each other.

The wedding ceremony included many athletic friends from both sides of the family. The outdoor ceremony took place in California at the Bacara Resort & Spa.

HAPPY BIRTHDAY to my best friend, my husband! I hope your day is as amazing as you are! 27 years old never looked so good. I love you so much and can't wait to celebrate with you. You mean the world to me and I couldn't imagine it without you. I am so grateful to be your MRS. I Love you @zachertz ❤️

On her wedding day, Julie Ertz wore a low-cut, backless lace gown with a sweetheart neckline made by Katie May. And she was more than delighted to get married to her best friend, Zach Ertz. The couple looked like absolute perfection.

Happy one month @zachertz ! I wish I could be back in this exact moment. I love you babe thanks for making me the happiest wife. Best day ever!! ?

#6. Beauty With Her Beast

In Zach and Julie Ertz’s “Body Issue” for ESPN, the couple was interviewed about which part of each other’s body they like the most. Although both of them named the same part, Julie Ertz said “glutes,” whereas her husband was more than happy to stick to “butt.”

Red carpet at the #Espys with my date and winner of team of the year @juliejohnston2!

The couple went to Hawaii for their honeymoon. The Ertzes have shown nothing but class and elegance not only in their sporting line, but also in the way they conduct themselves in their personal lives.

The NFL Super Bowl is all set to kick-off on February 4, 2018, and we can’t wait to watch who wins the mega event!