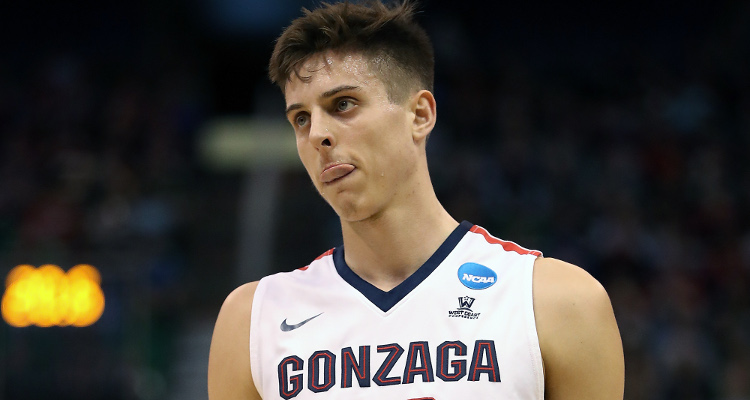 It looks like LaVar Ball’s kids aren’t the only rising stars in the NBA! Gonzaga Bulldogs’ basketball Power forward, Zach Collins, is a star on the rise and the right people are taking notice. If you want to know more about him, then have a look at our Zach Collins wiki.

Zach Collins was born on November 19, 1997 in Las Vegas, Nevada. He attended Bishop Gorman High School and now plays for the Gonzaga Bulldogs. He stands at 7 feet tall and weighs 230 lbs, and earned a shooting average of 9.9 points and 5.5 rebounds last season. There isn’t anything on Collins’ family yet, but that may change, once he gets more attention!

Like any player, Collins has a scouting report that looks at his strengths and weaknesses before any final decision is made. The scouting report below lists Collins’ assessment, via NBA Draft Room.

“Collins is a super smooth offensive talent who can score from all three levels. His post-game is advanced for a young player and his shooting touch sets him apart from most other big men. His jumper is quick and accurate with a high release point and smooth follow through.

Collins can score with his back to the basket, using a quick drop step to get to the rim or utilizing the turnaround jumper. He’s a very crafty player who has an advanced repertoire of moves and a soft touch.

He’s a decent shot blocker who plays fundamentally sound defense and does a good job of going vertical to avoid fouls.”

“Lacks strength and will be overpowered in the lane against NBA centers. Doesn’t have very quick feet or top end speed and can be a liability when guarding on the perimeter. Doesn’t project as a force in the paint at the next level and will likely be more of floor-spacing big man.”

Collins’ net worth may not be available at this time, but his personal Instagram account is zachcollins_33. There, you will find a few personal photos of the Gonzaga University rising star, including his prom date and possible current girlfriend, Angelica Rose Payne. She goes to UCLA and is an Alpha Phi sorority sister. But don’t bother trying to look through her account —it is currently private!

Collins may just be a freshman, but he is fifth in scoring on the team which makes him a valuable player in the long run. He has a combination of size and skill, making him an asset on the court and the reason why his team is going to the Final Four.

“I just told myself you’ve got to come in and do your job and be confident,” said Collins to the media. “And I’ve been doing it all year. I’ve been bringing energy all year, and I just had to remember that I have to have the confidence in myself to go out there and make plays, and that’s what I did.”

With that attitude, practice, and persistence, there is no telling where Collins will go next. And with his height, there is very little that is out of his reach.