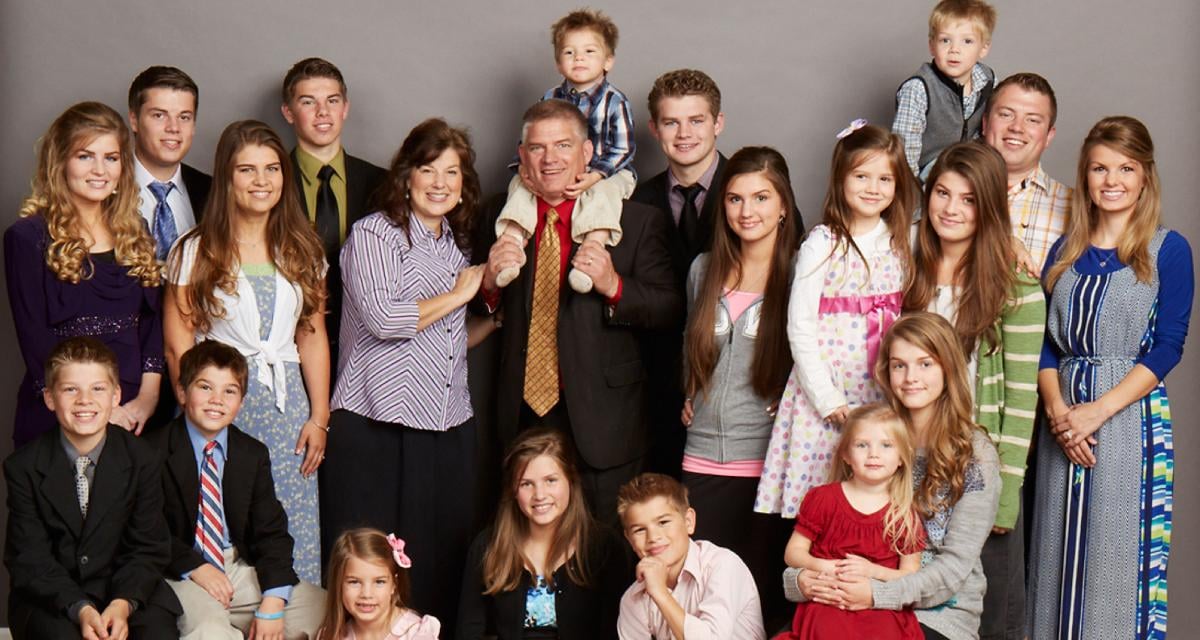 Zach Bates is the oldest of 19 children in the famous Bates family. He has appeared on several TV shows with his family, along with his wife and kids. Zach is a police officer and became the youngest county commissioner of Anderson County, Tennessee some years ago. He even ran for mayor and has contributed greatly towards keeping his community safe. Zach currently lives in Clinton, Tennessee with his wife, Whitney Perkins, and their two children. And at 29 years old, he is a role model for many.

Bringing Up Bates is an American reality television show that follows the lives of Gil and Kelly Jo Bates, and their 19 children. That’s right, folks! They have a total of 19 children!

However, one of the couple’s children has captured people’s attention slightly more than the others. And it’s their oldest son, Zach Bates, who is married to Whitney Perkins.

Many are curious to know more about him and his little family, so here are some details from Zach Bates’ wiki.

How Old Is Zach Bates?

Born on December 30, 1988, in the United States, Zach Bates’s age is 29 years old. His full name is Zachary Gilvin “Zach” Bates, and he’s Gil and Kelly Jo Bates’ oldest child, born less than a year after his parents’ marriage.

He once spoke about growing up with so many siblings saying, “There’s never a dull moment. Every year, you know, there was – just add another person – it doesn’t feel abnormal to me.”

Zach was homeschooled when he was growing up, and he scored high on his ACT.

He Spent His Time Fruitfully in College

Zach studied history and criminal justice in college and was considered a good student. He completed his Emergency Medical Technician (EMT) training and secured a 4.0 score.

He also gave back to society by working at his local fire department when he was still a college student.

The Relationship That Didn’t Work Out

Even though the 29-year-old reality star is married to Whitney Perkins, she was not Zach Bates’ first girlfriend. That honor goes to a young woman named Sarah Reith.

Zach and Sarah began dating around June 2011. However, they announced their breakup on July 12, 2012.

How Did Zach Bates and Whitney Perkins Meet?

Zach met Whitney when she was working as a “carhop” at a local Sonic Drive-In, an American drive-in fast-food restaurant chain. A carhop is a server who brings fast food to people in their cars at drive-in restaurants.

When you have a hot date like this guy for your 25th birthday, life is good.. ?????? #birthdaysurprises #25feelsgood

The two liked each other almost immediately. They became friends and started spending a lot of time together.

Zach and Whitney formally announced their courtship on July 17, 2013. Although they had decided not to have a physical relationship, Zach actually kissed Whitney before they got married to each other.

Their Wedding Was a Warm and Loving Family Affair

On September 12, 2013, Zach proposed to Whitney and was overjoyed when she said an emphatic “yes!” They got married at 1:00 p.m. on December 14, 2013 at First Baptist Church in Lake City, Tennessee, in the presence of their large family and close friends.

Zach Bates’ wedding was a grand affair. His brother, Lawson even wrote a song for the occasion, which the guests later sang at the wedding.

On June 14th of this year, Zach and I lovingly renewed our vows with our children and close family and friends present. This was one of the most memorable and sentimental moments of my entire life, because it was so much bigger in my heart than just exchanging vows that we wrote to one another. It was the first time that my parents witnessed our vows, and to me, it was the most beautiful and most teary-eyed and most wonderful thing in the whole world! Vowing my love for my incredible husband is something I would do a million times over. ✨ . One of my biggest regrets in life was decisions I made that led me down a road of loneliness, guilt, and heartache. I didn’t value the amazing parents I had and drove a wedge in our relationship for many years. As I got older and married Zach, I knew in my heart that I needed to make things right with God and my parents. My gracious and Godly parents not only forgave me before either of our children were ever born, they loved me unconditionally. They were there for me at Bradley’s and Kaci’s birth. They’ve been there for me through thick and thin. They are the best parents in the world and two of my very best friends.❤️ . This renewal was as much for them as it was for me! It was a picture of the forgiveness, love, and restoration they extended to me years ago! I feel blessed beyond what any words could ever convey and God deserves all the glory and praise!?? My heart is overwhelmed with gratitude for my family and my precious husband. ❤️ I look forward to sharing some of the precious moments from this in upcoming photos and Bringing Up Bates special episodes.?? . If you took time to read through all this, thank you for letting me share my heart and share what the Lord has done in our lives. There is HOPE, there is LOVE, there is FORGIVENESS in the Lord Jesus Christ no matter the situation.??✝️ . And @britconr we cannot thank you enough for capturing the most precious day of our lives in the most beautiful and incredible way!? . #bestdayofmylife #loveneverfails #brittanyconnerphotography @huntervalleypav @britconr @thebatesfam @bringingupbates @swankfloral

Zach had six groomsmen that consisted of his brothers and a few close friends. Unfortunately, Whitney’s parents couldn’t be at the wedding, but they were present when the young couple renewed their vows on June 14, 2018.

New Additions to the Family

Given the Bates family’s propensity to have children, it was no surprise when the couple announced that Whitney was pregnant with their child barely a few months after their marriage.

When Whitney Perkins and Zach Bates’ baby boy was born on October 29, 2014, they were the happiest couple in the world! They named him Bradley Gilvin Bates.

The couple opened about their new baby and said, “We can’t even begin to explain how overjoyed, excited, and grateful we are to be parents! We just can’t seem to take our eyes off of him. He has already brought so much joy into our lives, and he’s enjoying being the center of attention in the Bates family. We are thankful to the Lord for this precious gift of life!”

Kaci Lynn has been sick for almost a week now and Bradley literally won’t leave her side.. ❤️? He sure is living up to his big brother duties. ? #tenderheart #bestbigbrother #love

The stork visited them again, and on June 20, 2016, they welcomed their second child into the family. They had a baby girl and named her Kaci Lynn Bates.

However, a tragedy struck them when they recently tried for a third child earlier this year, when Zach Bates’ wife lost her baby due to a miscarriage.

What Is Zach Bates’ Job?

Considering that Zach has a family to support at such a young age, people are curious about what he does for a living.

He Has Dabbled in Politics

Zach has had his eye on entering politics, even as he was protecting and helping citizens in Anderson County, Tennessee. He was elected to be the county’s commissioner and became the youngest person ever to win a county commissioner seat.

In 2014, he also ran for mayor of Anderson County in the Republican primary. But, unfortunately, he lost the primary to Terry Frank on May 6, 2014.

While Zach Bates’ net worth is not known, he does get a regular salary as a police officer. However, his parents have a net worth currently estimated to be around $1.0 million, according to sources.

Besides, raising all those children and grandchildren sure costs a lot of money!

He Has Appeared on Several TV Series

In addition to working nights as a police officer, Zach has also appeared on TV in reality TV shows like 19 Kids and Counting, United Bates of America, and Bringing Up Bates.

The TV series, United Bates of America, focused primarily on Zach Bates’ family but aired for only one season. Meanwhile, Bringing Up Bates has proved to be very popular and has aired for seven seasons already.

They Have a House of Their Own Now

Bates and Perkins were very keen to live in their own home, so after renting for a few years, they purchased their a house at M&M Title Company Inc. in Clinton, Tennessee. Although both fell in love with their new house, they decided to make some major renovations before they moved in with their kids.

Armed with a budget of $15,000 and a six-week schedule, Zach Bates and Whitney Perkins’ new home makeover included removing a few walls, adding new floors, and slapping on a new paint job.

‼️? HOUSE UPDATE ?‼️ So for those asking, here are a few pics of the new house reno journey so far. Several walls have been torn down, beams put in, arch built, floors taken out, new drywall, lighting, etc. including bedrooms & bathrooms..?? (what were we thinking?) We have spent every day Zach has had off work working till close to midnight and most evenings going over to work as soon as he went off duty to get as many hours in as we could to get the job done! ?? Getting to be by Zach’s side through every step/project in this process has yes, been quite challenging BUT brought us together so much more as a couple and taught us so much! ❤️ Buying a house was a huge step, but taking on a full reno was huge leap.. however, making this house a home TOGETHER has truly been more rewarding than we could have ever hoped for!! (even through different opinions on style or going home covered in sawdust and insulation?) We still have the kitchen, floors, and paint left, but we finally see the light at the end of the tunnel!!??? So stay tuned!! #makingprogress #memories #ourlittlehome

They got the renovation materials from Knox Rail Salvage in Knoxville, Tennessee, and had plenty of assistance from the eager-to-help Bates family, who got it done in eight weeks!

Zach and Whitney now live in their fabulously renovated house and are very happy with the outcome.

He Is a Role Model

Today, Zach is proud that he works hard to provide for his family and is an important member of the local community. He has the love and respect of the Bates family, as well as that of his own family.

He is a good husband, father, son, and brother, and contributes heartily to his community keeping them safe and sound.

Although he’s only 29, he already knows what the important things in life are, which is probably why so many fans tune in to stay updated on all things Bates.

Love the Sundays my man is off work and gets to go to church with us!! ?⛪️?? #love #blessed #handsomehubby