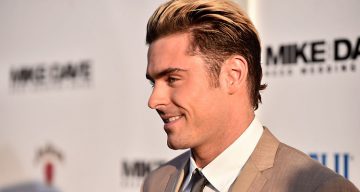 You never know what dark secrets you’re going to hear when playing a game like Never Have I Ever, but when Neighbors 2 actor Zac Efron, tells all, you aren’t too surprised at the answer. While promoting Neighbors 2 with fellow co-star Seth Rogen, both actors stopped by Buzzfeed to promote their movie and play a round of the classic drinking game, Never Have I Ever—but with paddles instead of drinks.

Rogen was guilty of giving Efron a fake number and Efron admitted to running after his dog, shirtless! Are we really surprised? Efron’s job in Neighbors 2 doesn’t require him to cover up much, so why should he be any different at home?

Check out the full video below and hear all the gory details yourself!