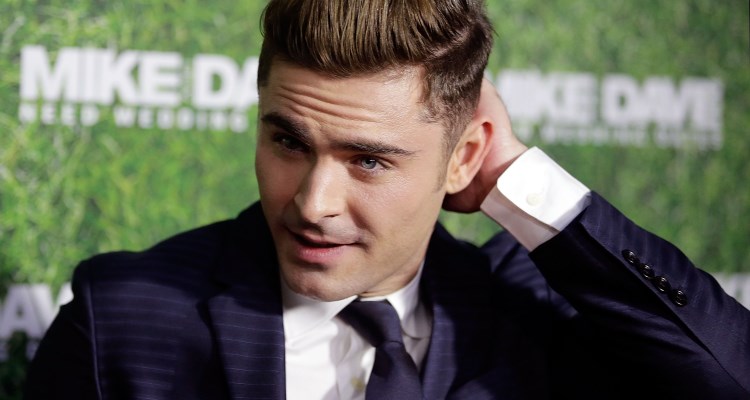 Hollywood just wouldn’t be the same without teen heart throb, Zac Efron— which is why we’re relieved that the 29-year-old actor has a few movies, releasing in 2017! With Baywatch, Zac Efron’s new movie, 2017 is starting to improve already.

We will say this: The latest Zac Efron upcoming movie is 2017 ready, and we’re prepared to go down the list of the actor’s new movies for 2017.

Zac Efron’s new movies are some of this year’s most anticipated ones, and we can’t wait for them to finally hit theaters everywhere! If you want the full list of Zac Efron’s upcoming movies, then we have just what you need.

The Baywatch star has since graduated from his High School Musical days and matured into a more diverse actor. That is when he’s not showcasing his fit physique in a series of comedies! Efron has come a long way and though it can be argued that he plays the usual stereotypical “frat brother” roles, he’s certainly found his place within the comedy genre.

It’s gonna be May! It’s not time yet, but Efron is going to be showing off all the muscles he has in the remake of the hit ‘90s show-turned-movie, Baywatch. Efron will be joined by Central Intelligence star, Dwayne Johnson and Quantico star, Priyanka Chopra in the upcoming action comedy, set to be released on May 19. Baywatch was a huge success in the ’90s as the show focused around a band of lifeguards and their efforts to maintain safety on the local beach. Believe it or not, the show was canceled after it’s first season on NBC, but went on to become one the most watched TV shows in the world! Efron will be playing the role of Matt Brody, a disgraced gold medalist Olympic swimmer who is used as a PR stunt to gather more interest in the Baywatch team’s work. His character is very similar to his Neighbors character, but without the dead body! That’s right—Efron and Johnson’s characters try to solve the case of a dead body, while butting heads with each other. Now, it’s up to the lifeguard team to try and solve the murder of the unknown victim on the beach and how Chopra’s character ties it all together. It should be interesting seeing Chopra as a villain instead of a heroine, but judging by the trailer, she looks like she felt right at home. Audiences love seeing Efron in comedic roles and it’s no surprise that he bulked up even more, just to try and look bigger in comparison to his co-star, Johnson.

It's JAN 2nd and time to get after it. Every Monday from now until Memorial Day Weekend when our movie is released, we'll launch something new from #BAYWATCH. Why Monday's? Because we're the only bad ass motivating movie that can tackle Monday's and make Monday's our beach. #AvengersOfTheBeach #UltraTanned #AndHighlyDysfunctional #BAYWATCH MEMORIAL DAY WEEKEND ????

Alternatively this year, fans will see Efron portray Dan Janigian in the cult classic, The Room, which is directed and also stars actor, James Franco. The film is a behind-the-scenes look at the making of Tommy Wiseau’s, The Room. The Room has been described as the Citizen Kane of bad movies and fans get to see Efron, Seth Rogen, and Alison Brie among the cast. The exact release date isn’t determined yet, but it’s expected to be a hilarious mockumentary. Franco and Rogen are a good team and when you add Efron to the mix, anything is possible. Franco has proven himself to be a versatile force in Hollywood and there’s no sign of him slowing down, either. When you have a rhythm, you have to just go with it and if that rhythm involves Zac Efron, then you’re golden! We look forward to seeing this one and we wouldn’t be surprised if Efron just so happens to be shirtless for no reason at all. 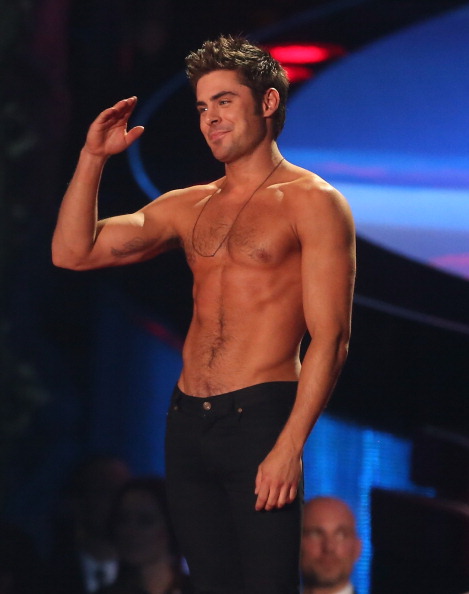 Fans looking to see Efron get back to his musical roots will enjoy watching him star in The Great Showman. Efron will be joined by actress Michelle Williams, Hugh Jackman, Zendaya, and Rebecca Ferguson. The film tells the story of American showman, P.T. Barnum (Jackman), the founder of the circus that became the famous traveling Ringling Bros. Efron’s role has yet to be confirmed but it’s very likely that he will be playing Barnum’s young show partner, Bailey. Does this film have enough star power to make it award-worthy? The story is interesting enough and everyone already knows what capable singers Jackman and Efron are. With the addition of Spider-Man: Homcoming’s Zendaya and Mission: Impossible-Rogue Nation’s Rebecca Ferguson, this film already has our attention and we can’t wait to see it! The film will be released on December 25, making it the perfect Christmas gift.

There’s no telling what’s next for Efron or what roles he’ll tackle on the big screen, but we know that he’s not afraid of any project and he continues to push himself. From High School Musical to Baywatch, fans have seen the young actor grow into himself and find his way in the world of cinema. Sure, taking your shirt off can help here and there, but we can expect to see a different side of Efron in the near future.