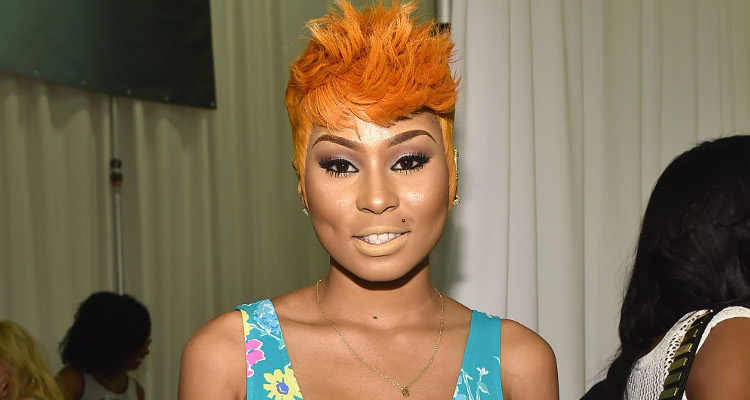 Just Brittany is the next big thing out of Houston. She may break through the hip-hop scene soon, thanks to Rick Ross, but she’s gaining some attention for something other than busting rhymes. Rapper Z-Ro, her ex-boyfriend, was arrested for allegedly assaulting her! Here’s what you need to know about Z-Ro’s ex-girlfriend in our Just Brittany wiki.

Brittany Bullock was born in June 1989 in Houston’s 5th Ward, which makes Brittany’s age 28. One of four kids born to Leticia Franklin, she attended Nat Q. Henderson Elementary and showed an inclination for music early on, and she also maintained an outstanding academic record.

With a streak of straight A’s and great conduct in school, she was a regular on the Dean’s List. In fact, she graduated early, at the age of 16, and was the class valedictorian. After graduating, she decided to devote herself to her music career. As she steadily gained success, her sister also graduated from high school as class valedictorian.

The Queen of H-Town

Though outstanding in academics, Bullock always knew she wanted to become an entertainer. She was encouraged by her mother and inspired by artists like Yolanda Adams, Beyoncé, and Lana Del Rey. She embarked on a music career under the name, Just Brittany.

Helping her talent get recognized was Christopher Moore, better known as C-Moe of the Narrators. She collaborated with the singer, songwriter, and producer on her first single, “Call Me 4 Dat Good.” It was such a success, she broke into the Billboard charts and landed a contract with Cash Money Records.

With Cash Money, she recorded her debut EP, Not Just a Pretty Face. The songs “Slumber Party” and “Color” also ranked on Billboard. Even after her departure from Cash Money, she continued independently, working with different artists and gaining notoriety as the Queen of H-Town.

She adds modeling, acting, and upcoming eyewear & swimwear line among her list of accomplishments. You can find her songs and videos on her YouTube channel, including her collaboration with Drake. Despite her independent success, her net worth has not been calculated.

VH1’s new music competition, Signed premiered on Wednesday (July 26) with Rick Ross, Lenny S., and The Dream, looking to sign fresh hip-hop and R&B talents to their labels.  The premiere introduced us to the artists looking for a major record deal that would jumpstart their careers. One of the rappers in the booth was Houston’s very own Queen, Just Brittany.

Brittany’s rhymes left Lenny S. and The Dream less than impressed. However, Rick Ross saw some potential in her. She may be looking at a deal with Ross at the end of the season! But there seems to be a tough competitor, Jazz Anderson, the only other female rapper in the competition. The daughter of Basketball Wives’ Tami Roman has proved to be pretty impressive too, which may make things tough for Brittany.

“Beware of people who will do anything for a clout or to get on. Hungry Dogs ain’t loyal. They will eat with anybody who got food.” #justbrittany

Houston rapper, Z-Ro, whose real name is Joseph McVey, was arrested for reportedly assaulting his ex-girlfriend, Just Brittany. The two broke up not too long ago and even collaborated on her songs like “Mama Should’ve Told Me” and “Slow Bangin.’”

Brittany reported the incident (which allegedly happened back in April) to police last weekend. She even played an audio recording of the night it was said to occur. According to what Brittany told authorities, she visited the rapper at his residence to cancel a date when Z-Ro slapped, punched, and dragged her for almost two hours. As new details emerged, it was reported that he held a pistol and assaulted her until she threw up.

It is not clear why she waited three months to report the assault. After she filed the complaint, Z-Ro was arrested for aggravated assault. He is currently being held without bond. The 40-year-old rapper is said to be retiring after two decades in the business. On June 30th, Z-Ro released No Love Boulevard, which is speculated to be the last album of his career.

While more details on Z-Ro’s assault case are awaited, Just Brittany will be rapping up a storm on VH1’s Signed on Wednesday nights at 9:00 p.m. EST.