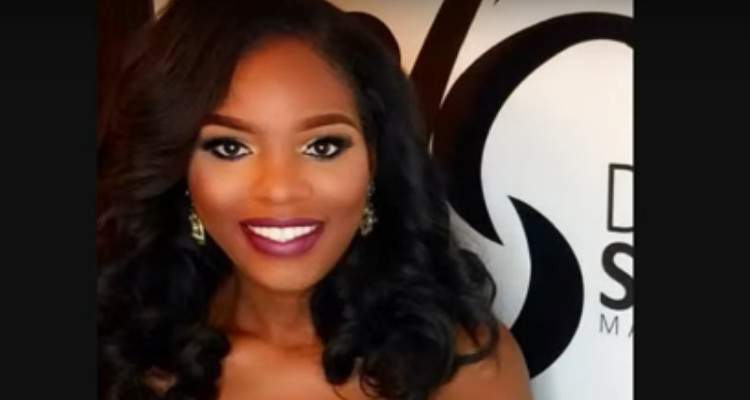 Trinidad and Tobago may be a small country, but they will be out cheering in full force as their representative, Yvonne Clarke takes the stage at the Miss Universe 2017 beauty pageant on Sunday, November 26, 2017, at Las Vegas in Nevada. Clarke has everything a young woman needs to win the top prize and she’ll likely be a major threat to all her competitors. She is educated, independent, kind, and graceful and wants to use her abilities to bring about positive social change.

Since the size of the country you represent at the Miss Universe 2017 pageant has no bearing on the results of the contest, it doesn’t matter if the contestant is from a small country or a big one. This means that the contestant from Trinidad and Tobago has as much a chance as any other contestant to win the top prize at the Miss Universe 2017 pageant, which is being held on Sunday, November 26, 2017, at The AXIS in Planet Hollywood, Las Vegas, Nevada, USA. This is precisely why everyone must watch out for Yvonne Clarke, who was crowned Miss Universe Trinidad and Tobago 2017 on October 23, 2017. There’s no doubt her country will be rooting for her with pride when Clarke sashays down the stage in her attempt to bring home the coveted top prize. People want to know more about this beauty from the Caribbean, so we bring you some details from Yvonne Clarke’s wiki.

Born on April 14, 1990, in San Fernando, Trinidad and Tobago, Yvonne Clarke’s age is 27. Clarke is a graduate of Naparima Girls’ High School and is currently a full-time student of Clinical Sonography. She is also the Managing Director of her own company that deals in fashion. It is not easy to manage a professional career while studying for a degree at the same time, but Clarke is managing it just fine! She understands the value of time and makes sure that she has ample time to devote to all her commitments. Clarke is lovingly called by her nickname “Yvee, ” and in 2014 she moved to Port of Spain.

Birth of a Dream

#Day2 Starting my day off with a #heartybreakfast at @phvegas ofcourse. Have a great day hunnies ? #trinidadandtobago?? #MissUniverse #TeamYvee #LasVegas #MissUniverse2017 @kissed_accessories thank you , your #earings are #fab ❤

Clarke is currently staying in the convergence of Port of Spain North/St. Ann’s West. She comes from a large and loving family and is the middle child of seven siblings. Clarke’s dream of winning the country’s beauty pageant began when she was just nine years old when she saw Ms. Wendy Fitzwilliam win the title in 1998. Since then, Clarke has participated in and won many beauty pageants, which have given her a rich experience and tons of self-confidence. Her kindness, grace, and dignity have made her stand out among her peers and have marked her for greater things—one of which could very well be the Miss Universe 2017 contest!

Clarke has amazing self-confidence and believes that even in her small country of 1.3 million people, they have the innate potential to shine as an example to the rest of the world to follow and celebrate. Clarke has taken an interest in philanthropy and has made up her mind to utilize the Miss Universe Trinidad and Tobago platform to educate and empower the public on women’s health issues and wellness. Ever since Clarke’s aunt was diagnosed with breast cancer and ultimately succumbed to it, the Breast Cancer Awareness platform has become very dear to Clarke, and she is using it to carry on her aunt’s legacy of fighting the disease and provide courage in facing it.

Someone to Watch Out For

There is no information on Yvonne Clarke’s family or boyfriend so we cannot comment on or confirm her relationship status. Those who want to look for Yvonne Clarke’s hot pics will be not disappointed by the pictures on her Instagram account. Yvonne Clarke’s Instagram account is full of pictures of Clarke wearing pretty dresses, with her friends/family, with winners of other pageants, and of her social service commitments. Clarke has her heart in the right place and with a wise head on her pretty shoulders, she will definitely be one of the contestants to watch out for at the Miss Universe 2017 pageant on November 26, 2017!

My #WCW is more like a Queen's Crush ? Kenisha Thom-Iton was crowned Miss Universe Trinidad and Tobago in 2006. Born and raised in Tobago, Mrs. Thom-Iton founded an NGO called Arts-Insight, which is committed to assist persons with disabilities. Since her crowning, she has worked with various HIV/AIDS organizations and was even awarded a scholarship by the International AIDS Society to exhibit at the International AIDS Conference in 2012. She was such a standout in the competition on stage, but it's her giving heart and a beautiful spirit that shone off stage for me. Thank you for all that your continue to do to make Trinidad and Tobago and the world a better place ❤️ #WCE #KenishaThom #MissUniverse #MUTT2017 #love #Tobago #beauty #queen #blackgirlmagic #TeamYvee