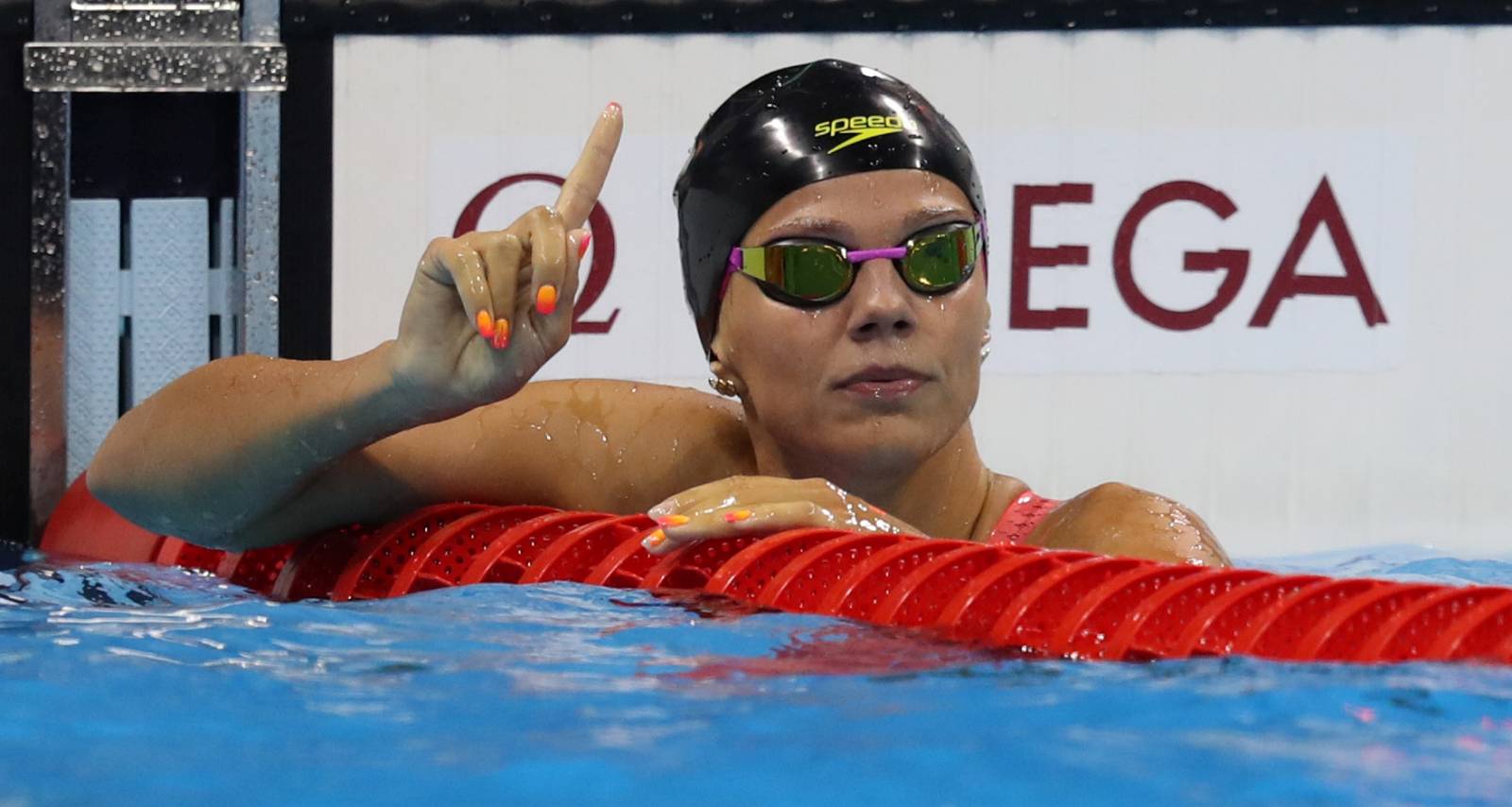 Yulia Efimova of Russia competes in the semi final of the Women's 100m Breaststroke final during Day 2 of the Rio 2016 Olympic Games at Olympic Aquatics Stadium on August 7, 2016 in Rio de Janeiro, Brazil. (Photo by Ian MacNicol/Getty Images)

Russian athletes have been under the microscope for the last few years because of doping allegations. One of them is Yuliya Efimova, a competitive swimmer who has been representing Russia for quite some time. She competed in the 2008, 2012 and now the 2016 Olympics in the breaststroke category. The 24-year-old has been a prodigy when it comes to swimming, but unfortunately the doping scandal of 2014 has taken a front seat to her achievements.

Yuliya Efimova was born in Grozny, Russia on April 3, 1992. Yuliya Efimova’s swimming abilities were noticed early on and she joined a rigorous training regimen to become a future star for Russia. Under the rule of Vladimir Putin, Russia has started on a path to restore their former glory and doing this in sports is part of the national agenda. Efimova started delivering from the London 2012 Olympics where she won a bronze in the 200m breaststroke. Efimova set several world records after that, including records in the long course 50 m breaststroke, the 50 m and 200 m breaststroke at the Barcelona 2013 FINA World Championships. She also holds the world record in the short course 50 m and 200 m breaststroke events.

It was after this that the cookie started to crumble. Efimova failed a drug test in 2014. She tested positive for DHEA, which is a endogenous steroid hormone and is banned in professional sports. Endogenous hormones originate from within an organism, tissue or cell. Efimova was disqualified from professional sports for a period beginning from October 31, 2013 till February 28, 2015. This meant that her world records were invalidated and she was stripped of her titles. The medals that she won at the 2013 European Short Course Championships were also taken away.

Efimova’s troubles did not end there. She tested positive for ‘meldonium’ in March 2016 and she was again banned by the International Swimming Federation. Luckily, her suspension was put on hold and the World Anti-Doping Agency is investigating the drug. Controversy loomed again when this time the entire Russian Olympic team was under the cloud of doping charges. Efimova was banned again but fortunately the doping ban was overturned by the International Olympic Committee and she was allowed to participate in the Rio 2016 Olympics. This was the chance that Efimova was waiting for. She gave it her best and she won the silver medal at the 100 m breaststroke event at the Olympic event.

Getting the Last Laugh

Even though the charges at this year’s Olympics were dropped for Efimova, the crowd has certainly not warmed up to her. She received boos and klaxons (obnoxiously loud horn sounds used on boats or ships) from the spectators in Rio when she came out to participate. Efimaova got a blast from them when she lined up for the semi-final event. However, Efimova had the last laugh when she won her semi-final event and waved a finger in the air. She did it to proclaim that she was back and would be No. 1. But the act did not win her any fans as she is still under suspicion of being a drug user.

Got to Come Clean

Efimova is a glamorous and beautiful swimming star, and even though many are hating on her right now, she still has fans who love her. Check out her Instagram pictures and you will know what people are going crazy about. But all the glamour in the world cannot take away the bad name that that Russian athletes (Efimova in particular) have earned, due to their doping scandals. Sports stars have a huge influence, especially on kids, so these doping scandals are crushing the reputation and role model status for these young hopefuls. Especially in a country where role models may be scarce, Efimova has a responsibility towards the game and its fans to clear her name. Only time will tell if she can.