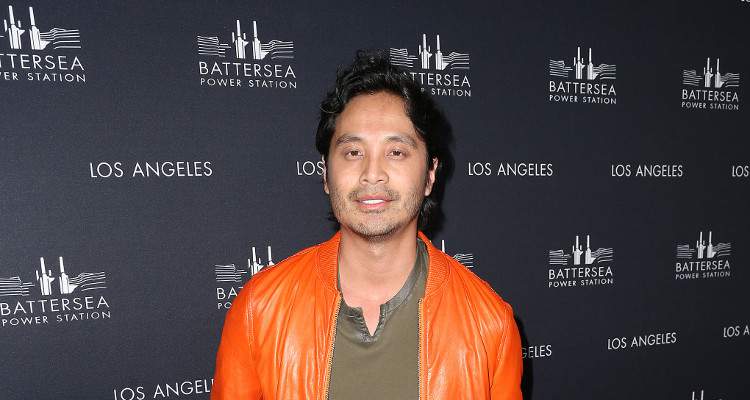 Kate Upton and Yu Tsai have recently been all over the news, especially since Upton spoke out about being sexually harassed by Guess creative director, Paul Marciano. While he denied being involved in such an encounter and referred to the allegations as “absolutely false” and “preposterous,” photographer Yu Tsai claims to be an eye witness to the harassment.

Yu Tsai allegedly witnessed Paul Marciano making inappropriate advances at model, Kate Upton, and went on to help her deal with the situation.

Upton revealed that, after the first day of shooting the Guess Lingerie campaign on July 25, 2010, “Paul Marciano said he wanted to meet with me. As soon as I walked in with photographer Yu Tsai, Paul came straight up to me, forcibly grabbed my breasts and started feeling them — playing with them actually. After I pushed him away, he said, ‘I’m making sure they’re real.’”

She added that after she declined Marciano’s offer of visiting her in her hotel room, she was fired on the pretext that she gained weight. She was devastated and confided in Yu Tsai, who told her that he would be in the room with her and Marciano to ensure nothing inappropriate happened.

Later, Tsai was fired by Marciano. Let’s get to know more about him in Yu Tsai’s wiki.

Yu Tsai is a photographer, who is based in Los Angeles and New York. Although he was born in Taiwan, his family moved to a farm in Indiana when he was a child.

A few years later, they moved to Chino, California. This is where Tsai spent his adolescence. He attended Don Antonio Lugo High School, where he was a member of the track team and Future Farmers of America.

Tsai went on to attend university in Indonesia, while studying photographs. Later, he majored in biology and graduated from the California State Polytechnic University, Pomona.

He also studied graphic design at the Art Center College of Design in Pasadena, California. It was around this phase in his life that he discovered his love for the arts, and used his directing and photography skills as a means of narrating a visual story.

Yu Tsai is an ace photographer and shot for prestigious international brands such as Guess, Coca-Cola, Apple, Emporio Armani, Victoria’s Secret, and many more.

He is known to create stories and covers for famous international magazines such as Vogue Thailand, Flaunt Magazine, Harper’s Bazaar UK, Cosmopolitan US, Harper’s Bazaar Singapore, and Sports Illustrated.

Yu Tsai’s pics and his work behind the camera are what have made his career into such a huge success. He has a huge list of celebrity clients, a few of whom include Anne Hathaway, Leonardo Dicaprio, James Franco, Forest Whitaker, Bruce Willis, Keira Knightley, and Chris Pine.

Although it is uncertain what Kate Upton’s allegations will lead to, it is extremely brave of her to stand up for herself, and for Yu Tsai to support her through all this. While we hear many stories of people allegedly turning a blind eye, Yu Tsai did a great job by standing up against injustice and inappropriate behaviour.