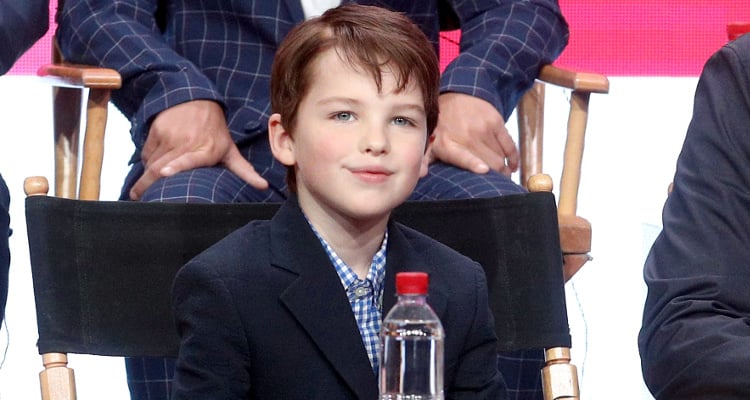 Fans of The Big Bang Theory are excited for the premiere of its prequel, Young Sheldon. Are you wondering what time Young Sheldon comes on? If so, keep reading as we give you the details about the Young Sheldon season 1 premiere.

Viewers have high expectations for Young Sheldon. The Big Bang Theory is heading into season 11, and fans cannot get enough of Sheldon Cooper, played by Jim Parsons. With the character’s popularity, executive producers Chuck Lorre and Steven Molaro decided to give fans more with Young Sheldon.

According to CBS, “For nine-year-old Sheldon Cooper, it isn’t easy growing up in East Texas. Being a once-in-a-generation mind capable of advanced mathematics and science isn’t always helpful in a land where church and football are king. And while the vulnerable, gifted and somewhat naïve Sheldon deals with the world, his very normal family must find a way to deal with him.”

The network also gave us more insight into Sheldon’s family, “His father, George, is struggling to find his way as a high school football coach and as father to a boy he doesn’t understand. Sheldon’s mother, Mary, fiercely protects and nurtures her son in a town where he just doesn’t fit in. Sheldon’s older brother, Georgie, does the best he can in high school, but it’s tough to be cool when you’re in the same classes with your odd nine-year-old brother. Finally, there’s Sheldon’s twin sister, Missy, who sometimes resents all the attention Sheldon gets, but also remains the one person who can reliably tell Sheldon the truth.”

“For 10 years on The Big Bang Theory, audiences have come to know the iconic, eccentric and extraordinary Sheldon Cooper. This single-camera, half-hour comedy gives us the chance to meet him in childhood, as he embarks on his innocent, awkward and hopeful journey toward the man he will become.”

What Time Does Young Sheldon Come on?

Your childhood inspiration helped mold who you are today. Tell us who inspired you when you were a kid using #YoungMe

After watching the Young Sheldon trailer, we are sure the show will be entertaining, and live up to expectations. Armitage has done exceptional work —something Parsons could not agree with more! “Watching Iain bring this young version of this character to life that I’ve been working on for a decade of my own life, it was really moving.” Parsons said, “I felt such a sympathy for this little guy. It was kind of mind-blowing to see him brought to life through Iain.”

Parsons even assured viewers that they don’t need to follow The Big Bang Theory to understand this show, “If you didn’t know Big Bang at all, you could watch this show on its own.” He added, “It’s a family with three kids, one of which is very special. It’s really an origin story, and it’s a bit of a memory play in that way too.”

The show generated plenty of excitement and anticipation, and people are excited for its premiere. But for now, all we can do is watch the Young Sheldon trailer and catch the special preview tonight!