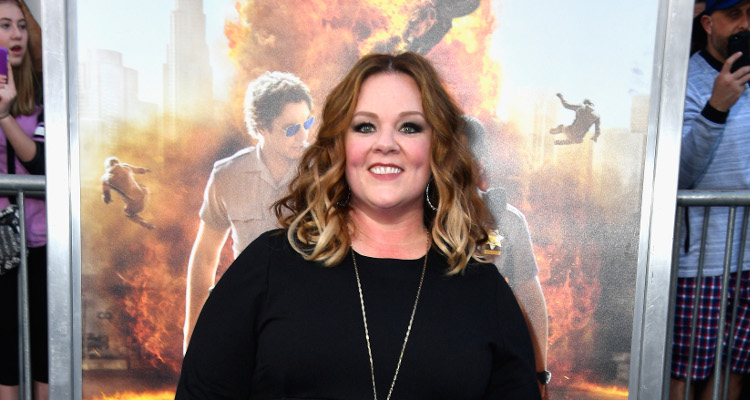 As fans have surely heard by now, the long-running hit TV series Gilmore Girls will be enjoying a brief return. However, while most of the main cast, including lead stars Lauren Graham and Alexis Bledel, will be coming back for this brief reunion, one mainstay will not be making the trip back to Stars Hollow: Melissa McCarthy, who played Lorelai Gilmore’s best friend, Sookie St. James. However, don’t be pessimistic just yet, as hope remains that McCarthy could return if the conditions are right—and the show’s return leads to another full season.

For those of you who were living under a rock from 2000 to 2007, Gilmore Girls followed young single mother Lorelai and her daughter Rory as they lived in a fictional town in Connecticut with a colorful cast of characters. The show, which received critical acclaim for its cast’s performances, the dialogue, and emotional storylines, ran for a total of seven seasons, the first six airing on The WB and the seventh and final one on The CW.

The return, which has tentatively been named Gilmore Girls: Seasons, is planned to consist of four episodes that clock in at 90 minutes each. And that’s a full 90 minutes, with no commercials; that’s because the mini-series will be airing on Netflix.

The news of Melissa McCarthy’s non-participation in the revival came via Twitter in early February. Fans noted her name was not present in the list of returning cast members, leading someone to finally ask her about it on the social network site. In response, McCarthy wrote, “Thanks for the invite, but sadly no one asked me or Sookie to come back to Stars Hollow. Wish them all the best!!” Needless to say, the fact that she was never asked had many longtime fans up in arms.

Thanks for the invite, but sadly no one asked me or Sookie to come back to Stars Hollow. Wish them all the best!! https://t.co/II2Atug4wx

However, the star of the upcoming Ghostbusters reboot recently cleared the air regarding if she was snubbed by not being asked to appear in the return of Gilmore Girls. “I didn’t actually get asked to do it,” McCarthy clarified. “But I think they thought I was busy, and then by the time it did come up, then I actually was.” While it may not be the answer people were hoping for—as Melissa McCarthy said, she ultimately wasn’t asked—it at least helps make sense of things.

Despite Sookie’s absence from the show, McCarthy is, in fact, still very positive towards it, saying she is “actually thrilled that it’s happening,” citing her enjoyment working on it and the loyalty of its fans, and announcing that she plans to watch all four movie-length episodes in full. In addition, when asked about the prospects of a return if the new content proves popular enough for a proper eighth season, McCarthy made it clear that she would jump at the opportunity. “I want to cook again. I want to put salt and then stir,” she said. “That was seven years of my life and it was really great. I was proud of that show.”

The announcement of Gilmore Girls: Seasons was first made in January and details have been scarce outside of the announcement of the series’ existence and that most of the original cast would be reprising their roles. In an amusing incident, Michael Winters, who plays Taylor Doose, appeared on a Gilmore Girls podcast and dropped so many spoilers that almost everything he said had to be censored. However, production is underway, so new details have begun to trickle out, the first of which is that props spotted indicate that a wedding may be taking place. As for who may be getting hitched, that’s currently up for fans to speculate.