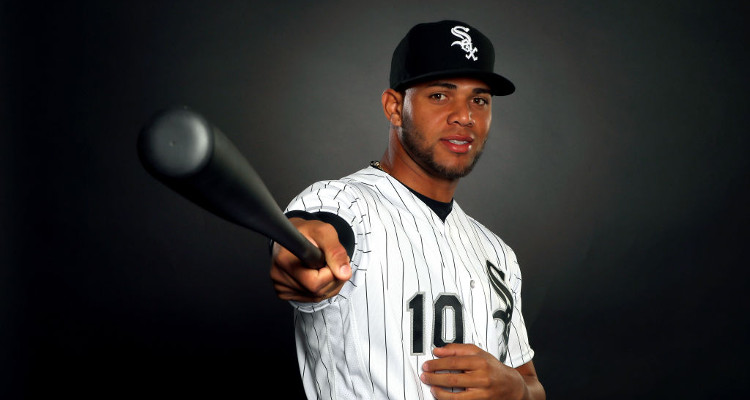 The Chicago White Sox are rebuilding their team, trading players to recruit top prospects for the long-term. Their key acquisition from trading three players to the New York Yankees is top prospect, Yoan Moncada.

White Sox fans, prepare for a new arrival! The Chicago team traded Todd Frazier, David Robertson, and Tommy Kahnle to the New York Yankees so they could make space on their roster for a batch of prospects. The White Sox called Yoan Moncada from the Minors to fill in for Frazier, which could be their best acquisition so far. Moncada is regarded as the current top prospect in baseball. Find out more about the newest entrant in the big-league club in Yoan Moncada’s wiki.

Yoan Manuel Moncada Olivares was born in the municipality of Abreus in  the Cienfuegos province. He was one of many Cuban boys who admired American baseball players and dreamed of playing in the MLB. But he was the lucky few who had the chance to do so.

He could play shortstop and second base and hit from both sides of the plate. At 16, he got international attention when he played at the U16 World Baseball Championship. At 17, he was drafted into the Cuban National Series and playing for the Cienfuegos. He matched players much older than him and built impressive stats in Cuba.

#2. He Started a Bidding War

Even in his teens, it was clear that Moncada was the better than the best. Very soon, a career in MLB came calling. He arrived in the U.S. when there was an influx of excellent Cuban players in MLB. But Moncada stood out from all of them. That’s why the Red Sox, Dodgers, and Yankees were eager to have him.

The Red Sox won the bid for Moncada which included a $31.5 million signing bonus—the highest in the league for any amateur player. The Red Sox had to pay a lot more in taxes, but it was a worthy investment. Moncada quickly became the top prospect in the entire league and was even named MVP of the MLB All-Star Futures Game.

He played with the Greenville Drive in the Minors and made his major league debut in 2016, finishing the season with a .211 batting average. He was later traded to the White Sox along with other players for Chris Sale. His net worth hasn’t been calculated, and the $31.0 million contract was his last known transaction.

Moncada has been in a relationship with a woman named Nicole Banks. They keep their personal life on the down-low, but we’ve learned she works with a sports agency. Banks specifically represented Cuban players and helped in their relocation from Cuba to the U.S. The couple reportedly has a child together.

It is said that Banks helped Moncada get his visa and arrive in the U.S. He is a rare specimen in the league who came from Cuba legally. Most Cuban players illegally defected from their homes, but Moncada followed immigration protocol. But he won’t detail how he did it or reveal much about his relationship with Banks.

#4. Called to the Majors

The White Sox are changing the team lineup for a better future and are trading seven players to prospects. With Todd Frazier, David Robertson, and Tommy Kahnle traded to the Yankees, the White Sox have an infield position opened up. So they’ve called Moncada, the top prospect in the team who will play on a regular basis.

Moncada was playing in Triple-A with the Charlotte Knights and his stats look great. The 22-year-old hit .282 with 12 homers, 49 walks, 17 stolen bases, and a .377 on-base percentage in 80 games with Charlotte. Now he’s taking these stats to the big league where he’s expected to stay.