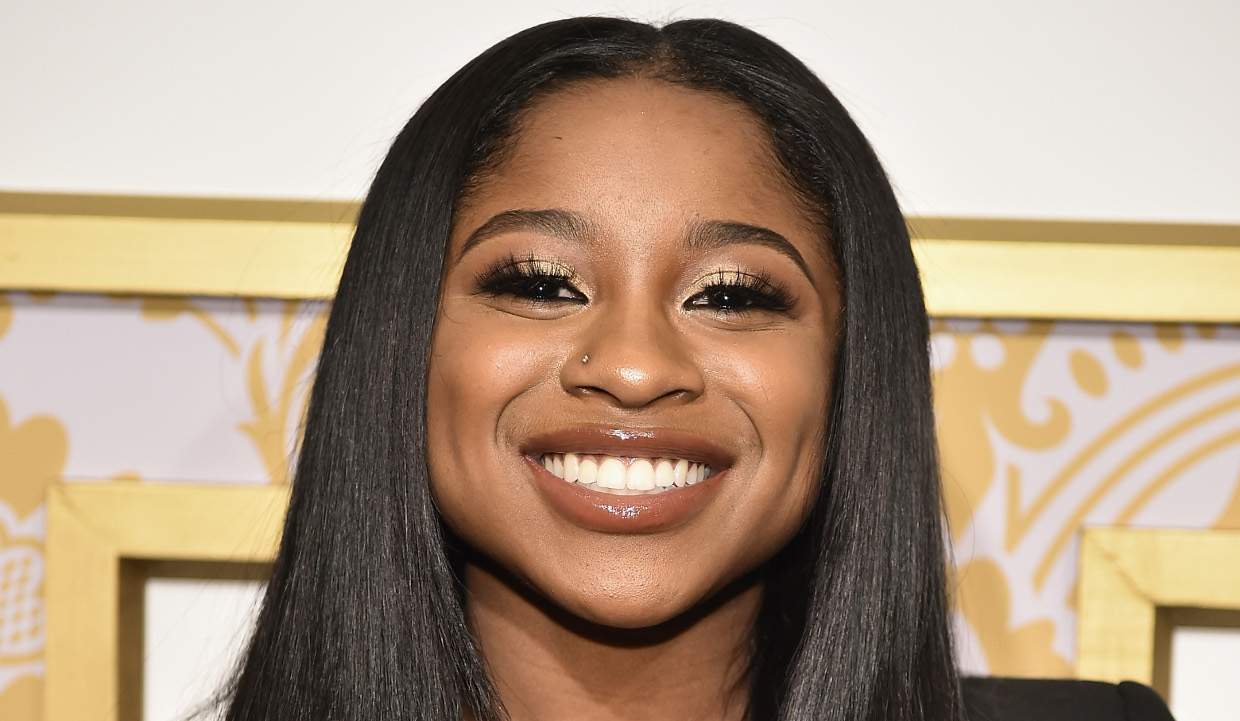 It’s no surprise that Reginae Carter, Lil Wayne’s daughter, decided to pursue a career in music. She started singing and rapping at a young age and secured a record deal by the time she was 14! Reginae Carter’s net worth is a tidy $2.0 million and is sure to grow as she captures new fans with her music. Her boyfriend is rapper YFN Lucci, and the couple recently caught everyone’s attention at a prom event in Atlanta.

Lil Wayne’s daughter, Reginae Carter and YFN Lucci had a great time over the weekend when they attended the InstaGala, a “grown-up prom” event in Atlanta, Georgia. In fact, Lucci and Carter were crowned king and queen at the event and posed for prom pictures.

Carter posted a photo on Instagram later, which showed her in a long black gown and wrote, “Y’all know Ion play fair.”

Born to a Famous Father

Some people call Lil Wayne’s daughter by her nickname, Baby Carter. She has three siblings named Cameron Carter, Dwayne Carter III, and Neal Carter. All three have been born to different women.

Rapping and Singing at a Young Age

Reginae Carter began rapping and singing at the young age of 10 and first showcased her musical talent in the 2009 video documentary, The Carter. She also appeared on her mother’s reality television show, Tiny and Toya, around that time.

Carter was also a founding member of the R&B all-girls group, The OMG Girlz. However, she left the group shortly before the release of their first single, “Ain’t Nobody,” to pursue her dream of having a solo career.

Getting a Leg-Up from Dad

The R&B singer signed on to her father’s record label, Young Money Entertainment, at the age of 14. Carter released her first music video, “Mind Goin’ Crazy,” on July 2, 2014.

In 2015, Carter appeared on the show, My Super Sweet 16, which featured her extravagant 16th birthday. She was also a cast member of the reality TV show, Growing Up Hip Hop: Atlanta, where she once had a massive fight with another cast member because he allegedly disrespected her father, Lil Wayne.

A Tidy Net Worth

Even though Carter is just 19 years old, she already has a net worth of over $2.0 million and counting!

What’s more, the singer is the proud owner of a couple of cars that anybody would be envious of—a BMW and a Ferrari GTO! They were gifts from her parents on her 16th birthday.

Carter is known to be very close to her family, especially her parents. They were just 15 years old when she was born, and both went through plenty of struggles to raise her.

Since their divorce in 2004, Carter has reportedly been raised by her mother single-handedly.

People who want to have a look at Reginae Carter’s pics should head over to her Instagram account (@colormenae). It’s full of posts of her wearing colorful dresses, posing for photos, hanging out with her friends, and having a good time.

Carter is reportedly in a relationship with the rapper known as YFN Lucci. However, their relationship has seen some criticism because of the age gap between them—Carter is 19 and Lucci is 27.

And if you haven’t heard of YFN Lucci, you might soon; he is on a roll right now! He has just released his debut album, Ray Ray from Summer Hill.

With a father like Lil Wayne to inspire her and tons of talent on her side, Reginae Carter is ready for the future and whatever is thrown her way!