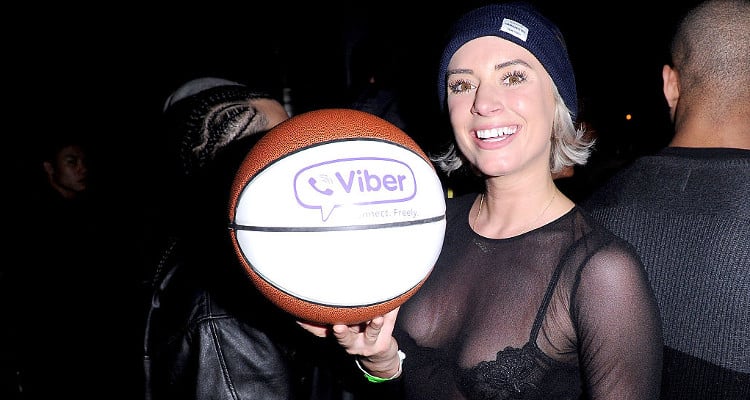 Social media personality and entrepreneur, Yesjulz tweeted something that shocked her followers. Since then, she has been under fire and has even been dropped from events.

If you’re asking “Who is Yesjulz?” it’s time to crawl out from under that rock. The “It” Girl of Snapchat and Millennial phenomenon, Yesjulz is famous for bringing social media and traditional industries together and turned herself into a cutting edge marketing genius. But now, this Snapchat queen is facing the ugly side of social media. She’s seeing a lot of backlash for a controversial tweet. Here’s what happened in Yesjulz’s wiki.

#1. Her Highness of Snapchat

Yesjulz, whose real name is Julieanna “Julz” Goddard, is from Tampa, Florida. She uses Snapchat (and other forms of social media) a marketing tool with her Yes Julz Agency. The self-proclaimed Director of Vibes used Snapchat to promote nightclubs when she founded the all-female agency of seven in 2014.

She now has more than 77,000 Snapchat views daily and acts as the bridge between mega brands like Beats by Dre, Red Bull, Heineken, Sprite, T-Mobile, and Coors Light, along with their target audiences. She has changed the way high-visibility brands use Snapchat with the company’s tagline, “To bridge the gap between cool and conscious.”

Why does she use Snapchat? “I use Snapchat to promote everything I do and love, from new music, to my FDRmondays weekly party at the Delano in Miami, and my Best Day Ever pool party in the summer and everything in-between!”

Yesjulz‘s insane success in such a short span has earned her a net worth of $3.0 million.

#2. Social Media for a Social Cause

The 26-year-old has traveled to many places and has been invited by many organizers to promote their events. But her favorite activity with social media is using it for charity ventures. Her firm regularly partners with charity initiatives and collaborates with representing brands.

Yes, Julz was part of the #HashtagLunchbag campaign last year. The initiative brings together hundreds of children in a Miami venue with volunteers and a DJ to have a fun-filled lunch.

Yesjulz’s budding marketing empire was threatened, when an alleged sex tape of the Queen of Snapchat was leaked to the public. Back in July 2016, a Florida model threatened to go public with explicit photos and videos of Julieanna Goddard unless she paid up.

The culprits were nabbed for extortion, and all seemed fine until a third party got hold of the explicit content. Federal authorities had to take a hardline approach and arrest the hacker who had previously tried to extort a former Miss Teen USA with explicit photos.

Florida took over the @postmates stage at @rollingloudfest yesterday ?

She calls the storytelling medium the new TV saying, “Reality TV became so fake that people wanted real reality. Not from someone who’s a multimillionaire, from somebody they feel they can almost touch.” So, she throws parties, films them, and uploads them on Snapchat to showcase her jet-setting party lifestyle with her followers. When it comes to her boyfriend, Maxwell Osborne, she’s pictured in paparazzi shots while they hang out at the beach. But we’re yet to be formally introduced to him.

When you finally get your @MTV debut but forget everything mom ever told you about sitting up straight and keeping a fresh fade ? Click link in bio for more details on the tickets we are giving away, tho. #mtvtixcontest

Julz has over 156K Twitter followers and 482K Instagram followers. So, when she puts out something on social media, a lot of people are going to scrutinize it! On Thursday (May 4), she tweeted a picture of a shirt reading “N****s lie a lot” asking her followers if she should wear it. The tweet was condemned as everyone was shocked she would even consider wearing it, never mind posting it to social media.

Also Read: Logic’s Net Worth: Is the Rapper the Next Prince of Hip-Hop?

You deleted the tweet, but screenshots are forever, dumb ass. @YesJulz pic.twitter.com/cucdwcAKhV

She deleted the offensive tweet and followed it with another one explaining, “Guys, I was calling out some1 [sic] who suggested I wear this t-shirt he made. I clearly wouldn’t wear it.” That still didn’t help her case.

It escalated to the point where events that had booked the Snapchat Queen for promotions canceled her appearances. Women Inspiring Passion and Purpose (WIPP Toronto) and Utopia Music Fest both released statements the very next day, saying that they won’t be working with Julz. Feeling more remorseful, Goddard shared a tearful video apology on Snapchat.

An important Msg from our team at WIPP. pic.twitter.com/MnEofXP37o