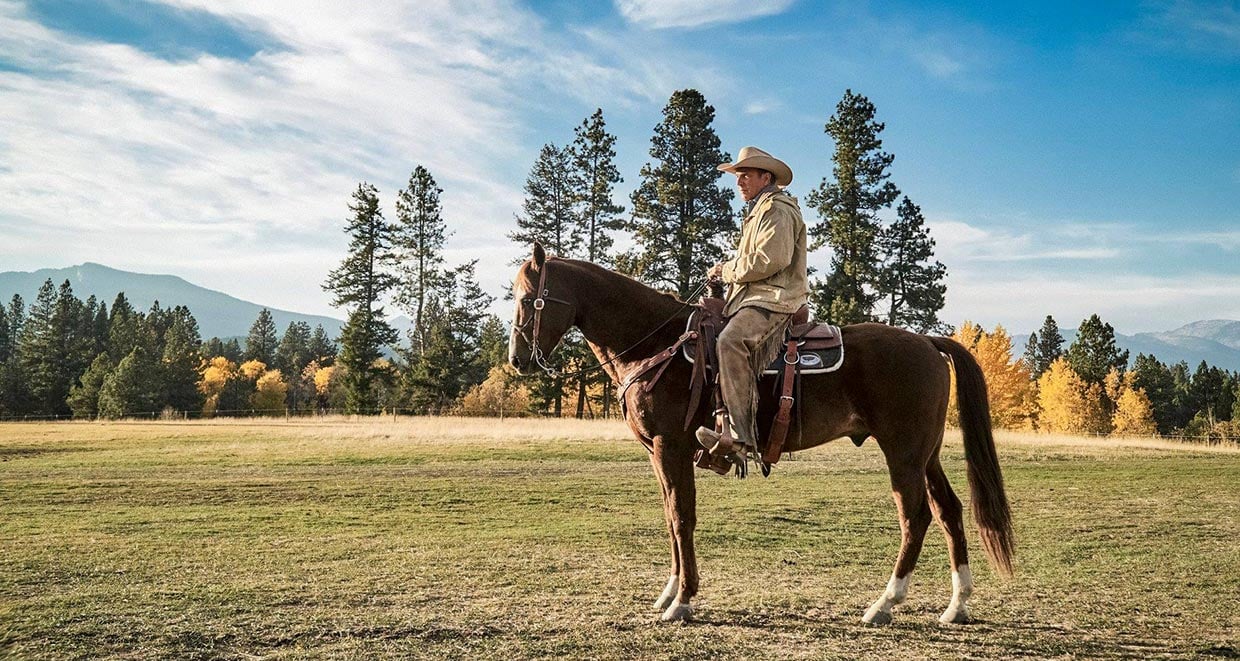 On June 20, 2018, the first episode of a new TV series called Yellowstone aired on the Paramount Network. Now, viewers are eager to watch the second episode titled “Kill the Messenger.” But if you can’t catch it on a cable network, you don’t have to worry! We have details on how to watch Yellowstone live online.

People across the nation eagerly tuned in to the new American drama TV series called Yellowstone, which premiered on June 20, 2018, on the Paramount Network. It tells a story about the conflicts surrounding an Indian reservation, land developers, and Yellowstone National Park.

Yellowstone follows the Dutton family, led by John Dutton (Kevin Costner), who controls the largest contiguous ranch in the United States. He is continuously under attack by the forces that border it—an Indian reservation, land developers, and America’s first national park.

The series has been described as an intense portrayal of a violent world far from media scrutiny. It shows how developers grab lands and make billions of dollars, while politicians are bought and sold easily by the world’s biggest oil and timber corporations.

What Channel Is Yellowstone On?

The first episode of this epic series has already been aired on the Paramount Network. The second episode, titled “Kill the Messenger,” is scheduled to be broadcast on Wednesday at 10:00 p.m. EST on June 27, 2018, on the same channel.

There’s already been huge buzz surrounding this intense new series, and according to reports, the cast put on a spectacular show. People who want to see this brand-new series are wondering how they can watch Yellowstone, as Kevin Costner nails the lead in this fierce new drama.

You can watch Yellowstone every Wednesday night at 10:00 p.m. EST on the Paramount Network Channel. You can also watch it live online at paramountnetwork.com/live-tv.

Is the Yellowstone Series on Netflix?

No, Yellowstone is currently not available to watch on Netflix. However, it may be available in the future if viewer interest in the series is high.

What Channel Is Yellowstone on DIRECTV?

Yellowstone will be aired on the Paramount Network on DIRECTV on Wednesdays at 10:00 p.m. EST.

While critics have pointed out the slow pace of the series in the first episode “Daybreak,” many have the opinion that the pace will pick up in subsequent episodes.

Yellowstone is an epic show, and as with most new series, it will take some time for the series to introduce characters and grow on viewers. It usually takes about a season to develop the storyline, anyway! In the meantime, there is lots of action in the series already, and viewers are excited to tune into the second episode titled “Kill the Messenger,” on June 27, 2018!