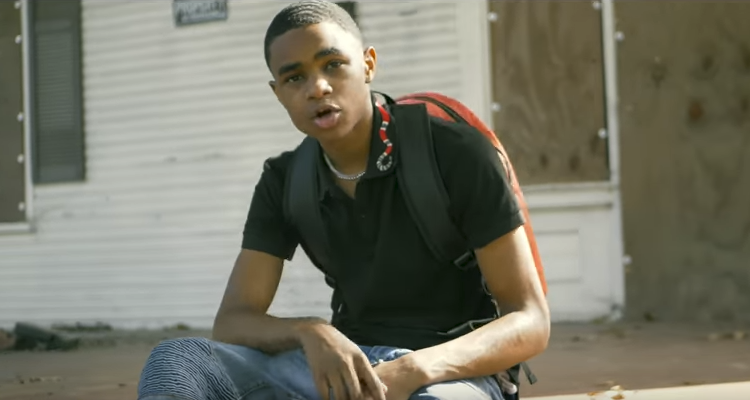 Just yesterday, rapper Rich the Kid’s wife accused him of cheating with several women, including India Love, Miracle Watts, and Blac Chyna. But Chyna doesn’t seem concerned, as she was recently spotted shopping with her boyfriend in L.A. Who is Blac Chyna’s new boyfriend? Here’s the scoop in our YBN Almighty Jay wiki.

On Monday, Chyna and rapper YBN Almighty Jay were seen shopping on Melrose Avenue, looking happy and carefree. Rumors of their relationship began at the end of February, when they were seen bowling together on a date. Chyna confirmed the rumors to a TMZ cameraman, by saying, “Yeah, we’re like, dating.” Although the couple seems quite content with their new union, people are buzzing because there is a huge age difference between them. Blac Chyna’s age is 29, while YBN Almighty Jay is only 18! That’s an age difference of over a decade, leading many fans to speculate that their relationship isn’t serious and that it’s just a fling. Only time will tell!

According to a No Jumper podcast video clip, the young rapper claimed he met Chyna on the famous dating website, ChristianMingle.com. He even that he does not believe in condoms, explaining that he wouldn’t sleep with a woman who he didn’t want to get pregnant. He also said in the Instagram video that if he got Chyna pregnant, he would keep the baby! Chyna already has two children; son King from her relationship with rapper Tyga and her daughter Dream, from her relationship with reality TV star Rob Kardashian. He also mentioned that he often hooks up with women quite older than him, and emphasized that he’s legal. Considering the personalities of the two individuals, many have speculated if this is true. Some believe the 18-year-old is making a joke and actually met her elsewhere.

Where Did He Get Started?

From Houston, Texas, YBN Jay is still an up-and-coming presence in the industry. His popularity is growing thanks to his appearance on YBN Nahmir’s song “No Hook” and his own single, “Chopsticks.” The music video has almost 11.0 million views on YouTube. The “YBN” collective crew moniker stands for “Young Boss N****,” and Nahmir adopted the title, as well. His gradual rise to fame is helped by his famous friends. He has been linked to several celebrities, including Lil Wayne, Sage the Gemini, Rich The Kid, Chris Brown, Snoop Dogg, Kodak Black, and Christian Combs, the son of P. Diddy.

What Is He Up to Now?

This year is predicted to be his breakout year, and with his online popularity, celebrity friends, and reality TV star/aspiring rapper girlfriend, the dream may become a reality. He has been performing at shows with YBN Nahmir all around the U.S., including Alabama, Los Angeles, Birmingham, and Chicago.

Speculations on Their Relationship

There are more rumors circulating the web that Chyna only said she’s dating YBN Jay to get him some publicity. And after the bomb that Rich The Kid’s wife unleashed on Instagram yesterday accusing him of cheating (she named-dropped Blac Chyna among other women) and assault, Chyna’s name is already circling headlines.

The rumors about her relationship with Rich The Kid spread like wildfire, especially because he is reportedly married. Neither Chyna or Rich have said anything about the cheating and relationship allegations between them, but in this culture, it seems anything is possible. Since the news about cheating came from Rich’s wife (a woman named Elle) with screenshots from his phone as proof, many are convinced the allegations are legitimate.

As we said, it only takes time until the truth comes out! Keep an eye on social media and the latest headlines for updates on their relationship status, and news about YBN Jay’s upcoming projects. Do you think Blac Chyna and her new young fling will last? Let us know your opinion in the comments section below!