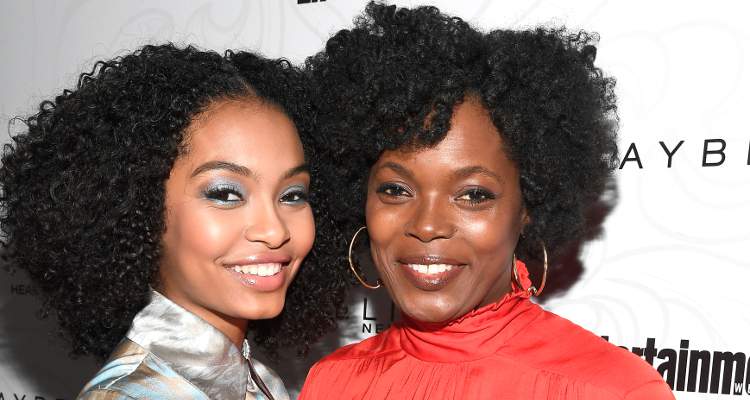 Yara Shahidi is a teen sensation to watch out for! She might only be 17, but is already an award-winning actress who has shown nothing but grace and poise —to which she credits her parents. Here is what you need to know about Yara Shahidi’s family.

Yara Shahidi’s mother and father raised their children to handle life with a more positive outlook. Yara’s mom, Keri Slater is an actress, and her father, Afshin Shahidi is a photographer. Yara’s bothers, Sayeed and Ehsan, are also looking to make it big in the entertainment industry, with Sayeed already seen in Black-ish. Learn more about them and check out some of Yara Shahidi’s adorable family photos right here!

Who is Yara Shahidi’s Family?

Keri Slater is an actress known for In the Motherhood, and American Dad! Though we don’t see much of her on screen, she is definitely an important person behind-the-scenes.

Yara and Keri share a special bond —not only because they are outnumbered by the men in their family! The duo practically look like sisters, and in an interview, Keri even admitted that they have “a similar aesthetic” adding, “I think she got it from me, but she rocks it so good that I borrow from her.”

I have worked with a lot of directors thus far in my career, but this young, fierce, compassionate director has raised the bar ? #femaledirectors #EP

Afshin Shahidi is an Iranian-American photographer who is known for his work with Prince. Afshin was the R&B icon’s long-time photographer, and with that association came a friendliness with the star. Prince would often make an exception for Yara by e-mailing the young actress, who learned a lot of life lessons from the singer.

Image Awards with my ladies! Last time I was here was with Prince and then Senator Obama.

Sayeed Shahidi is the middle child in the family. He is 14 years old and already has plenty of credits to his name. Sayeed worked with some influential people in Hollywood, and appeared in TV shows like Uncle Buck, Black-ish, and The First Family. He even appeared in movies like the 2012 thriller Alex Cross, and 2016 drama The Sand Box.

Congrats big sis on your BET award, I didn't even know you were nominated !!! Also if you guys haven't heard her beautiful acceptance speech look it up RIGHT NOW??

Ehsan is the youngest child in the Shahidi household. He is 10 years old and followed in the footsteps of his older siblings with credits in American Crime Story, and Inside Look: The People v O.J. Simpson. Ehsan is lovingly called “lil man” by his family, and goes by the same name on Instagram.

What Does the Future Hold for Yara?

Yara Shahidi’s family is very influential in her life, and each one has their own connection to the industry. She appeared on several teen magazine covers, did many interviews, and fans of the Black-ish star love the way she carries herself on camera.

She revealed in a Seventeen interview that she was accepted into Harvard, and that, despite the amount of fame she has, she enjoys being young and having the possibility to experience new things.

Yara Shahidi is an activist who supports various causes including the immigration and women’s rights movements. She wants to see a better future, and we’re sure she can be at the forefront of that change!

Here are some Instagram pics of Yara Shahidi’s close-knit family:

The white stuff isn’t snow and the red flag isn’t a tree but the holidays were celebrated with love by my crew! Thanks for the last minute getaway @cltravel and @ppfriends , @oasishotels

Does anyone else catch their child studying…..with a mustache? ??