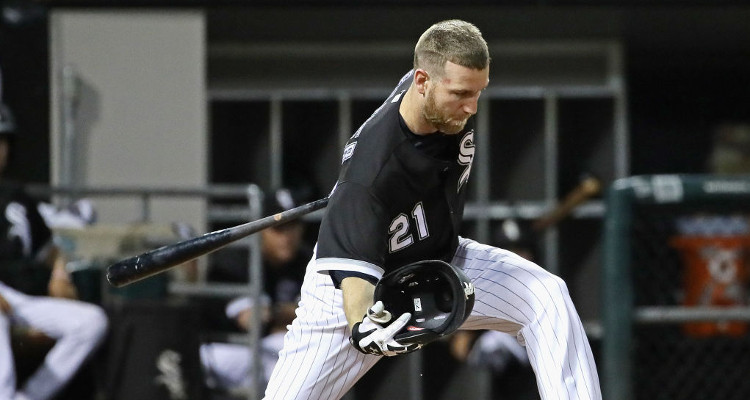 The Chicago White Sox are rebuilding their team, which means the roster is expected to change. The New York Yankees signed deal with three White Sox players including third baseman, Todd Frazier.

It looks like Todd Frazier is moving to New York. The third baseman is one of the players who were traded by his current team, the Chicago White Sox, to the New York Yankees. So Frazier and a couple of his teammates are going to be wearing Yankee uniforms the next time they play. He is an incredible player and any team would want him on their roster. Find out about this MLB player in Todd Frazier’s wiki.

The Frazier family is from New Jersey and have spent quality time playing baseball. Todd is the youngest of three boys and has two brothers, Jeff and Charlie, who also played in the MLB. Their father played baseball in college and passed on his passion to his sons. They had to choose between playing baseball and picking out weeds in the backyard. You can guess what the three boys chose.

And they got good at it! Jeff Frazier played for the Detroit Tigers, Seattle Mariners, Iowa Cubs, and Chicago Cubs. Charlie Frazier played six seasons for the Miami Marlins. The two eldest brothers retired after a brief stint in the league, and now run a baseball clinic in New Jersey.

In a family of athletes, making and breaking records are common. Todd’s mother, Joan, was a record-setting swimmer in college. The eldest Frazier, Charlie, was drafted into the league right out of high school. Jeff and Todd went to Rutgers University and both played for the Rutgers Scarlet Knights.

At Rutgers, Jeff set a home run record which remained unbroken until his little brother came along. Todd started all 63 games for the Scarlet Knights, posting a 0.377 batting average, a 0.502 on-base percentage, and a 0.757 slugging percentage. He set the highest record of home runs —a total of 42— in the history of Rutgers. Too bad for Jeff, but at least the record stays in the family!

Rise of “The Toddfather”

Frazier was picked 34th overall by the Cincinnati Reds in the 2007 MLB draft. Within the league, he earned himself the title “The Toddfather.” There were highs and lows in his career both in the minors and the majors. In 2012, when the Reds played against the Colorado Rockies, Frazier hit an unusual home run. The bat slipped out of Frazier’s hands just as it made contact with the ball thrown by Jamie Moyer. Nevertheless, it was a home run—and one with no hands at that!

His Wife Is Pretty Flexible

The 31-year-old is married to his longtime girlfriend and fellow Jersey native, Jackie Verdon. She too graduated from Rutgers and was an athlete. Verdon was on the gymnastics team and was named Most Improved Gymnast in 2006 after injuries had her miss the freshman season. Her sister, Danielle is also a Rutgers gymnast.

He proposed to her in 2011, before the end of their Mexican vacation. They got married in December 2012, with several of Todd’s Reds teammates present. Their first child, a boy named Blake, was born in 2014 and was soon an Internet sensation. He was at Reds games and the team’s fans named Todd’s home runs “Blake Blasts.” Their daughter, Kylie, was born in 2015.