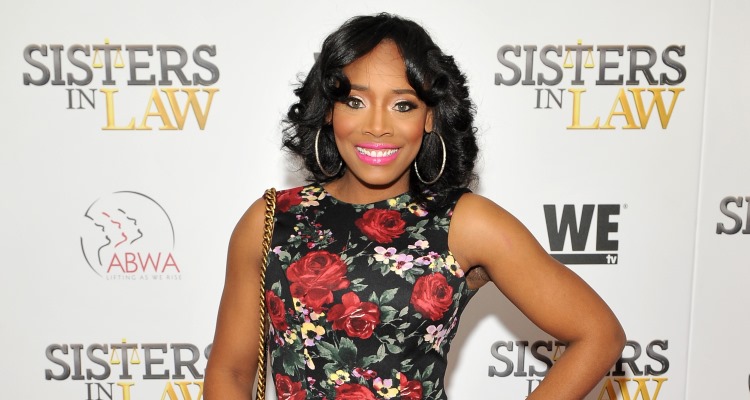 The star of New York’s Love and Hip Hop, Yandy Smith, shared a snap on Instagram jamming out to trap music with her two kids Skylar and Omere, and they are cute as ever! If you want to learn more about the reality television star, check out our Yandy Smith wiki.

The latest big news about the Love and Hip Hop star had to do with Yandy Smith’s husband, Mendeecees Harris. The reality TV actress and her incarcerated husband have been one of the central aspects of the show’s current season, specifically after Yandy revealed that they were not legally married and that she was proud of it. However, in February the couple decided that “spiritual marriage” wasn’t enough, and decided to move forward and legalize their relationship. Yandy said, “We have definitely decided to go ahead and do the paperwork and all that stuff, not that I was so concerned or cared about that stuff, but it meant a lot to him. So, it was only right… With him being away, we have to re-register, get things notarized and all that stuff.” Her husband is still behind bars serving a lengthy sentence, but she is hopeful that’s his bed for a shorter one as he has requested to have him time dropped from 8 years to three. She reassured fans saying that they would see him. “Sooner than you think,” she said, adding, “They put in a motion, so we’ll see what happens.” Unfortunately for Yandy, many viewers of the show expressed their feelings of betrayal that she had lied this whole time. The couple have two children together and they seem to be well taken care of by their mother. Check out the adorable video on Yandy Smith’s Instagram, below.

You may be surprised at how much Yandy makes from her professional career in the entertainment industry. Her net worth is reported to be a whopping $15.0 million, and she earned it from working as an executive assistant at Violator Management, a music manager, a consultant, and a reality TV star. While she worked at Violator, she supported high-profile artists and entertainers like 50 Cent, Missy Elliott, and LL Cool J. Eventually, she landed a job with Warner Music Group/Atlantic Records. In recent years she gained national notoriety from being one of the most popular cast members on Love and Hip Hop. Yandy Smith’s age is 35 and now she seems to want to settle down. Unfortunately, her husband is behind bars for allegedly being a part of a drug trafficking organization. He and two men allegedly trafficked $2.5 million worth of heroin and cocaine between 2005 and 2012. Yandy still stands by her husband and is waiting for him to get out of jail.