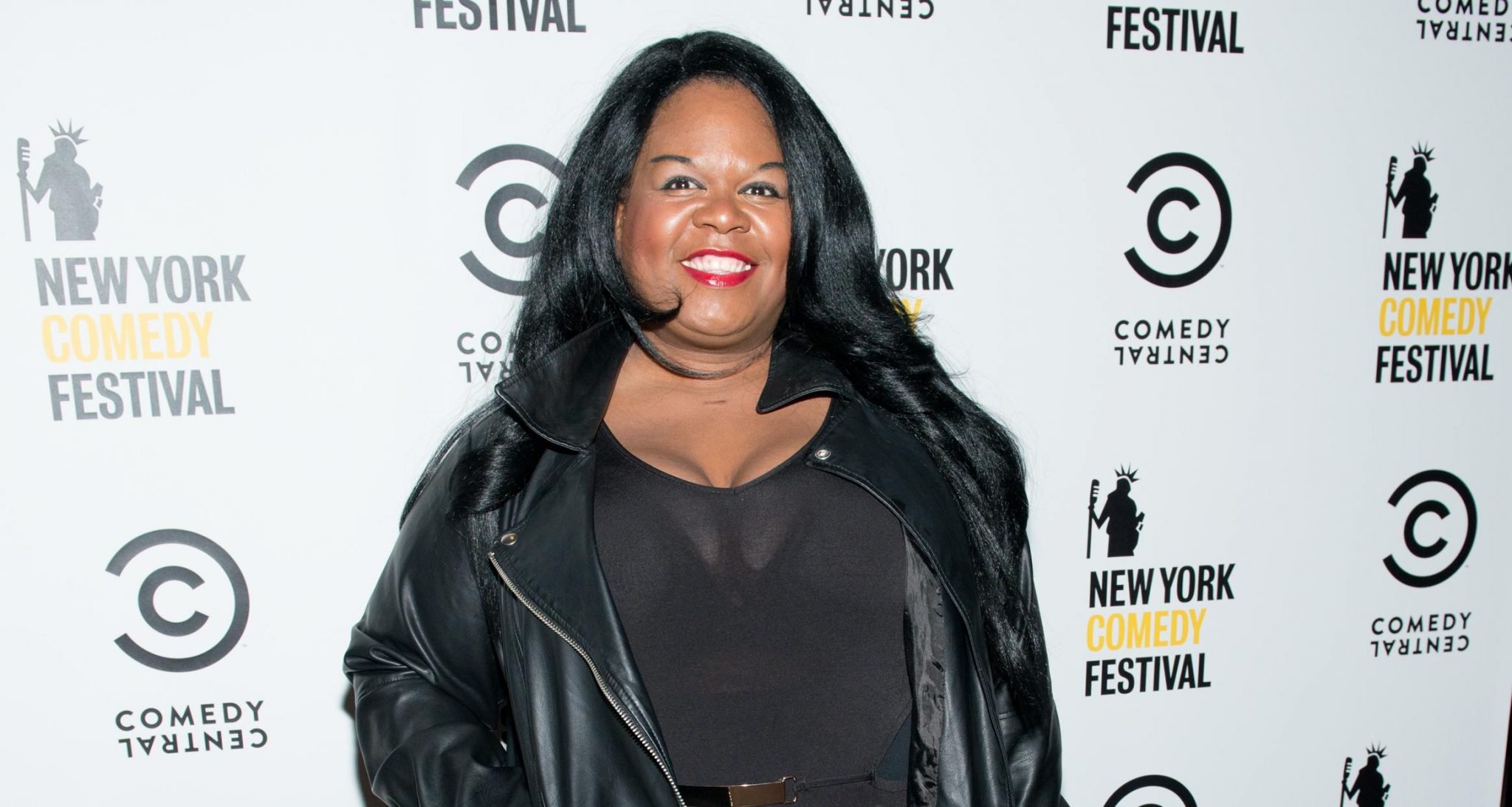 Kandi Burruss’ web series, Kandi Koated Nights, has finally earned a Bravo TV spot, and we couldn’t be more excited! We love Kandi, but the true star of the show has to be the marvelous comedian, Yamaneika Saunders.

Yamaneika Saunders is the saucy comedienne who’s bringing the laughs to Kandi Koated Nights. You may know her as the unabashed correspondent on The Tonight Show Starring Jimmy Fallon and a panelist on The Meredith Vieira Show. She rants and raves, and we adore her every time she appears on TV.

Our Yamaneika Saunders wiki celebrates the comic diva you need to watch!

Yamaneika Saunders, a granddaughter of ministers, was born on November 3, 1978. The 39-year-old was born and raised in Maryland, where she displayed a knack for engaging the public.

People in her church told a young Saunders that she had a calling to be a preacher, but she thought otherwise.

“I had no idea how to be a preacher, nor did I want to be. Maybe the gift that they saw wasn’t so much me preaching, but me doing stand-up,” said Saunders.

And stand-up she did! With her self-described “unapologetic” comedy style, Saunders conquered the comedy scene in Los Angeles and New York. She’s been winning audiences over with her conversation style and unfiltered perspective on being a plus-sized female comedian of color. 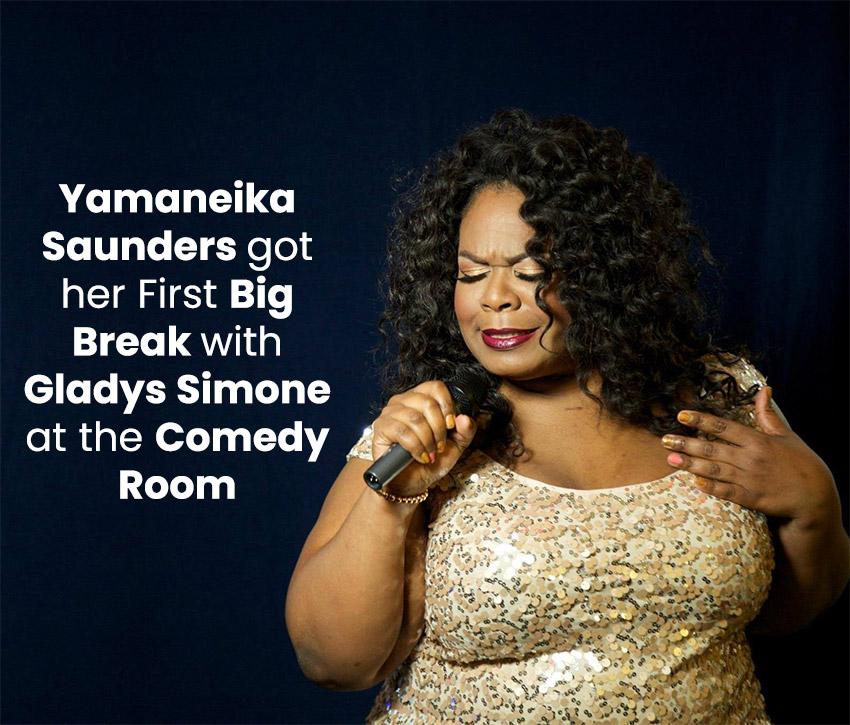 Saunders was performing in comedy clubs when she was in high school before moving to New York at 21. She got her first big break with Gladys Simone at the Comedy Room.

At one point, she was booed off the stage at The Apollo. But she bounced back strong to embark on a remarkable stand-up career that led her to an Emmy Award-nominated show.

Saunders took her talents to NBC’s Last Comic Standing in 2014 and was a semi-finalist. Although she didn’t win the show, the comedian made other achievements. 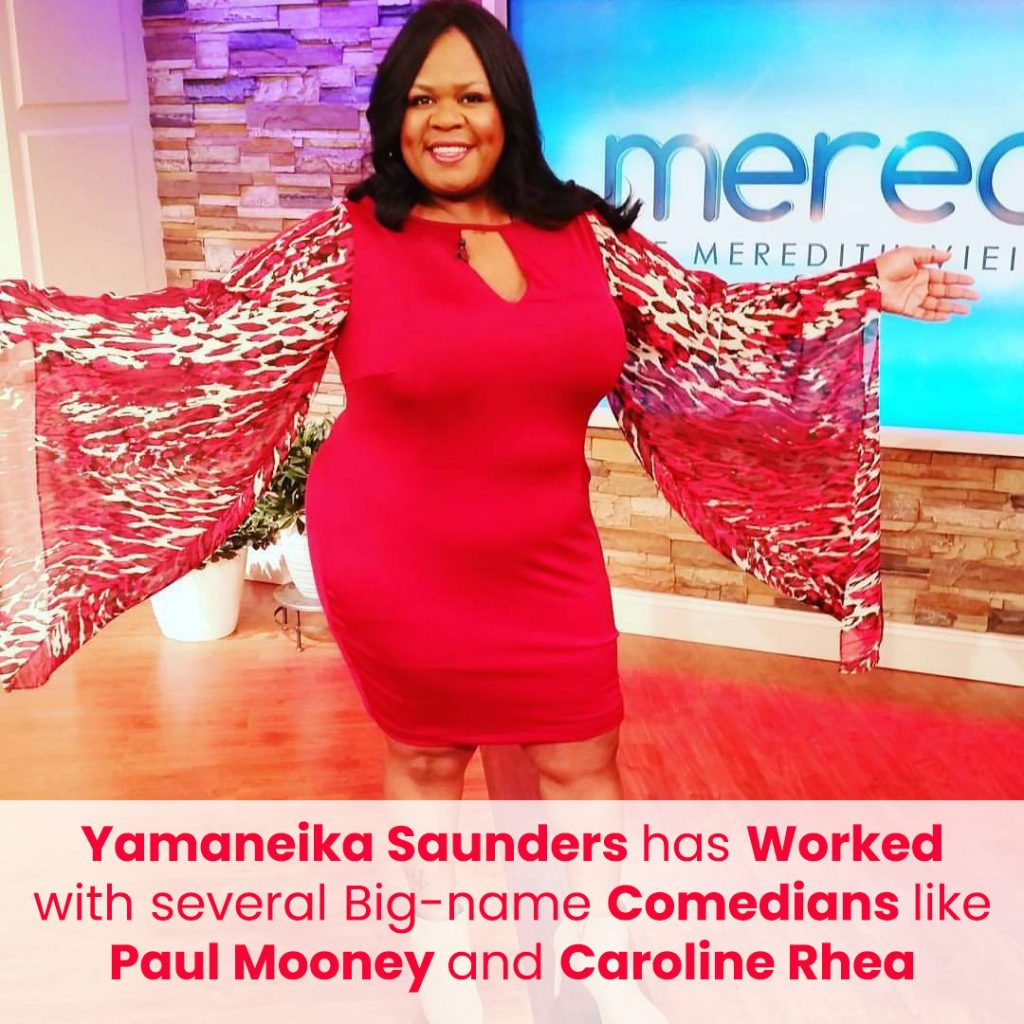 She has worked with several big-name comedians like Paul Mooney and Caroline Rhea. At the same time, she’s bringing her talent across different platforms.

Most recently, Saunders joined Chloe Hilliard to discuss current affairs on their podcast, Rantin’ and Ravin’. 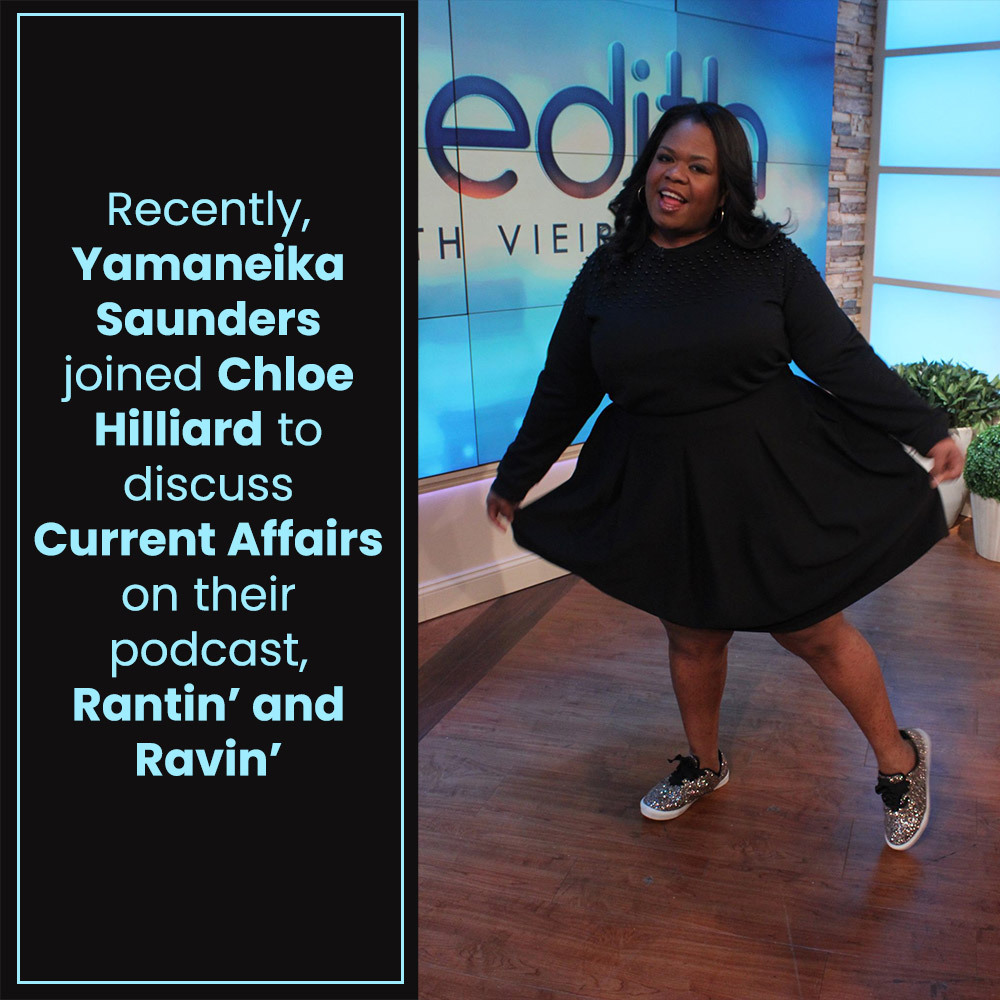 Even Caroline Hirsch, the founder of Carolines on Broadway Comedy Club, was in awe of her.

Saunders was one of the comedians cast in the Oxygen docuseries, Funny Girls. The show followed female comedians trying to make it big on the stand-up scene.

She also earned herself a spot on the panel of The Meredith Vieira Show and snagged a Comedy Central Stand Up Presents special. She has also appeared on The Comedy Knockout and The Chew.

More recently, Saunders hilariously breaks down discourse with the host of The Tonight Show with Jimmy Fallon.

She continues to show off her improv skills now on Kandi Koated Nights with Kandi Burruss. The show began seven years ago, which was previously a web series hosted by the two ladies before it joined Bravo’s programming lineup.

In this unfiltered talk show, Burruss and Saunders talk candidly about relationships, sex, and pop culture with Burruss’ famous friends.

Saunders’ popularity continues to grow as her star continues to rise. Thanks to her growing fame, Yamaneika Saunders’ net worth is estimated at $700,000.

Yamaneika Saunders’ Mother Got Her into Stand-Up

Saunders moved to Los Angeles when she was about 15. There, she studied theater at the Los Angeles County High School for the Arts.

Her mother worked as a DJ at the nightclub owned by Saunders’ grandparents before they became ministers. She later worked in TV and radio before she switched her career for one on the stage.

Saunders said, “My mother was in television and radio, but she was behind the scenes, meaning she was an audio/visual engineer, things of that nature. She decided she wanted to do standup. I don’t know why, but she started doing standup and thought that I should get into standup.”

Her mom took stand-up classes at Sandi Shore’s Comedy Workshop. When she gushed to Shore that she thought her daughter also had the ability to be funny, Shore encouraged Yamaneika Saunders to sign up for the workshop, too.

Sandi Shore’s father, Sammy Shore, was so impressed by Saunders’ talent, he told her she could take the stage without training!

A young Saunders, however, was reluctant to take up stand-up, believing it to be “ignorant.” She had plans to take up theater management in college.

But she signed up for the school’s stand-up class in her senior year to get her mother off her back. That decision got Saunders addicted to comedy.

Off-stage, Yamaneika Saunders is devoutly religious and sensitive about what she wants to say. When she steps on the stage, however, her bold, straight-talking alter ego takes over.

Her black identity and plus-sized figure form a big part of her comedic content. She can poke fun at herself and take a joke just as well.

Saunders claims her strong sense of self-worth comes from her family, who always told her she is beautiful the way she is. She dealt with racism in school but was unaffected by any of the negativity.

In fact, Saunders once used comedy to defend her friend from racist bullies. Her classmates even tried to taunt her and her friends to get Saunders to go on a comical rant.

“I experienced much racism at the school, but the one thing that broke the barrier was humor. Humor knows no color.”