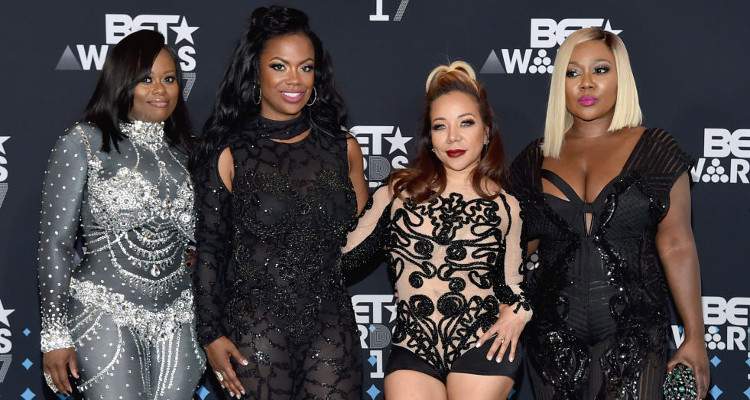 Xscape is back with a bang! The Great Xscape tour starts later this month. So, if you are a fan and want to know more about Xscape’s tour dates in 2017 and 2018, then keep reading as we have everything you need to know about The Great Xscape Tour, right here!

Xscape formed in 1992 before going on a hiatus in 1998 and includes members Tameka “Tiny” Cottle, LaTocha Scott, Tamika Scott, and Kandi Burruss. They got back together from 2005 to 2016 and made another comeback in 2017, after taking the stage at this year’s BET awards.

Recently, Xscape announced their reunion tour, which also includes special guests Monica and Tamar Braxton. The group will perform in a total of 22 cities. Xscape’s tour for 2017 will commence on November 22, 2017, in Richmond, Virginia, and will end on January 7, 2018, in Los Angeles, Nevada. Some shows, including backstage prep, will be filmed for their upcoming Bravo reality show Xscape: Still Kickin’ It, which aired on November 5, 2017.

In an Instagram post, Monica revealed, “I feel unspeakable joy to announce that I’m on #TheGreatXscapeTour This is going to be an Epic reunion, you don’t want to miss! I’m beyond excited to hit the road with my sisters Xscape. [sic]”

Xscape’s tour tickets were on sale as of September 22, 2017, and there are some still available! If you do not want to miss out, then make sure you buy tickets for a city near you. Here are the upcoming tour dates: