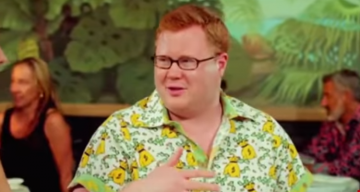 Ever wonder what you would do if you were an heir to a billionaire fortune? One person who’s never had to wish he could win the lottery so he could quit his job and tell off his boss is Wyatt Koch. But who is Wyatt Koch and why are we hearing his name more often? To learn more about the billionaire heir, have a look at our Wyatt Koch wiki.

Wyatt Ingraham Koch’s age is 31 and is the son of William “Bill” Koch and Joan Granlund. Wyatt’s father is one of the Koch brothers, along with Charles and David Koch, right-wing donors known for their wealth and influence. Wyatt’s parents divorced when he was a child and he grew up in Greenwich, Connecticut and New York. In an interview with Palm Beach Illustrated, he said he had “fond memories” at Cape Cod and Martha’s Vineyard. Wyatt lives in Palm Beach, where his parents also reside, and attends several charities and galas there.

Koch was once engaged to Ivie Gabrielle Slocumb, the daughter of Tallahassee used-car dealer Charles Slocumb Sr., but the engagement was called off in May 2017. The breakup was more famous than the relationship, when the billionaire entrepreneur wanted the ring back! According to reports, it was an “8.24-carat cushion cut diamond with two tapered baguette diamonds, an Oscar Heyman that costs $180,000.” It was then reportedly worth $250,000 by the time Koch wanted it back, including $15,000 in damages.

The latest reports have him spotted around town in Florida with an actress/artist named Alysha Grace Marko.

When Koch was younger, his father told him: “You can do whatever you want to in life, but just make sure you do it well and you do it with passion.” They became words to live by for the young entrepreneur and before you knew it, the Wyatt Ingraham clothing line was born in 2015.

The clothing line is doing well, despite that it’s not the go-to brand or style of most men. It’s bold Floridian style is hard to ignore and fashion is something Koch has always been passionate about. But when your heir to an $82.0 billion fortune, you can afford to do whatever you want and not care too much about the critics.

“Obviously these shirts are not for every person, right?,”said Koch’s longtime friend and Tusk Marketing executive, Annie Smith in a GQ interview.

“The new line is beautiful, the fabric, the quality is great,” added Smith. “Making sure the colors were vibrant enough [was a priority] because we did go through some manufacturers where the colors were pretty dull, and that’s not what he wants at all. Because the whole idea behind this line is: be bold.”