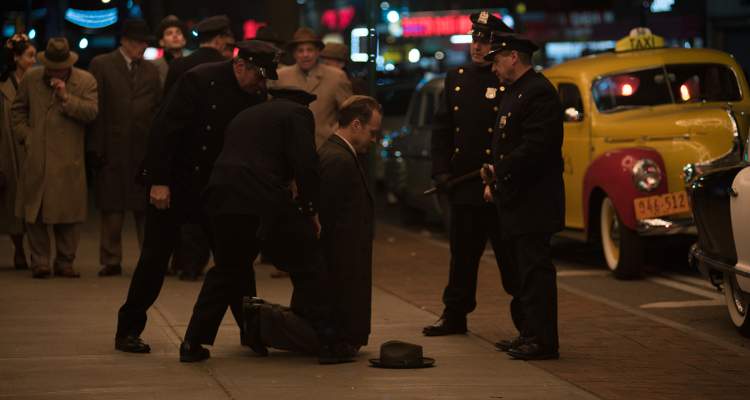 Everyone is beyond excited about Netflix’s newest crime-drama, Wormwood. The show is a six-part mini-series about the hidden secrets of one of the biggest CIA mysteries in U.S. history. So, when is Wormwood’s premiere date? Keep reading for details about the Wormwood release date and more, right here.

If you are waiting for the next best thing on Netflix (until The Crown season 3 premieres), we have just what you need! Wormwood is based on a true story about Dr. Frank Olson, a scientist and CIA employee, who fell to his death from the window of his New York City hotel room in 1953. But, the government kept the details about Olsen’s death from his family and offered them settlement out of court.

What Is Wormwood on Netflix About?

Dr. Frank Olson, was allegedly unknowingly given LSD as a failed experiment by the CIA nine days before he fell to his death. His son, Eric Olson, was just nine years old when his father died, and the explanations given to his family by the government weren’t sufficient for him.

It was the week of Thanksgiving in 1953 when Dr. Olson was found dead at the base of the Statler Hotel, where he was staying. His family was told that he either “fell or jumped” out of a window, crashing into the glass and plunging to his death.

Was it suicide or was it just a freak accident? Eric Olsen had more questions than answers until coming across the Rockefeller Commission in 1975. It detailed illicit CIA activities, including the agency drugging people for experiments, and an instance of a scientist dying from a fall after being given LSD.

How deep does the conspiracy go? #Wormwood premieres December 15. Only on Netflix.

Olsen’s curiosity surrounding his father’s death grew. And, with the help of an investigative reporter, he confirmed that the scientist described in the report was his father, Frank Olson.

Dr.Olson’s body was exhumed from his grave, and the autopsy revealed blunt-force trauma on his head, which occurred before the fall. Could this have been a murder all along?

When Does Wormwood Come on Netflix?

You can watch Wormwood part one on Netflix tonight (December 15). The six-decade quest of a man, who not only lost his father under mysterious circumstances but also realized it may have been part of a government cover-up, is a great watch.

The series features big-names like Peter Sarsgaard as Frank Olsen, as well as Molly Parker.