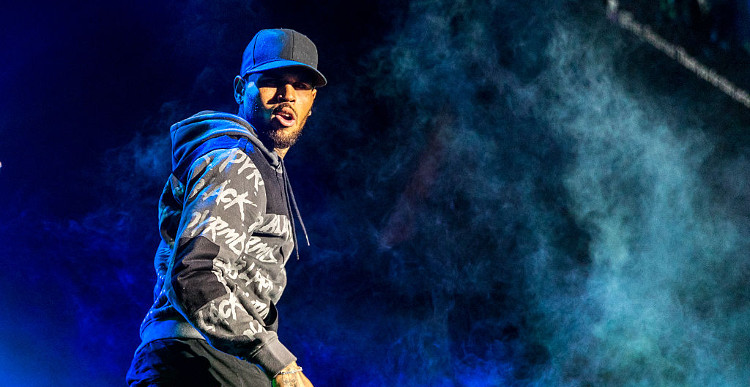 Chris Brown is busy working on his album, Heartbreak on A Full Moon, while preparing for a celebrity boxing match with Soulja Boy. Between recording and training, he makes time for his daughter, Royalty Brown.

Chris Brown doesn’t know day offs. While working on his upcoming album, Heartbreak on A Full Moon, he’s training for a celebrity boxing match against Soulja Boy, and also posting bizarre Instagram videos admitting to being a stalker. During all the Chris Brown drama, he still manages to be a doting dad to his adorable daughter, Royalty Brown. The latest proof of Chris Brown as a fool for his little girl comes in the form of an Instagram post of Royalty dressed exactly like her father. Here’s more about Chris Brown’s sweet picture of his daughter.

Chris Brown Has a Mini-Doppelganger

Late last night (February 1), Chris Brown posted a picture of his two-year-old on Instagram. Two panels of the father and daughter show them wearing a red checkered lumberjack jacket with the caption, “Double Trouble.” While Brown’s outfit is layered with a gray hoodie and a cap, Royalty has some snazzy bling around her neck with her name in gold, and just the cutest gap-toothed grin!

But who wore it better? Sorry Breezy, but Royalty takes the cake! Even Brown’s 35 million Instagram followers can’t get enough of this post! Some followers have already predicted that Royalty will grow up to be a stunner.

Brown has been very active on Instagram. His most recent controversy comes from a bizarre video, where he warns his lovers that he’s a little bit of a stalker. The post has since been deleted, but the aftershock still remains.

The 27-year-old has also called out ex-girlfriend, Nia Guzman (Royalty’s mother) for dressing their daughter up for dance class in a black tutu. “It’s crazy to me that a parent would be OK dressing our daughter like she 16. I ain’t cool with that. She is 2!!!” he wrote on the post on Guzman’s Instagram page. Brown and Guzman were locked in a bitter custody battle over Royalty, with Brown being awarded full custody.

Feuding exes aside, Breezy has also been locked in a heated feud with “Crank That” singer, Soulja Boy, ever since he liked an Instagram post of Brown’s ex-girlfriend, Karrueche Tran. The two have exchanged choice words over social media with Soulja Boy even posting a picture with Royalty and Guzman.

The feud has now escalated to a boxing match! That’s right, a celebrity boxing match between Brown and Soulja is in the works. Brown is reportedly training with Mike Tyson, while Soulja is being mentored by Tyson’s rival, Evander Holyfield. The match is expected to take place in Dubai sometime in March, though still no date has been confirmed. 50Cent, who first suggested that the feuding artists resolve their issues in the ring, is backing Brown.