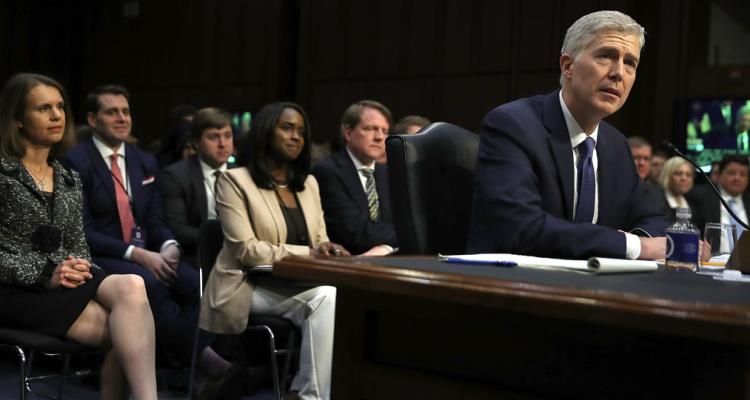 During Supreme Court nominee, Judge Neil Gorsuch’s confirmation hearings, a beautiful woman sat behind him, occasionally smiling about his statements and occasional “dad jokes.” After seeing her sit behind him for the majority of his hearing on March 20, as well as the second and third days, people have begun to wonder, who is the black woman sitting behind Gorsuch? The woman has been identified as Mary Elizabeth Taylor. Here are some fun facts to know about her!

She Works for the White House

Mary Elizabeth Taylor currently works for the Donald Trump Administration in the White House Legislative Affairs Unit under Amy Swonger, a longtime lobbyist. She also worked for Senate Majority Leader Mitch McConnell, developing personal relationships with various Republican senators. Taylor also operated the Senate cloakroom from May 2011 to December 2014, and was paid $37,264.40. The purpose of these rooms is to provide a private place where Members of the House and Senate could talk outside of formal meetings. She also worked closely with Makan Delrahim, the lead staffer on Gorsuch’s nomination team.

Her career in Washington began while she was a Senate Floor intern in July 2006 through August 2009. In 2012, she worked as a Public Policy Leadership Fellow at the Fund for American Studies (TFAS).

She Interned at Koch Industries

During the summer of 2010, Taylor reportedly interned for Koch Industries while she was still attending college. According to the company’s web site, “Koch is integral in creating the essentials that benefit daily life most: food, shelter, clothing, and transportation.” The company has over 120,000 employees worldwide, and 70,000 in the U.S. alone. “We continually strive to make life even better—in innovative ways that set industry best practices for quality and responsibility.” 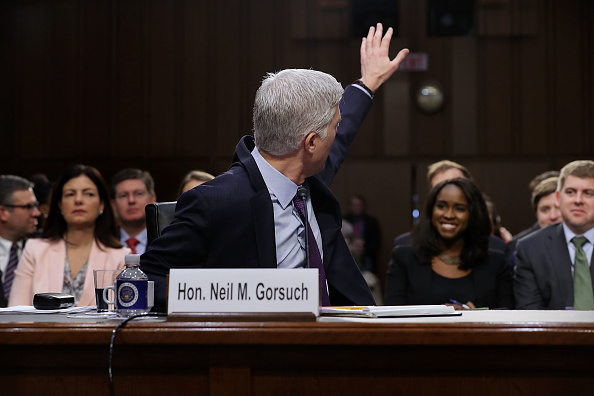 She Has a Political Science Degree

According to reports, Taylor’s LinkedIn page states she has a degree in Political Science from Bryn Mawr College for women in Pennsylvania. She was a peer career adviser while completing her studies, and also studied Spanish. 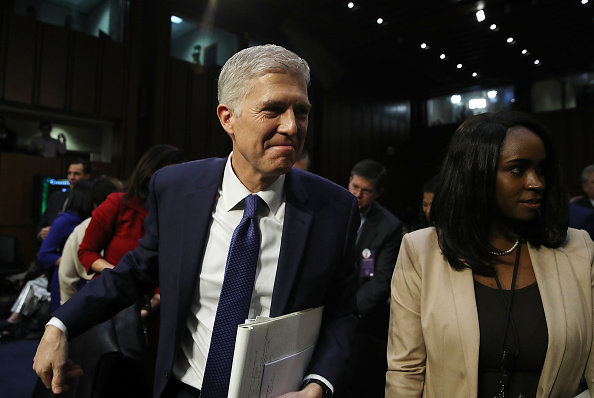 Many people have taken to Twitter to express their crushes and joy to see Taylor on the screen during Gorsuch’s hearing. But as with any situation, the haters of the Internet and skeptics of anything related to President Donald Trump have begun to make accusations that Taylor was strategically placed behind Gorsuch to convey an image. One forum writer expressed that she was probably there to provide the illusion that she had close ties with Gorsuch, and that the nominee had the support of African Americans. While these accusations are inevitable, Taylor seems to be thoroughly qualified, intelligent, and capable to make her own decisions about whom she supports. Considering her successful political background, it’s fair to assume she knows exactly what she is doing. Her calm, attentive, and peaceful demeanor was evident throughout Gorsuch’s entire hearing process.

Neil Gorsuch strongly and confidently brought forward his abilities and qualifications when faced with negatively toned questions saying, “I have participated in 2,700 opinions over 10 and a half years. And, if you want cases where I’ve ruled for the little guy as well as the big guy, there are plenty of them.” It seems the court is seeking clarity from Gorsuch to find out if he is simply a follower and fan of Trump’s ideas, or if he is a freethinking individual without an agenda. Based on Gorsuch’s responses, he appears to want to uphold the law first and foremost, and expressed he has no problem standing up to the President to uphold the law. Throughout his three-day hearing, Gorsuch diplomatically conveyed his responses to the numerous questions asked by the Senate. Now only time will tell how he will fare in the White House, if his nomination is approved. 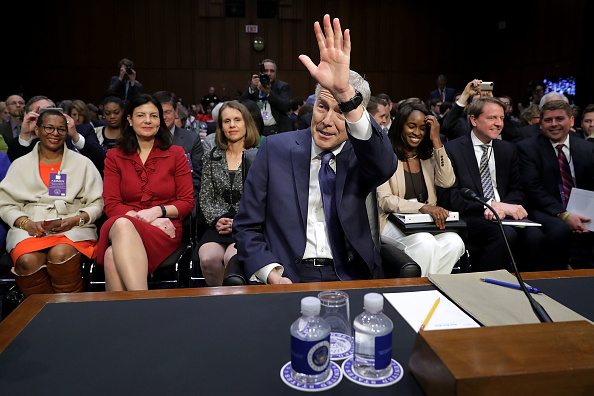