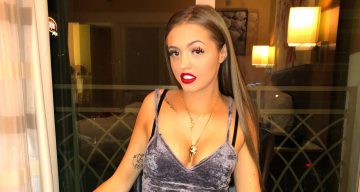 Recently, Instagram star Woah Vicky, who also goes by the name Icky Vicky, was in the limelight because of her ongoing feud with the “Cash Me Outside” girl, Danielle Bregoli. After the news surfaced on social media, many people are curious to know more about the Instagram star. Keep reading to learn more with details from Woah Vicky’s wiki.

Woah Vicky, who is also known as Icky Vicky, is famous for posting videos and photos on various social media platforms like Twitter and Instagram. She is also known for making controversial claims about her race.

Woah Vicky is currently in a relationship with a guy who’s Instagram handle is VIRGIN (@virgin.child). The duo seems to be inseparable as they continuously post pics and videos of each other on their respective social media accounts.

She was born in Hiram, Georgia as Victoria Waldrip on March 7, 2000, which means Woah Vicky’s age is 18.

In one of her videos on YouTube, Woah Vicky claims that she is from Atlanta’s Zone 6, where rappers Future, 21 Savage, and Gucci Mane are from. But that is far from the truth because she grew up in the suburbs of Hiram.

Facts to Know about Woah Vicky

Woah Vicky’s father, Steve Waldrip, is a residential builder and a local real estate mogul. He is the owner and president of Homes by Steve Waldrip, Inc. The company has a reputation for creating homes of good quality that offer complete customer satisfaction.

The Instagram star’s mother is Carla Johnson, who hails from Marietta, and she also has an older sister. Woah Vicky’s sister lives in New York and is 30 years old, according to sources. She claims that she is not close to her sister because of the age difference between them.

Woah Vicky attended John McEachern High School in Powder Springs but eventually dropped out. But she did get her diploma from the Online Penn Foster High School and even flaunted it on Instagram.

The Path to Becoming Internet Famous 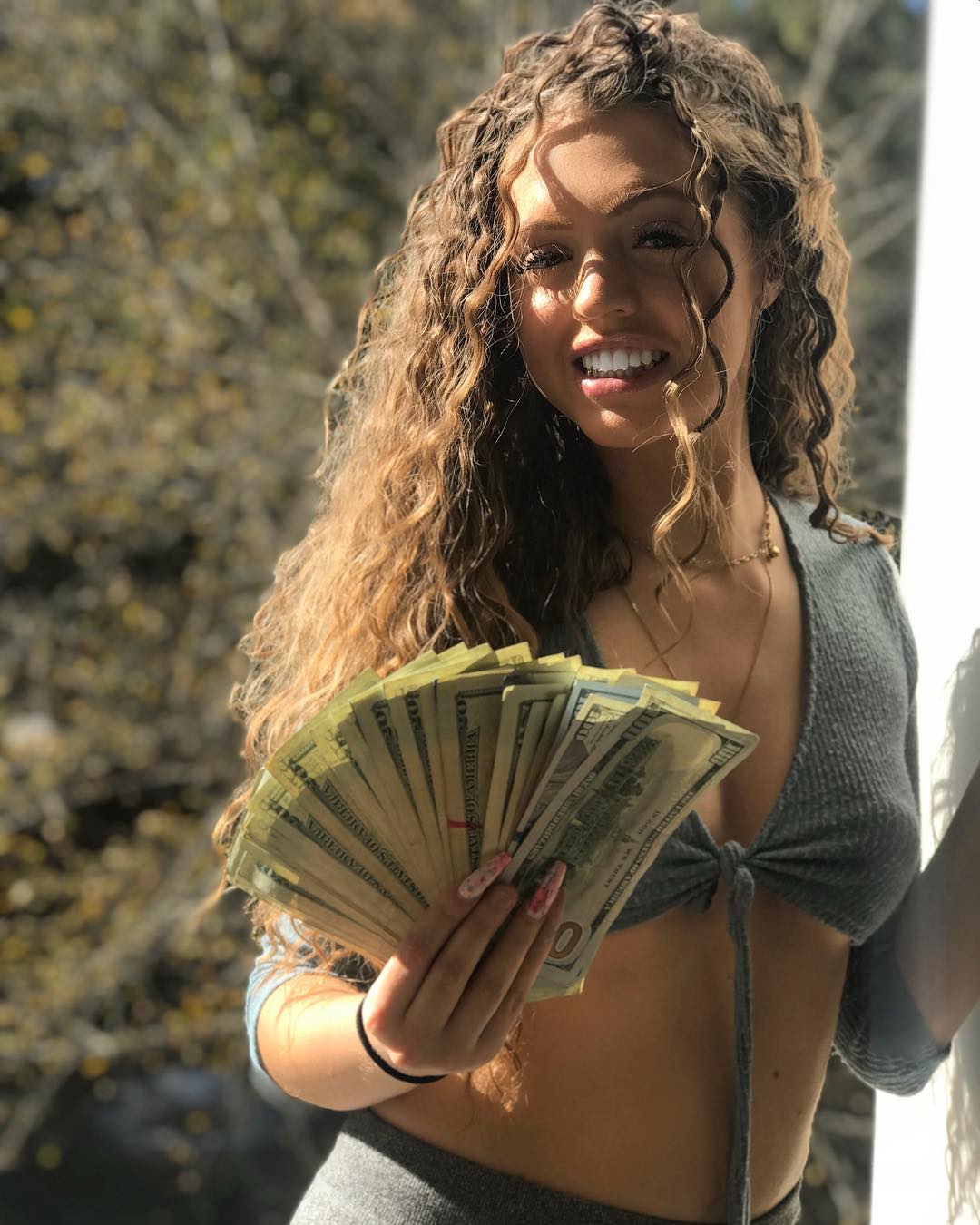 The first ever video posted by Woah Vicky was “The Lotion Challenge,” in which she and one of her friends tried eating a spoon of lotion.

Woah Vicky has recently started uploading more videos on her YouTube channel. She now has more than 126K subscribers on the channel.

Meanwhile, Woah Vicky’s Instagram account has more than 1.6 million followers! She posts a lot of photos of herself and with her boyfriend, as well as videos of herself ranting about things she feels strongly about…like her race. She has mentioned on more than one occasion that she is “black”, though many disagree with her.

Woah Vicky also posts a lot of photos of her outfits, bags, and accessories from Gucci on Instagram.

Recently, on her Live Instagram story, Woah Vicky explained how people could win free iPhones for just swiping on their device’s screen.

Woah Vicky and her boyfriend even have an Instagram account for their baby doll, which they’ve named Lul Tyrone. They post videos and photos of them taking care of the baby doll and treating him like a real baby. (And yes, it is as strange as it sounds.)

A Queen of Controversies

The social media star garnered more attention when she claimed that she is African-American after she took an ancestry test. She even posted a video about it to further explain.

In the video, Woah Vicky said that on July 19, 2017, she went on Ancestry.com and found out she is 25% black. In fact, she even posted a photo of the DNA test results on Instagram! (The haters have been at her non-stop ever since her original claims that she was black. So, it was only expected she’d flaunt the results to try and shut them up. But many still aren’t convinced.)

Woah Vicky then started posting photos of her holding guns and cash, using the N-word, and she even uploaded a video of how to twerk. She received a lot of backlash as a result, and many people ended up calling her racist.

In fact, Woah Vicky uploaded even more videos on Instagram to get back at people who claimed that she is not black. She also explained that although both her parents are white, her father doesn’t know his father, which is probably where the black ethnicity comes from.

Despite the madness she posts on Instagram, her videos are getting attention by celebrities like Piles and Snoop Dogg, who are sharing her videos.

Also Read: Why Was Woah Vicky Arrested? What Happened to Woah Vicky?

Woah Vicky created more controversy when she posted a racist music video about Asian men titled, “Ching Chong.” The video was uploaded on YouTube but has since been deleted.

The video was the social media star’s response to a video posted by fellow YouTuber RiceGum, who had criticized her singing style, along with her claims of being black.

However, after she was criticized for being a racist, Woah Vicky posted another video on YouTube, as well as Instagram, and apologized for the song. She claims that it was directed at RiceGum, who called her a racist, and not towards Asians in general.

Why Was Woah Vicky Arrested?

Woah Vicky was arrested in February at Greensboro, North Carolina’s Four Seasons Town Centre. She was “charged with trespassing, assault on a law enforcement officer and resisting, delaying or obstructing and officer.”

The Instagram sensation was with her friends in the mall when things began to get out of hand.

According to sources, the mall’s security and police asked Woah Vicky to leave the building several times. Then somebody yelled something about shots being fired, and there was a lot of panic.

Woah Vicky was eventually arrested for trespassing and police handcuffed her and led her away. In fact, she even posted a video of her arrest on her Instagram account.

After she was released on bail, Woah Vicky posted a video showing her and her boyfriend celebrating the fact that they were home. (Not without calling the cops racists, though.)

Her Famous Feud with Danielle Bregoli

Woah Vicky is also known for her ongoing feud with Danielle Bregoli, who is also known as Bhad Bhabie (or better yet, the “Cash Me Outside” girl).

According to reports, the feud started when fellow Instagram star Malu got into an argument with Woah Vicky because Malu was allegedly trying to “get with her baby daddy.”

Bhad Bhabie and Malu were friends at that time. And according to Woah Vicky, the two females threatened to beat her up if Woah Vicky ever went to Los Angeles. Furthermore, Bhad Bhabie was angry because Woah Vicky tried to do the same thing with the man Malu was dating.

The feud is reportedly still ongoing, and the two still constantly criticize each other online.

The rivals were back in the spotlight in late 2019 talking about this seemingly endless feud. Woah Vicky went on No Jumper and spoke with Adam22, Lena, and Rico Recklezz about the brawl in a lengthy episode, but it sounds like it’s always the same kind of drama for these young celebs.

In 2017, Woah Vicky also claimed that she was expecting Papi JJ’s baby. However, he denied the fact that he is the father of the baby.

Papi JJ released a video in which he said that he never got Woah Vicky pregnant. With no pregnancy in sight, it seems Woah Vicky’s claims were false.

In a recently uploaded video on YouTube, Woah Vicky and her boyfriend revealed that they purchased their own house in Los Angeles. However, they didn’t give a tour of their new home to the viewers.

In the video, Woah Vicky’s boyfriend claims that the area and location of the home are great. Woah Vicky added that a house tour will be coming up soon for their fans.

Woah Vicky made great use of her fame and now has her own website. On it, she sells various merchandise like t-shirts, hoodies, Hip Hop Chainz, Grillz, iPhone cases, beanies, and ski masks.