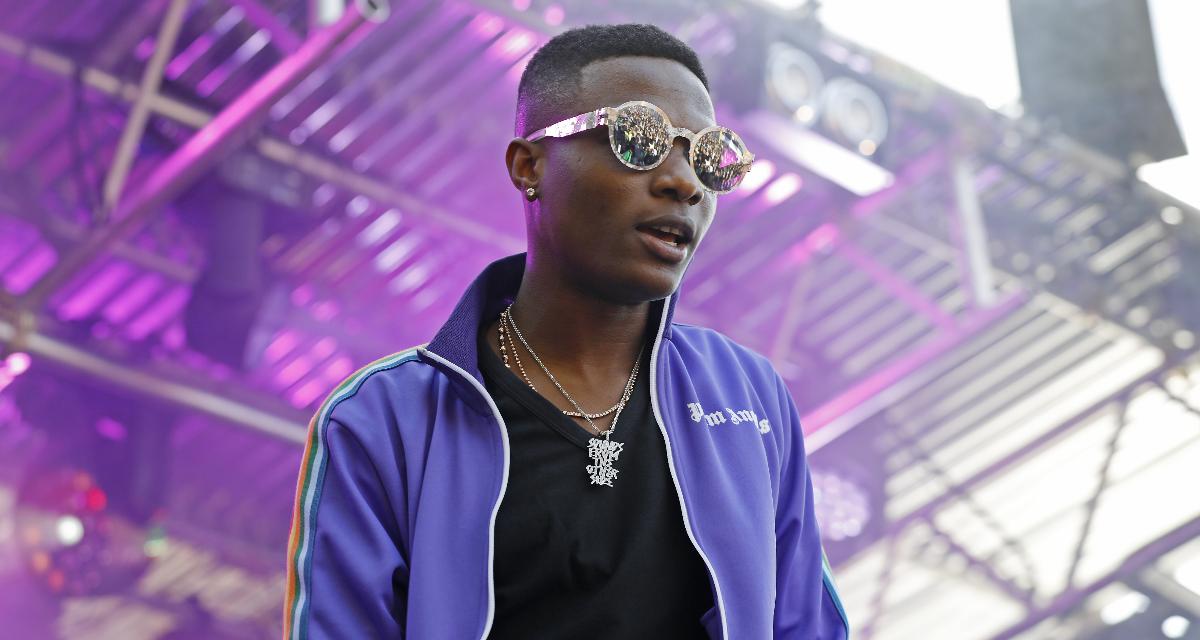 Wizkid fell in love with music at a young age and started singing and recording music when he was just 11 years old. Today, he is a bonafide superstar in his native home of Nigeria and one of Africa’s hottest musical exports. He has already served notice of his talent in songs like Drake’s “One Dance,” as well as collaborations with other artists. Wizkid’s estimated net worth is a cool $12.0 million, and he is working hard to make an impact in the North American and European music markets.

His real name is Ayodeji Ibrahim Balogun, but everybody knows him by his professional name, Wizkid. He is a Nigerian singer-songwriter who first gained prominence in 2010 with the success of his song, “Holla at Your Boy.” Since then, he has had a string of hits that have made him one of the most popular music artists in Africa today.

Wizkid has been nicknamed the “Justin Bieber of Africa” because of his style of music. And like Bieber, he started singing at such a young age.

Wizkid’s concerts and tours, albums and singles, and his endorsements and promotions have earned him millions. Wizkid’s net worth in 2018 is estimated at $12.0 million.

This is an amazing achievement considering that Wizkid’s age is just 27!

Born on July 16, 1990, in Surulere, Lagos State, Nigeria, Wizkid grew up in an interfaith household. His mother was a Pentecostal Christian and his father, who practices Islam, had three wives. Wizkid grew up with 12 female siblings.

While growing up, Wizkid listened to music by artists like King Sunny Ade, Fela Kuti, and reggae superstar Bob Marley. He fell in love with music and started singing from the age of 11.

He performed under the name “Lil Prinz” until 2006, after which he assumed the moniker of Wizkid.

While still in his early teens, Wizkid formed a group called Glorious Five with some of his church friends. They even released a collaborative album before disbanding.

With help from some established music producers like OJB Jezreel and Naeto C and to prove his worth to his father who disapproved of his interest in music, Wizkid began working very hard on his debut album.

On June 12, 2011, Wizkid released his debut studio album called Superstar in English and Yoruba, which utilized elements of dancehall, R&B, and reggae.

The album spawned several hit singles like “Holla at Your Boy,” “Tease Me/Bad Guys,” “Love My Baby,” “Pakurumo,” and “Don’t Dull.” It won him a slew of awards in Nigeria and established him as a new talented singer and a force to be reckoned with.

This album featured more serious lyrics and music as compared to his debut album. Wizkid wanted to erase the perception that he only sang about girls, cars, and other materialistic things.

By now, Wizkid’s fame had grown beyond Nigeria and Africa. He began collaborating with artists like Drake and Chris Brown to release singles like “Ojuelegba,” “African Bad Gyal,” “Girl,” Fine Lady,” “Sexy Mama,” “Slow Down,” “The Matter,” “Pull Over,” and “Expensive Shit.”

He backed it up with the release of his EP titled Sounds from the Other Side on July 14, 2017.

Going International with a Vengeance

Wizkid truly went international due to his collaborative effort with Drake on the famous single, “One Dance.” It topped the Billboard Top 100 chart for 10 weeks straight!

According to Billboard magazine on March 1, 2017, Wizkid signed a multi-album deal with RCA Records for an undisclosed amount.

From July 4, 2012, to September 2, 2012, Wizkid toured the United States with his label mates from EME. He performed in cities like Houston, Dallas, New York City, Atlanta, Chicago, and Washington, D.C. He also performed in Canada in cities like Toronto, Vancouver, and Calgary.

Then he went across the pond and performed in London and the United Kingdom with artists like Trey Songz, Kendrick Lamar, Angel, and Tulisa.

Apart from performing at the Guinness Colorful World of More concert, he also joined Chris Brown on his One Hell of a Nite Tour in May 2016. Performing with so many talented artists and in front of appreciative crowds spurred Wizkid to work harder on his music and get even better.

His exciting music and appeal to the youth did not go unnoticed. Soon enough, Wizkid started receiving offers from companies who wanted him to endorse their products.

In 2012, Wizkid reportedly signed a one-year endorsement deal with Pepsi, which was reportedly worth $350,000. He even traveled to Beirut, Lebanon for a Pepsi commercial shoot.

Later in 2015, he left MTN and signed a $355,555 deal with GLO, a Nigerian multinational telecommunications company with its headquarters in Lagos, Nigeria.

Wizkid earns money from his live shows as well. He was reportedly paid around $1,400 for every show in which he performed in 2017. With that kind of money pouring in, it’s no surprise that Wizkid owns a few prime real estate properties, as well.

He reportedly has a $36,140 mansion in Surulere, Lagos Mainland and another huge mansion in Los Angeles, California, which cost him millions of dollars. Meanwhile, Wizkid’s house in Lekki, Lagos is reportedly worth around $189,040.

Wizkid also owns a record label called Starboy Entertainment and has signed popular acts like Maleek Berry, Legendury Beatz, L.A.X., Efya, R2Bees, and Mr. Eazi. The music released by these artists has been very popular and has brought a lot of money to Wizkid’s coffers.

In just the short span of time since he’s hit the scene, Wizkid’s contribution to music has already been appreciated.

In 2011, he was given the award for Next Rated at The Headies (formerly called the Hip Hop World Awards) in Victoria Island, Lagos. And as part of the award, Wizkid received a 2012 Hyundai Sonata, which was worth a cool $27,000.

The car landed in Wizkid’s collection of cars at his home.

A Healthy Love for Cars

According to sources, Wizkid has a deep love for cars. He has quite a few lovely cars in his collection, which include:

Living It Up in Style

Thanks to all the money he has in his bank, Wizkid leads quite an extravagant lifestyle and loves flaunting his riches.

Recently, he gave his fans a peek at his diamond crusted wristwatch, which reportedly cost him a whopping $1.2 million! He also likes to wear chains and rings, and they, too, have cost him a pretty penny.

However, with a bountiful net worth reported at around $12.0 million at the young age of 27, Wizkid is not at all worried about his future financial condition.

Wizkid’s Instagram account clearly shows his passion for music shows. It is full of pictures of posters of his live shows, him recording music in the studio, his colleagues and fellow musicians, and some lovely women.

He also has photos of his children on his account, in which he is spending quality time with them.

See who came to pick Dad frm the airport ! ❤️??

According to sources, Wizkid has three sons from three different women. Although he had reportedly denied this earlier, he has come to accept them now.

These days, Wizkid spends most of his time making music that he believes in because he knows he has a big responsibility towards his fans and admirers. After having achieved fame and fortune in his native Nigeria and Africa, he is working hard to break into the North American and European music markets.

Some of his songs created in collaboration with artists like Drake and Chris Brown have already given him a toehold in America. And now, Wizkid wants to break down the doors and give the whole world a taste of his innovative and catchy music.

Wizkid’s Estimated Net Worth Compared to Other Singers