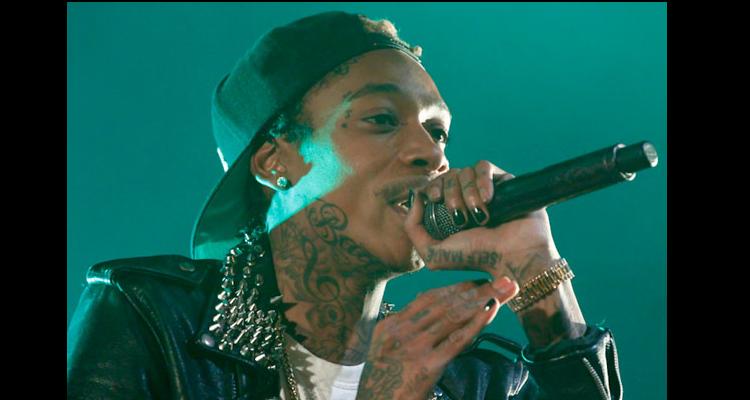 Wiz Khalifa is a rapper, recording artist, and an actor with an almost $32 million net worth by the end of 2015. Wiz is best known for his hit debut single, “Black and Yellow,” which peaked at the top spot on 2010’s Billboard Hot 100 chart. Wiz is also known for producing and performing with singer Charlie Puth on the original track “See You Again” from the 2015 blockbuster Furious 7. The song was a tribute to the sudden demise of Paul Walker, a lead star of the Fast & Furious franchise. The lyrics in the track were so compelling that Wiz Khalifa once again hit number one on Billboard’s Hot 100. The song recently also won the Critics’ Choice Award for Best Song and is nominated for several categories at the 58th Grammy Awards, which air on February 15.

Born on September 8, 1987 as Cameron Jibril Thomaz, his stage name Wiz Khalifa is derived from the Arabic word “Khalifa,” which means successor, and the word wisdom, which he shortened to “Wiz.”

Wiz Khalifa released his first mixtape back in 2005 before releasing his first full-length album in 2006, Show and Prove, which led to Rolling Stones naming him as an “artist to watch” that year. And rightfully so—his 2007 debut single after signing with Warner Bros. Records, “Say Yeah,” reached number 25 on Billboard’s Rhythmic Top 40 list and number 20 on the Hot Rap Tracks chart.

After releasing his second studio album, Deal or No Deal, in 2009, Wiz Khalifa signed with Atlantic Records in mid- 2010—that’s when he released his breakthrough hit “Black and Yellow” later that year, officially breaking into the mainstream music scene. His first mainstream album, Rolling Papers, dropped in March 2011 and debuted at the second spot on the Billboard 200 chart. The album reportedly sold almost 200,000 copies just in its first week in the U.S. alone. In 2012, Wiz released his second mainstream album, O.N.I.F.C. (which stands for Only Nigga In first Class), with platinum-selling songs like “Work Hard, Play Hard” and “Remember You.”

Wiz Khalifa’s most recent studio album, his fifth one, is 2014’s Blacc Hollywood, which features collaborations with artists like Nicki Minaj and Juicy J. Wiz Khalifa’s total earnings from the sales of all of these albums is estimated to be over $2.5 million.

During the 2016 Golden Globe Awards, the rapper announced that his next album, Khalifa, was slated for release soon—Atlantic Records has set February 5 as the official release date. 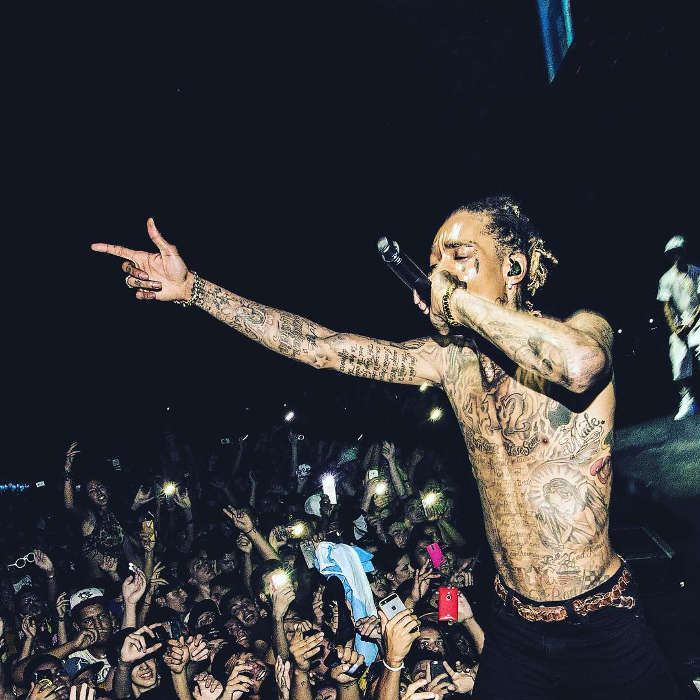 A big surprise to Wiz Khalifa’s net worth earnings is that he has earned a good chunk of his fortune from his YouTube channel. The Wiz Khalifa channel has over two billion views, even more than Kanye West’s channel that has about 1.4 billion. Industry analysts have estimated that Wiz earns $0.0076 for every 1,000 views, which might not sound like much, but for 1.99 billion views, that works out to just about $15.1 million in earnings.

The other big contribution to Wiz Khalifa’s net worth is concerts; the rap star has notoriously been touring virtually every year since 2009, pulling in an estimated $32 million in revenue. Khalifa is believed to get around 85% of his concert sales, and since Wiz does pull a big crowd to his gigs, that’s big money in his pocket. He reportedly earned $4.25 million from his first Deal or No Deal tour and $8.5 million from his Blacc Hollywood Big Secret tour in 2014. There was also last year’s American Beauty/American Psycho tour with the band Fall Out Boy, which earned Wiz Khalifa at least $1.05 million, despite having to take a smaller cut (since he was an opening act). 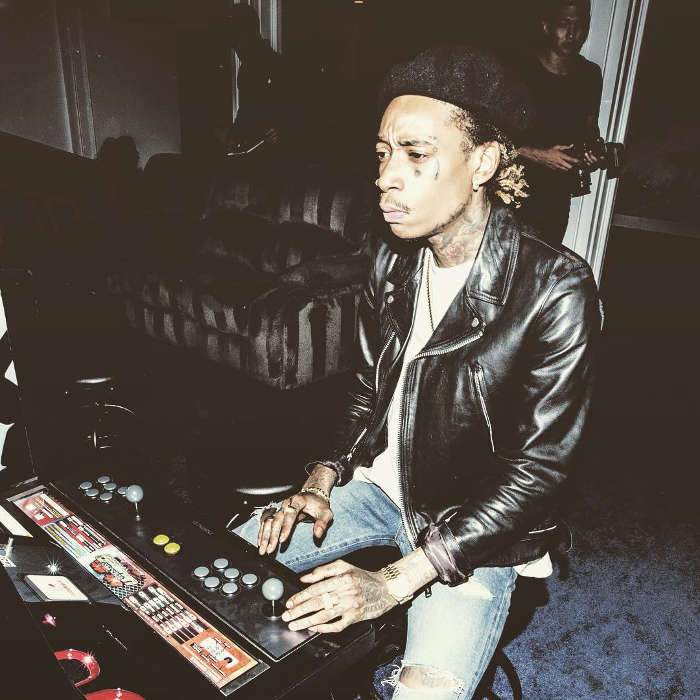 Wiz Khalifa happens to have a relatively high-reaping endorsement deal with Converse. He is estimated to get around $500,000 a year from his deal with the footwear company. It’s comparatively lower than his contemporaries from the industry, but the revenues have added up to $6.4 million over the last decade.

Wiz Khalifa also happens to sell an elaborate range of his merchandise, mainly promoting marijuana use. His rolling papers, hoodies, printed t-shirts, and designer hats are available and sold on Amazon, as well as through his own web site. His net worth has grown by more than $5 million from the sales of these products.

His House in Pennsylvania

In 2013, Wiz Khalifa reportedly purchased a million dollar house in Canonsburg, Pennsylvania. The 3,900-square-foot villa has five bedrooms, four baths, Brazilian Koa flooring throughout the entire house, and a plush master suite with high ceilings, all situated around 2.8 acres of private wooded land. The rapper moved into the house while he was dating model Amber Rose. The then-married couple, who have since separated, lived there for over two years and it’s where they had welcomed their son Sebastian Taylor. The house is also close to his hometown where Wiz grew up and went to high school. Wiz Khalifa also happens to own a fancy car collection that has included a Porsche 991, a white Rolls Royce Phantom, and his favorite, the Challenger SRT8. Wiz has reportedly also picked up a Bugatti Veyron “Rembrandt Edition” with a signature “Khalifa” license plate! 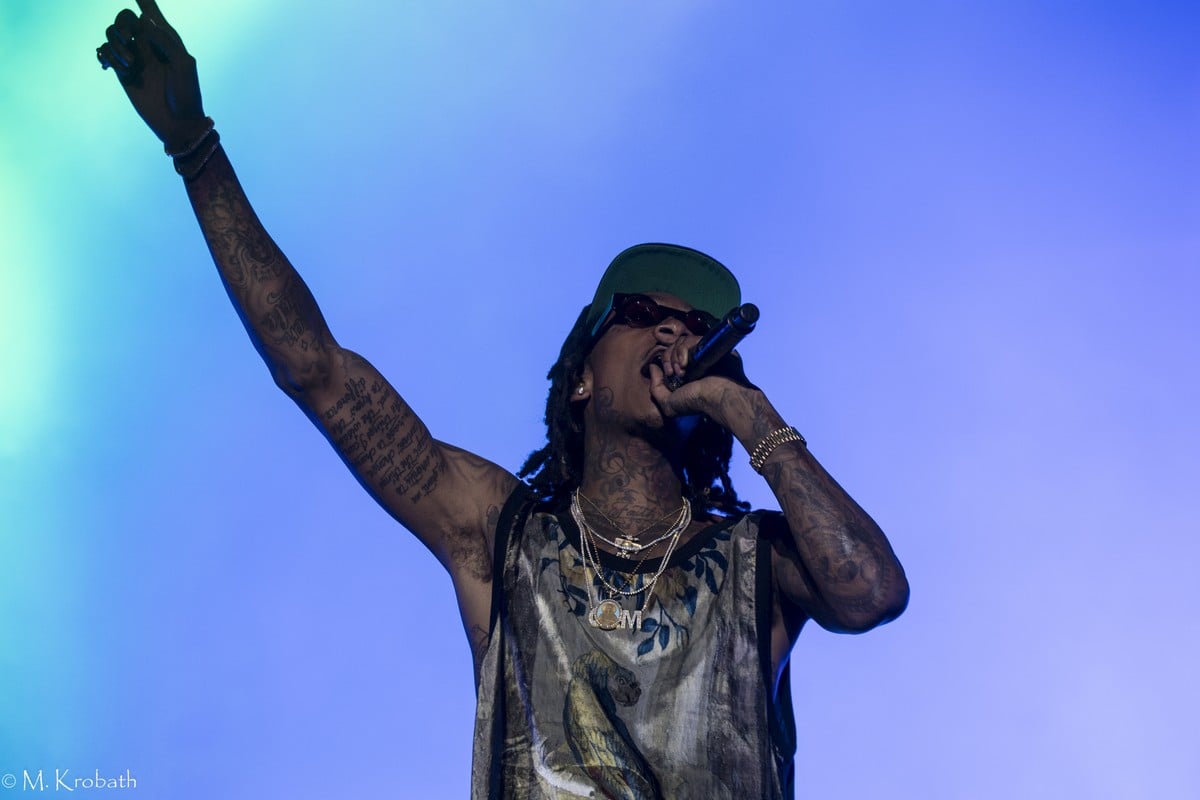