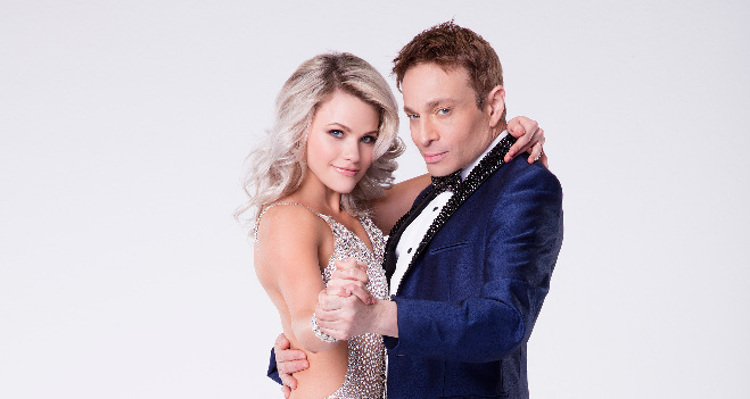 For Witney Carson, dance is life. She hasn’t missed a single season of Dancing with the Stars as a professional dance partner in the last four years. This year she is paired with actor and comedian, Chris Kattan. Audiences can expect Carson to thrill  them with her fantastic dance moves.

Witney Carson has been one of the stalwarts of Dancing with the Stars ever since she joined the show as a troupe dancer in 2013, and was promoted to professional partner for season 18. For season 24, Carson has been partnered with actor and comedian, Chris Kattan. Though they were off to a rocky start, fans are still rooting for the two to win season 24. With the talent she put forth when winning season 19 in November 2014 with her partner Alfonso Ribeiro, we are sure she can take home another Mirrorball Trophy. For Witney Carson, Dancing with the Stars is a forum where she can showcase her skills and do what she does best, dance. Here are some details from Witney Carson’s wiki.

A Childhood Passion for Dancing

Witney Carson was born on October 17, 1993 in American Fork, Utah to Jill Johnson-Carson and Tyler Carson. She has two younger brothers and one younger sister. Carson had a passion for dance from the age of three, when she started training in different dance forms like ballet, jazz, hip hop, ballroom, and tap, among others. Carson then started performing and competing in competitions around the world and won several awards and scholarships. It was obvious to her and everyone in her family that Carson had an undying passion for dance.

She Hasn’t Missed a Season in 4 Years

The Dancing with the Stars 2017 cast features several accomplished dancers, and Carson is one of them. Her dedication to the art form and the show can be gauged from the fact that she has not missed a single season since the last four years. She began as a troupe dancer on season 17 in 2013, and has been a part of every season of the show since. For season 24 of DWTS, Chris Kattan and Witney Carson are paired up, and with Carson in the mix, the dance floor will definitely be set on fire with their moves. For Witney Carson, DWTS season 24 is yet another opportunity to wow audiences and judges with her spectacular dance moves.

Carson’s age is just 23, but she is already a veteran of DWTS. She has been supported in her dancing career by her boyfriend, Carson McAllister. She confirmed their engagement through Instagram on October 3, 2015. On January 1, 2016, McAllister officially became Carson’s husband, when they married in a Mormon wedding ceremony at the Salt Lake Temple in Salt Lake City. Some of Carson’s DWTS castmates like Brittany Cherry, Jenna Johnson, and Emma Slater were among her bridesmaids, while Lindsay Arnold served as her matron of honor.

Also Read: Peta Murgatroyd Wiki: Everything You Need to Know about the “Dancing with the Stars” Pro

Dancing Makes Her World Go Round

At 5’3″, Witney Carson’s height isn’t the tallest, but what she lacks in size, she more than makes up for in dancing ability. After all, she has worked with dancers and choreographers like Mia Michaels, Nappytabs, Travis Wall, Sonya Tayeh, Tyce Diorio, Mark Ballas, and Stacey Tookey. Carson’s Instagram account gives fans a peek into her life, which is dominated by dance and her husband.

Can’t Stop When the Music Plays

There are a lot of expectations from Witney Carson and Chris Kattan this season of DWTS. Though their first performance was less than stellar, the duo knows what they should be working on and are bound to step it up next week. For Carson, DWTS season 24 is yet another stop in her life-long relationship with dance.