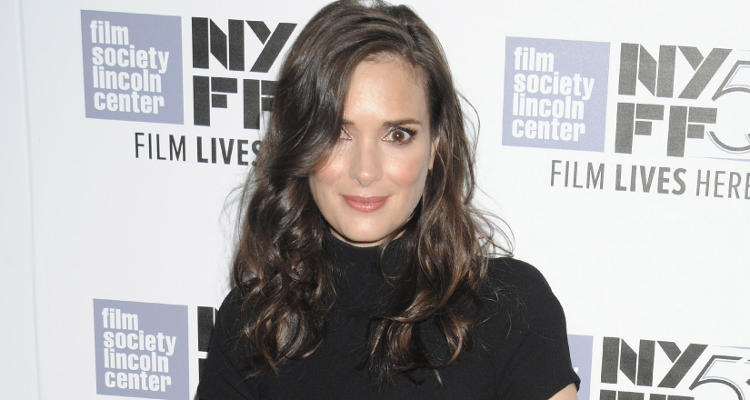 Winona Ryder has been acting in movies for the better part of three decades. Can you believe it? If you can’t, check out the Winona Ryder wiki page on the net. She is just 44 years old and Winona Ryder’s movies are already part of Hollywood folklore. From her first movie Lucas (an under rated gem of a movie) to her latest release Experimenter, Ryder has delivered one fantastic acting performance after another. Along the way, Ryder has starred in some of the most iconic films of the last 30 years. So, the question that has everyone curious is: ‘How much is Winona Ryder’s net worth?” It is more than $14.0 million. And who is Winona Ryder’s boyfriend? It is the fashion designer Scott Mackinlay Hahn, whom Ryder has been dating since 2011.

Ryder started acting at the tender age of 14 in the under appreciated teen movie Lucas. She then played parts in movies such as Square Dance and Heathers which really showcased her acting abilities. Her big break came in 1988 when eccentric director Tim Burton cast her in his film Beetle Juice. The movie was a box office success, catapulting Ryder onto the Hollywood scene among the brightest teen stars at the time. However, it was in the ’90s that Ryder really came into her own. Things got off to a flying start with the success of the cult classic Edward Scissorhands, where she starred alongside Johnny Depp. Her next film, the comedy Mermaids, also scored at the box office. She received an Academy award nomination for her role in The Age of Innocence. Her role as a young woman searching for direction in the cult movie Reality Bites cemented her status as America’s sweetheart.

Critics were united in their opinion that Ryder was one of the finest actors of her generation. Any remaining doubts were quickly squashed with another Oscar nomination for the film Little Women. Her star power got larger with the success of Alien: Resurrection, where she played the role of an android. Her last great film of the ’90s was Girl, Interrupted where she played the role of a mentally disturbed woman. Subsequent movies did not set the box office on fire but Ryder still continued to get rave reviews. Younger viewers might remember her for Mr. Deeds, where she acted opposite funnyman, Adam Sandler. This proved to be her biggest hit ever. Since then, Ryder has done dark films like A Scanner Darkly, Black Swan and The Dilemma, which have upheld her status as an actress of repute.

Ryder has always had the reputation of being shy when it came to exposing herself on screen. So naturally, fans were surprised when Winona Ryder bikini pictures appeared on the Internet. Ryder dealt with it in her typical understated way and the storm passed over. Maybe because her relationship with Scott Mackinlay Hahn has been rock solid over the years. Winona Ryder’s height may be just 5’3” but she is a strong woman. She has had trouble with the law in the past, but now she is controversy free. Some people grow wiser with age and Ryder is certainly one of them.

For Winona Ryder, 2016 has brought renewed media attention on her. Younger audiences may think of her as a bit actor in Hollywood but that is because they are unaware of her earlier body of work. Older audiences still remember the time when Ryder was America’s sweetheart and acted in some of the finest movies of her time. If goodwill were dollars, Ryder would be one of the richest people in Hollywood.