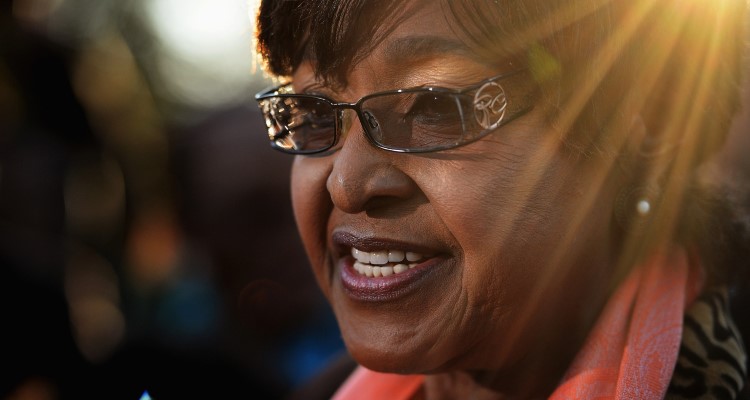 According to multiple reports, anti-apartheid activist Winnie Madikizela-Mandela died on Monday at age 81. She was better known as the ex-wife of the late South African political leader, Nelson Mandela. However, she also had a strong following of her own and many are still saddened by Winnie’s death.

Many are now looking for Winnie Mandela’s quotes as a way to remember her and the extraordinary life she lived before she died. She authored several books and was a devoted wife to her late ex-husband before his death.

Winnie was married to Nelson for 38 years, which included the 27 years he was in prison on Robben Island near Cape Town. According to reports, Winnie died peacefully after a long illness and was in and out of the hospital before she passed.

“It is with profound sadness that we inform the public that Mrs. Winnie Madikizela-Mandela passed away at the Netcare Milpark Hospital‚ Johannesburg‚ South Africa on Monday April 2‚ 2018,” her family said in a statement.

Winnie was known for supporting her husband while he was imprisoned, but they divorced two years after he became South Africa’s first black president. According to CNN, they divorced in 1996 but had two daughters together.

The story is still developing and funeral arrangements haven’t been revealed at this moment. The family will release memorial details once they have been finalized.