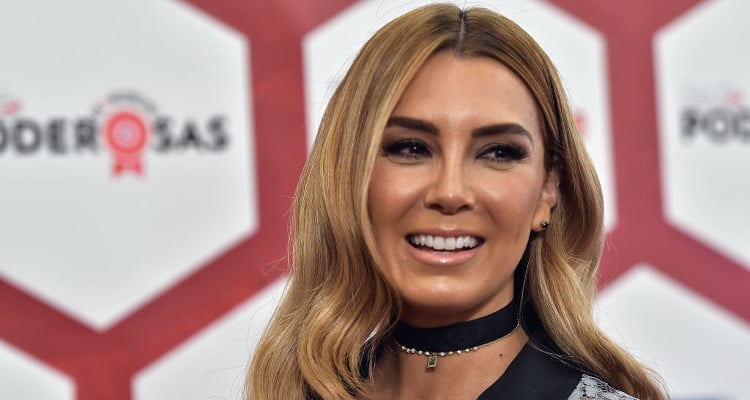 It is very difficult for any star to make the crossover from a regional artist to a global star, but actress and model Elizabeth Gutiérrez has done exactly that. Starting with work in telenovelas, she has now achieved mainstream success, and her work is seen in more than 50 countries.

Telenovelas have only increased in popularity throughout the United States and all over the world. Thanks to this, stars from Latin America are making the crossover to mainstream audiences. One star who has attained immense popularity in the U.S. is Elizabeth Gutiérrez, a model and actress of Mexican descent. She is reportedly Cuban-American former model and actor William Levy’s wife, but the truth is that they have never married. William Levy and Elizabeth Gutiérrez met when working on Protagonistas de Novela 2 and began dating. Keep reading for some details from Elizabeth Gutierrez’s wiki.

Working Her Way Up

Born on April 1, 1979, in Los Angeles, California, to Mexican parents, Elizabeth Gutiérrez’s age is 38. She began her career as a model on the show The Price is Right. She then took part in the second season of the reality TV show Protagonistas de Novela. Gutiérrez is known for her work on successful telenovelas. In 2005, she starred as a villain named Isabela in Olvidarte jamas but had to leave the production 12 episodes before it ended because she was pregnant with her first child. In 2006, she worked in Acorralada for a brief while before leaving the show to play the lead role in Amor Comprado. She experimented with the online medium by acting in a mini novella called Isla Paraiso which comprised of 15 two-minute episodes.

Also Read: Jennifer Pfautch: Everything You Need to Know about Omari Hardwick’s Wife

She hit the big time when her next telenovela, El Rostro de Analia, became a monster hit and aired in more than 50 countries, bringing her worldwide recognition. This gave Gutiérrez the power to choose her roles with greater deliberation. She exercised it and took on the role of a villain in Corazon Salvaje to rave reviews. Gutiérrez then played the lead role in El Fantasma de Elena which has been seen in more than 70 countries. She branched out into dancing and took part in the dancing show iMira Quien Baila! before appearing in the telenovela El Rostro de la venganza in which she plays a woman who swings between a father and a son.

I don't know how the doors will open… but I know the hand that opens doors!??♥️ @_elybeauty

The father of Elizabeth Gutiérrez’s kids is her longtime partner William Levy. Their children are named Christopher Alexander and Kailey Alexandra and are the apple of Gutiérrez’s eyes. Though there have been reports of the couple’s breakup several times in the past, they have strongly denied these rumors. In fact, in 2016, Gutiérrez told the media, “ I think in every couple, it is fundamental to be supportive of each other, and give them wings to fly. That’s the beauty of it. And I think this is fundamental for every couple, admiration, and giving each other space to grow, be a support system, not an obstacle.”

Fans looking for the actress’ hot pics should check out her social media accounts. Elizabeth Gutiérrez’s Instagram account has pictures of herself, with her children, friends, in ads, and with her colleagues. Gutiérrez’s success has proved that good artists can become popular across the world as long as they work hard and hone their skills. A talented artist can connect to discerning audiences and tell a story like no other.