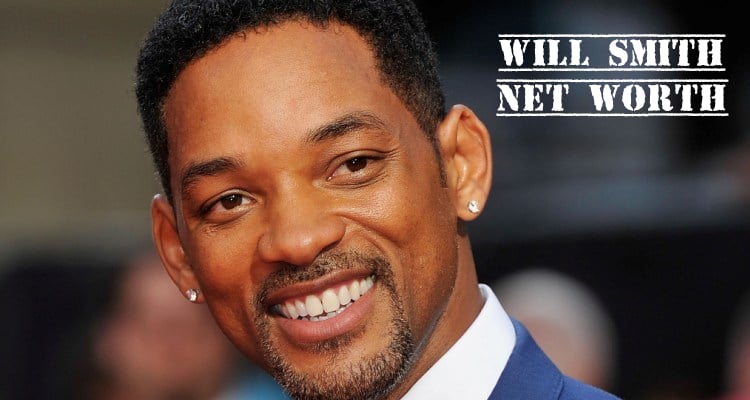 One of the most recognizable movie stars on the planet, Will Smith has forged a name for himself as perhaps Hollywood’s most bankable big screen actors. It’s hard to believe that Smith started his entertainment career as a rapper from Philadelphia before making the shift into acting. But the move has paid off in a big way, and the Will Smith net worth is in the vicinity of $260.0 million.

It’s almost impossible to think about Will Smith without mentioning The Fresh Prince of Bel-Air. It’s what helped his acting career skyrocket after his time spent in music. What’s interesting is that Smith was actually in debt to the tune of $2.8 million when he started the show, but he made about $1.0 million a year in the six seasons Fresh Prince was on the air. Painfully, 70% of that went to the IRS, but only for the first three seasons.

Some outlets have stated that the only reason he took the Fresh Prince role was to get out of debt. He had sold seven million albums as DJ Jazzy Jeff & The Fresh Prince, with partner Jeffrey Townes, earning about $10.0 million in just two years. The duo also won the first ever Grammy in the rap category back in 1989. Overspending lead to his eventual problems with the IRS, but we’d say Fresh Prince more than made up for it.

One thing you can be sure about with Will Smith, his movies will make money—and plenty of it! He’s not one of Hollywood’s elites just because of his rugged good looks. His movies rake in profits in the hundreds of millions, even the bad ones.

Let’s go down the list of eight films in which the former Fresh Prince had a starring role.

There’s still Hancock, Men in Black 3, Bad Boys 2, and I, Robot. All of these films grossed over $100.0 million and in some cases, well over that amount. These films have cemented Smith’s legacy and his place in Hollywood and have lead to his being such a respected figure in popular culture today.

He Also Gets Paid Upfront

With all this talk about how much Will Smith helps his movies earn at the box office, let’s not forget that he actually gets paid to star in these roles. And his paychecks aren’t exactly light, though they started out modestly enough. Back in the days of his first movies like Made in America and Six Degrees of Separation, Smith was still only earning in the hundreds of thousands.

Fast forward a few movies later to the first Bad Boys and Men in Black movies, and Smith had made the jump to the million mark, taking in about $5.0 million for each of those films. The success of those franchises obviously gave Smith some confidence, and he knew that he could up his salary demand quite significantly.

And when Ali first hit the theatres, a movie we should remind earned Smith his first Oscar nomination, he was paid what mega star actors all dream of getting paid; $20.0 million. That trend would continue for most of the movies bearing Will Smith’s name. Men in Black 2 and Bad Boys 2 both had a $20.0 million price tag attached, as did The Pursuit of Happyness and Hancock.

Will took it one step further with i, Robot, commanding an impressive $28.0 million for his role as a cop who distrusted the new wave of artificial intelligent robots. Sounds like a lot of money (who are we kidding—it is a lot), but with the hundreds of millions these films were racking up, it’s a pretty safe bet to be taking.

Breakdown of Will Smith’s Movie Earnings

Not like Will Smith actually needs any more money, but he does do something other than act to pad his bank account. A surprising fact is that Will owns the production company that makes many of his movies. Along with his business partner James Lassiter and wife Jada Pinkett Smith, Overbrook entertainment has a roster of solid movies under its belt.

I Am Legend, Hitch, The Secret Lives of Bees, and The Pursuit of Happyness have all been produced by Overbrook. TV shows Gotham and Hawthorne are also Overbrook productions.

It’s safe to say Will has been on the right track for the past two decades. And with more blockbusters on the way, get ready to buffer that net worth by a few hundred more million. Pursuit of happiness over!