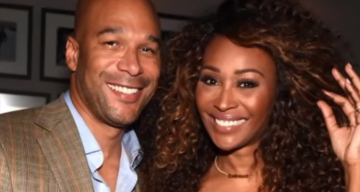 If you’ve been following The Real Housewives of Atlanta’s Cynthia Bailey, you know that she recently finalized her divorce! What you may not know, is that she may have even found herself a new man. In this Will Jones wiki, we will take a look at this new addition to the RHOA cast, as well as the possible controversy that may have led him to Bailey and the show.

Who Is Will Jones?

Who is Will Jones? It’s a rather interesting question when you start digging into the life of Cynthia Bailey’s boyfriend. Some things are very obvious. He’s rather good looking, in good shape, and incredibly photogenic.

What We Know about Will Jones

Most of what we do know about Will Jones comes via his Instagram. We know that he is a Chicago native who travels a great deal. His most recent trip appears to be to South America. He is also a father as there are a number of pictures of Jones with his daughter.

According to a number of websites, Jones is a motivational speaker.

Cynthia Bailey mentioned in an interview that she is seeing someone who lives in Los Angeles. Normally, we’d assume that she meant Jones, but all may not be as it appears.

The Truth about Will Jones & Cynthia Bailey

Who is Cynthia Bailey dating? Well, that may be a more complicated story than you may think depending on what you believe.

The official story is that Cynthia Bailey and Will Jones met through the social scene in Atlanta, where they both have numerous connections. They were introduced to one another through a mutual friend. Or did they?

Since it was revealed on The Real Housewives of Atlanta that Bailey and Jones were dating, rumors started to spread that the two weren’t actually dating. Now, this may be due to the fact that Bailey said that she isn’t going to be exclusive to any one guy. So, she may be dating Jones, but they may not be exclusive.

There are rumors that go a few steps further. The most persistent story is that Jones and Bailey are not actually dating and, in fact, Bailey is paying Jones to be her boyfriend on the show. One story quotes a source saying that Jones’ RHOA release form couldn’t be signed quick enough.

According to these stories, there seemed to be very little chemistry between Jones and Bailey and that, the minute filming of the latest season finished, Jones was out of the picture. Why would you fake a relationship like that? It reinforces the idea that Bailey is desirable and out there with younger men.

It also gives Jones television exposure, which can help out his career as a motivational speaker. It may be worth noting that Will Jones’ website consists of one page: A contact form for media inquiries.

Make sure you guys are tuned in for another episode of the Real Housewives Of Atlanta? It’s on now? @bravotv #tiffanys w/clear lens @cynthiabaileyeyewear

Bailey, on the other hand, claims that both of her relationships are very much real. Not only that, she says that both men know about each other.

Is Cynthia Bailey dating Will Jones? We may have to wait until the next season of The Real Housewives of Atlanta to find out!