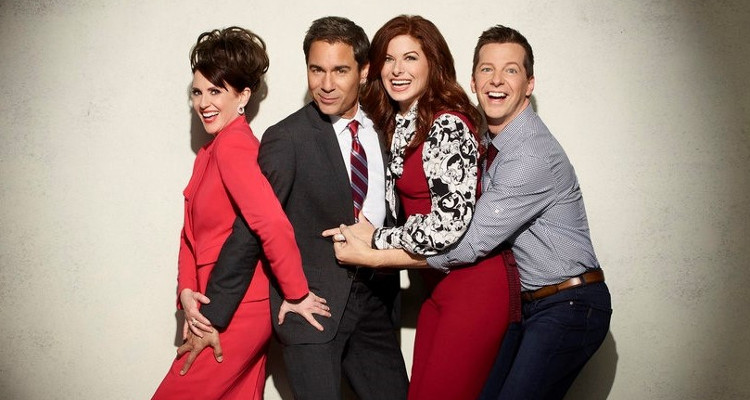 What’s old is new again, honey. Ending a series doesn’t mean much anymore, now that reboots and revivals are the new trend. This is good news, of course, for Will & Grace fans, who get an encore performance as the show returns for a ninth season! When does Will & Grace start again? If you need the Will & Grace new season release date, then don’t go anywhere.

Did you ever think you would live to see Will & Grace in 2017? Well congratulations, because the moment is finally here! And fans are asking, “What channel is Will & Grace on?” The iconic show will return on Thursday, September 28 at 9:00 p.m. EST on NBC. It’s a little confusing but the reboot of Will & Grace (the 2017 version), is technically a “new” comedy, so this is being referred to as season 1, but it’s also a continuation of the old series.

The hit show ran for eight seasons and, after 11 years and many tears, it’s back and ready to tackle 2017. The first season of the reboot brings back the much-loved characters Will, Grace, Karen, and Jack, who will be featured in all 16 episodes of this season.

The show revival’s first season hasn’t even premiered yet and it has already been cleared for a second (10th) season!

And the cast was more than ready to come back to the beloved sitcom’s set.

“It felt good. Why wouldn’t we want to do this?” said co-creator David Kohan.

“We all came together and read and it felt like coming home,” Debra Messing added. “We laughed so hard. For the last year, it’s been a confusing time and I haven’t laughed very much, and to come back together and to laugh out loud and to be surprised by one another and to have new stories to tell and to have another opportunity to do it, it’s a no-brainer.”

Grab a drink & let's toast! It's almost time for these four to make their return. ? #WillAndGrace

What Can We Expect from the Reboot?

Fans first got a taste of the reboot with a clip on YouTube featuring the New York City gang talking about the 2016 presidential election. Fast forward to now, Will & Grace fans will reportedly get more than a few Trump references in the first episode, all while maintaining a light and comedic tone. And expect Karen to have the president’s back, because in the YouTube clip, she expressed her love for him. Are we surprised? No, but we still love her and her gin—the drink, not her cousin, also named Gin. When it came to the election, Jack was undecided and Will and Grace were voting for Hillary Clinton.

There’s no telling how the series will compare to its previous seasons, but Thursday is already ruled by ABC’s TGIT lineup, including Grey’s Anatomy, but we’re hoping for the best.