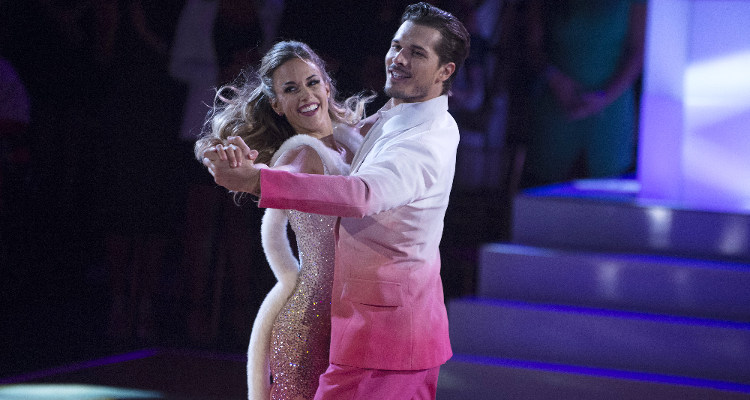 Jana Kramer has revealed that Gleb Savchenko is down with the flu, one day before the Dancing With The Stars season 23 finale. Will he have to sit out their last dance together?

Gleb Savchenko Has The Flu

Savchenko’s illness could not have come at a worse time. The 33-year-old Russian dancer and choreographer and the country singer are fan favorites to win this season’s coveted trophy. The partners’ synchronicity and on-stage chemistry is undeniable, even leading to speculations that something might be cooking behind the scenes. Gleb Savchenko and Jana Kramer are currently one of the top four finalists who will be competing in tonight’s (November 21) two-part finale episode. Millions of viewers will tune in to watch the hit reality show, as the final contestants dance it out in ABC’s Dancing With the Stars season 23 finale. Kramer and Savchenko will face-off against Laurie Hernandez and Val Chmerkovskiy, James Hinchcliffe and Sharna Burgess, as well as Calvin Johnson and Lindsay Arnold in the highly-anticipated episode.

The One Tree Hill actress shared the news of Savchenko’s sickness with her 1.2 million Instagram followers, by posting a photo of herself with him wearing a medicine mask. The photo was aptly captioned, “One of us has the flu…well maybe two of us. Excuse me while I go vitamin C overdose.” As the pressure of performing built up, Savchenko was forced to reschedule rehearsals and rest up all weekend. It remains to be seen whether Savchenko will be healthy enough to dance with Kramer, and it looks like it will have to be a last-minute decision for the show’s producers.

One of us has the flu????…well maybe two of us. @glebsavchenkoofficial. Excuse me while I go vitamin C overdose

A few hours after posting the photo with the ailing Savchenko, Kramer shared another picture, this time with the Dancing With the Stars troupe member Alan Bersten, who may be replacing Savchenko in the event that he is too sick to perform. The fill-in dancer has previously stepped in for dancers throughout season 23. This isn’t the first time Savchenko had almost been sidelined; the pro dancer nearly sat out of a live performance in November, after suffering a grave knee injury.

The pair has had their share of obstacles, as Kramer also pushed through a rib injury at the beginning of Dancing With the Stars season 23. Then, she shared the news with her Instagram fan following saying, “For those of you asking. I strained my rib muscles but I’m a tough cookie, and I’m gonna fight through it. Thanks for the love!!!” While Savchenko is recuperating at home, Kramer continues rehearsals with Bersten in Los Angeles. Fans are desperately praying that “Team Glamer” bounces back and takes home the big prize!