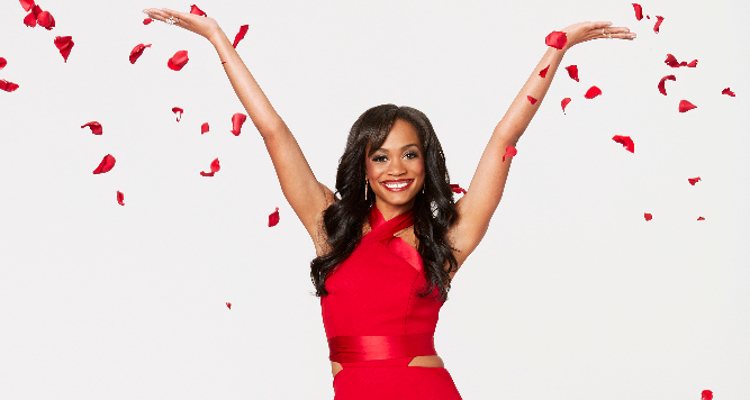 The Bachelorette 2017 hasn’t even premiered yet, and we’re already hearing about the intense competition for Rachel Lindsay’s heart. One of the contenders is Will Gaskins, and he appears to have made quite an impression on Rachel. Word of caution: there are spoilers ahead!

There’s a bit of wait until the premiere of The Bachelorette season 13, where we will see Rachel Lindsay being courted by some impressive suitors. While they are still in the process of filming the show, we’re hearing of some top contenders who have made quite a splash at the bachelor mansion. Will Gaskins, The Bachelorette contestant, has already established himself as a frontrunner early in the competition. Here’s what you need to know about this suitor in our Will Gaskins wiki.

This season, we’re hearing that many of the suitors are from Florida. Gaskins currently resides in Miami, however, he’s originally from New York. He grew up in White Plains, NY and graduated from John F. Kennedy Catholic High School in 2006. He acquired his bachelors degree in politics from Ithaca College in 2010.

Gaskins’ Instagram is private until the show premieres, but he does have a LinkedIn profile. He writes on his LinkedIn page that he grew up in a military household, which ingrained in him the tenets of hard work and determination. His parents are Will and LaLin Gaskins. His father was also a graduate of Ithaca College.

Many of the guys this season, like Gaskins, are far from Rachel’s hometown in Dallas, Texas, where she works as an attorney. If Gaskins wins, would he consider living in Dallas instead of Miami or New York? We’ll have to wait and see. Considering distance was irrelevant to Nick Viall and Vanessa Grimaldi (who lives in Canada), we’re sure Rachel won’t have any troubles either!

At Ithaca College, Gaskins was quite the star of their basketball team, especially with a height of 6’4”. He was coached by Tom Nelligan in high school and earned four varsity letters as part of the basketball team. In his freshman year of college, he appeared in seven games. He scored his first collegiate points with a field goal in a Bomber win over Morrisville, and scored four points and recorded a rebound against Utica.

Gaskins played in 11 games as a junior and scored 19 points. In 3.6 minutes per game during the 2008-09 season, he also tallied 12 rebounds, three assists, and three steals. About his time playing basketball, he says, “I then joined the basketball team at Ithaca College where I truly learned how to be an effective part of a team and eventually how to be a leader and example for those around me. I am a firm believer of the need to follow before you can lead.”

He Works at Herman Miller

The 27-year-old Will Gaskins made the move from New York to Miami, Florida, where he works for the furniture giant, Herman Miller. He’s now a sales manager but before that, he worked as a territory sales manager for the same company. He worked in The Living Office Project to increase workplace productivity and improve office spaces.

Gaskins has a long essay about his work at Herman Miller on LinkedIn saying, “My goal and the goal of all of us at Herman Miller is to work with you in order to create a work environment that addresses the myriad complex requirements of today’s worker.” He has been working for Herman Miller for a long time and is now going to make his mark in the reality world. With his TV appearances, he might have a growing net worth soon!

He Makes an Early Impression on Rachel

We don’t know how far Gaskins goes in the race for winning Rachel’s heart, but we do know he starts off strong. Behind the scenes pics teasing The Bachelorette 2017 filming were revealed by the show’s creator, Mike Fleiss. One picture shows Rachel going horseback riding for the first one-on-one of the season. At first, the guy on the horse was a mystery, but with some digging around, we learned that it’s Gaskins.

The former basketball player is also the second person to kiss Rachel in The Bachelorette. He joins a few of the guys on a group date to The Ellen Show, where Ellen DeGeneres questioned if Rachel had kissed one of them. Dr. Bryan Abasolo —who reportedly wins the First Impression Rose— dishes that he got the first kiss. This prompts Gaskins to kiss and tell too, though Abasolo makes a tasteless “sloppy seconds” joke about it.

The Bachelorette season 13 premieres on May 22, only on ABC.