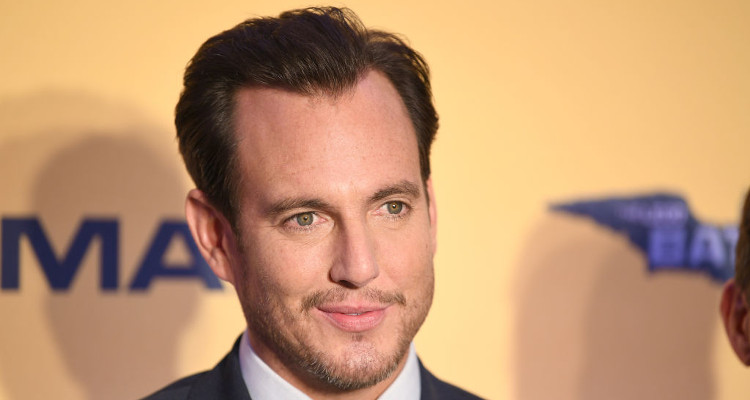 Will Arnett is known to make people laugh with his unique brand of comedy, but now he might be facing his biggest professional test. Arnett is bringing the 1970s classic, The Gong Show back to the small screen. While some people are wondering if it will connect with a new generation of viewers, Arnett is confident that it will. He has a healthy net worth of $12.0 million, his career is doing really well, and he reportedly has a lovely new girlfriend in his life.

In the 1970s, one program that pushed the envelope on TV was the controversial The Gong Show. It set the parameters over what was acceptable on TV at that time. It was so crazy that one of the reasons it had to be canceled was for its content. However, one man whose determination to bring it back and successfully revived the show is Will Arnett. His plan was to get the show of the 1970s back and introduce it to a whole new generation of viewers. Not to mention older viewers who are nostalgic about the original show. Arnett has only happy memories of the show and says, “I just remember my dad laughing super hard.” Will Arnett’s The Gong Show 2017 will bring back the loony and over-the-top aspects of the original show and make you laugh until your stomach aches. Keep reading for more details from Will Arnett’s wiki right here.

Who is Will Arnett?

Will Arnett is a Canadian-American actor and comedian who is known for his roles in the popular sitcoms Arrested Development and 30 Rock. Born on May 4, 1970, in Toronto, Canada, to Edith Palk and Emerson James Arnett, Will Arnett’s age is 47. As a child, he had to transfer schools several times because he was a well-known troublemaker. Arnett enjoyed acting and was encouraged by his mother to pursue it seriously. In 1990, he moved to New York City and enrolled at the Lee Strasberg Theater and Film Institute. He started his acting career in theater while in NYC.

Arnett did not have a smooth start to his career. The pilots to four TV shows he worked on were either rejected outright, ended up with a canceled show after a few episodes, or were picked up without his character in them. Arnett views the year 2000 as dark because he resorted to alcohol after not seeing much success in acting. It was only in 2003 that he found mainstream success by playing George Oscar “Gob” Bluth II in the Fox comedy, Arrested Development. Since then, Arnett has appeared on TV shows such as The Mike O’Malley Show, The Sopranos, Freak Show, 30 Rock, Sit Down Shut Up, Running Wilde, Up All Night, The Millers, and A Series of Unfortunate Events. Currently, he stars on Netflix’s Flaked which he also co-created, executive produces, and directs.

The actor also has a successful film career as some of Will Arnett’s movies include Monster-in-Law, RV, Blades of Glory, Hot Rod, The Brothers Solomon, When in Rome, and Teenage Mutant Ninja Turtles. He is also a very talented voice actor who has enlivened characters in movies like Ice Age: The Meltdown, Ratatouille, Horton Hears a Who!, Monsters vs. Aliens, Despicable Me, and The Lego Batman Movie. No wonder Will Arnett’s net worth is a healthy $12.0 million and growing. So, who is Will Arnett married to? Right now, nobody! However, he has been married and divorced twice already. First to actress Penelope Ann Miller and then to Amy Poehler, with whom he has two sons.

The New Woman in His Life

If the actor is not married, he must be in a relationship, right? Who is Will Arnett dating right now? According to sources, Arnett is dating 30-year-old designer Elizabeth Law. The two have been seen in public several times, sparking speculation of their relationship. The couple most recently attended the Vanity Fair Oscars bash in February 2017.

Arnett is very happy that he has been instrumental in bringing back The Gong Show. “I got to reach out to a lot of friends of mine and say, ‘Why don’t you come on and come with me on this bizarre ride and just have a good time,’” he said. That’s exactly what we want with The Gong Show! With Will Arnett at the helm of things, the show is bound to have a lot of laughs. The Gong Show premiered June 22 on ABC. For those who missed it, an encore presentation will air this Saturday, June 24, at 8:00 p.m. on ABC.