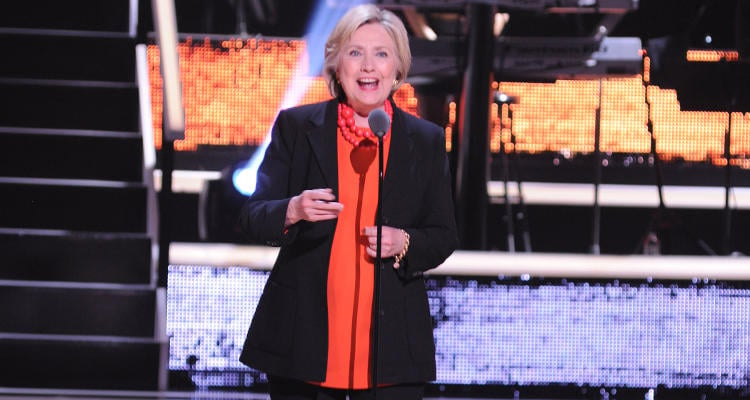 After the Republican National Convention (RNC), it is now time for Democratic National Convention (DNC). This is a great way to promote one’s political party and to garner public votes. WikiLeaks DNC e-mails are currently trending and these mail threads have exposed shocking details about the DNC.

The U.S. presidential election of 2016 is set to be on November 8, 2016. For this purpose, various nominees have been putting their cases forward to the public to win their votes. However, right before the Democratic National Convention, much to the Democratic Party’s dismay, shocking e-mails about the DMC were revealed by a hacker. If you are asking, “Where can I see WikiLeaks hacked e-mails?” then you have come to the right place, because besides the mails we will provide you with additional information about the same.

On July 22, 2016, WikiLeaks released almost 20,000 hacked e-mails; these mails were from the accounts of Democratic National Committee officials. Although everybody knows that politics is a dirty and shady game, we didn’t know that party members would plot against their own member. The documents and emails were leaked days before the DMC was scheduled.

After reading the e-mails, everybody is in shock to learn about the DNC’s supposed hatred for Bernie Sanders, who was also in the running for presidential along with Hillary Clinton. The e-mails clearly show, that the DNC committee favors Hillary Clinton and was trying their level best to make her win the 2016 election.

The Democratic National Convention begins tonight (July 25), but already so much drama is going on. The person who is behind this hack is yet to be caught, but they go by the name” Guccifer 2.” After the shocking release of these e-mails, the chairwoman of the DNC Debbie Wasserman Schultz, has decided to resign from her position after talking to President Barack Obama and Hillary Clinton.

As mentioned earlier, almost 20,000 e-mails were hacked and released, which includes 891 documents and 175 spreadsheets. Since it is such an intensive list, we have covered the nine most shocking WikiLeaks DNC emails.

The aforementioned link covers conversations between Jeremy Brinster and Comm D. In the e-mail, it can be seen that Brinster said, “Yes, Super PAC paying young voters to push back online on Sanders supporters.” In this e-mail thread, they not only discuss Bernie Sanders but also Donald Trump, and they mention the fact that Trump wants to ban Muslims. He talks about Sanders doing some damage to his reputation by betraying his trust, judgment, and authenticity. He also talks about Sanders losing his supporters and guessing what he might do to win his supporters back.

Shocking revelations about Clinton having a private dinner with “Caitlin” and “Liz,” that was arranged by Elspeth Farmer in the home of Eileen Donahoe. It said that Liz had already issued a check of $200,000 and Farmer wanted Erik Stowe to ensure that she gets the credit for the dinner since it was she who invited her and collected the check. To this, Stowe replied, “Thanks for the update. You should make sure your contact on the Hillary campaign knows your responsible for this contribution. They are putting together convention packages similar to ours and since this is a HVF contribution you should make sure you get full credit with them and it gets counted towards convention.”

Offering to Send Interns to Fake a Protest Against the RNC.

There had been a news about protesting against RNC, but, guess what: the whole protest was set up by the members of the Republican National Committee. In an email, Luis Miranda said, “Yes, but going forward, when our allies screw up and don’t deliver bodies in time, we either send all our interns out there or we stay away from it.. we don’t want to own a bad picture. [sic]” Earlier, he was happy with the coverage and media attention they were receiving, but something went wrong and Miranda suggested other members to be on the safe side and not tarnish their reputation.

A Mole Working Inside the Sanders Campaign

Based on the aforementioned exchange, the DNC staff was tense about an event in Alaska. They were so worried about the event that they decided to dig out certain information about Sanders from his organization. They even mentioned Wasserman Schultz’s name, who was the chairwoman of Democratic Republican Committee. The whole email thread only proves one thing that there is somebody working in Sanders’ organization who is plotting against him and disclosing confidential information about him. The DNC staff was really worried about the event and were trying hard to get more information.

The brief exchange between Amy Dacey and Brad Marshall suggested that for interviews held in Kentucky and West Virginia, they should hire somebody to ask him about his religion and somehow imply that he is an atheist. To reduce his chances of winning, they planned messages negatively portraying Bernie Sanders, which would eventually lead to his losing his supporters and Clinton winning the campaign. More details about the exchange can be read in the e-mail thread above, but this is definitely a scandalous revelation.

Not only were all their moves planned and executed properly to sabotage Sanders’ career and winning chance, they even used to feed questions to CNN journalist Jake Tapper, which he could ask them during the interview. So, all the questions that were asked to Republican National Committee were the questions suggested by them, so they could decide upon the answers beforehand and impress their voters. We wonder, how these leaked emails would affect the running for the presidential election.

This e-mail clearly shows how far Republican National Committee would stoop down to tarnish a candidate’s image. This email was sent to Luis Miranda, who is the communications director, stating that they create a fake job ad for women who wish to apply for jobs in the Trump Organization. The job description had sexist remarks about women, wherein they were objectified and not gaining weight was one of the conditions. We just have to see how Trump would react to this.

Re: BuzzFeed and DNC connection.

One of the e-mail threads has communication suggesting that they all were talking about covering an article on a convention center and details about the same were discussed in brief. The e-mail had BuzzFeed’s name, which means BuzzFeed was involved to cover an article for the Republican National Committee. Whether, that article came out or not nobody knows, but will BuzzFeed be in trouble for this? Only time will tell. BuzzFeed’s editorial department and Miranda were introduced to each other. For more details about the conversation, you can refer the following link.