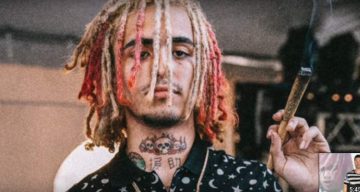 The news of Lil Pump getting thrown out of a hotel is spreading fast on the Internet. But there are conflicting reports regarding the reason he was asked to leave. Some reports suggest that he was smoking in the hotel, while some YouTube videos show Lil Pump asking police if he was being asked to leave because he was racist. Either way, it looks like Lil Pump was forced to evacuate the hotel.

There were reports that he went to Harvard Business School and was staying at a nearby hotel when the incident in question occurred. Though there is very little information on what exactly happened, some videos he posted are giving fans clues as to what went down.

Was Lil Pump Accused of Racism?

Lil Pump had reportedly gone to the hotel with some of his gang, and said he was accused of being racist by an unidentified man who appears on the video.

In the video, Lil Pump clearly asks the man if he is being thrown out for being racist. He then proceeds to insult the man, mouthing expletives at him. Several police officers are shown standing in the hotel waiting for the rapper to leave. The reason behind exactly why Lil Pump was thrown out of the hotel are still unclear.

Also Read: Did Lil Pump Actually Get into Harvard?

We don’t give no fucks yaa

The video then shows Lil Pump outside the hotel after being told to leave. The police are seen walking away, with a lineup of police vehicles shown out front of the hotel.

Lil Pump jokingly says that he would “plead the fifth” regarding this incident. There are also reports that he was asked to leave because he was found smoking weed in the hotel, but we cannot confirm these reports. However, he posted videos of himself seemingly smoking a blunt in the hallway of a hotel.

From the recent video of Lil Pump’s hotel eviction, it is not very clear why exactly he was thrown out, but it sure was embarrassing for him and his boys! It looks like Lil Pump might have overstayed his welcome at this particular hotel.