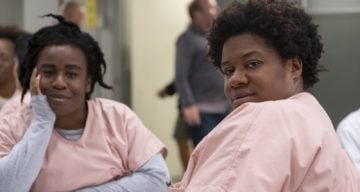 Yes, it’s true! The hit Netflix original series, the show that defined what it means to binge-watch an entire season of a series in one sitting, Orange Is the New Black is ending, and fans are having a hard time accepting the truth. It’s hard to believe that it’s been six years since Piper Chapman, Alex Vause, and the rest of the ladies at Litchfield Correctional Facility entered our lives. All of the beloved characters on this show have been through a whirlwind of ups and downs. So, what does the seventh and final season have in store for Piper and her comrades? And why is Orange Is the New Black ending now, after everything that’s happened? We have all the answers right here, so keep reading!

Why Is OITNB Ending after Season 7?

The seventh season of the critically acclaimed and beloved series Orange Is the New Black will, unfortunately, also be its last—proving once and for all that all good things must eventually come to an end.

Some sources cite the rising star power and their desire to pursue other roles or projects as catalysts for ending the show after this season.

It’s true that many of the cast members were relatively unknown actors when the show first launched in 2013. But it’s clear that their time on the series has catapulted many of them into fame, stardom, and the opportunity to attach their names to other high-profile and worthwhile projects.

Of course, acting veterans like Laura Prepon (Alex Vause) and Natasha Lyonne (Nicky Nichols) are no strangers to the bright lights of fame and have been in the entertainment industry for decades. It’s possible that with the growing demand for the actors on the show, though, there may have been some scheduling conflicts.

Or perhaps it was simply that the show had run its course.

Many people believe Netflix decided to end the series because it’s currently on a high note. And it’s better to quit while they’re still ahead than to let the storyline go stale and allow the characters to become unlikeable.

Season 7 Was Expected to Be the Last

Show creator Jenji Kohan has known for a long time that the seventh season would most likely be the final one.

Kohan discussed the trajectory of the show with The New York Times in June 2017. At the time, when asked if season 7 would be the last, she said, “I haven’t made a final decision yet, but I’m leaning toward ending the show after seven—although the nature of the show is one that can go on and on because you can bring new people.”

And she is absolutely right. Over the course of seven seasons, the show has introduced a number of strong, diverse, and fearless female characters that fans have grown to admire and love, despite their many flaws and rough exteriors.

About whether she had an ending in mind for the show that essentially transformed the way many of us consume TV shows, she said, “I think I do. And I will not share it.” And she still hasn’t. Guess we’ll just have to wait and see what happens like everyone else!

Regarding the end of the show—and, in many ways, the end of an era—Kohan recently commented that “after seven seasons, it’s time to be released from prison. I will miss all the bada** ladies of Litchfield and the incredible crew we’ve worked with. My heart is orange, but fade to black.”

What to Expect from OITNB Season 7 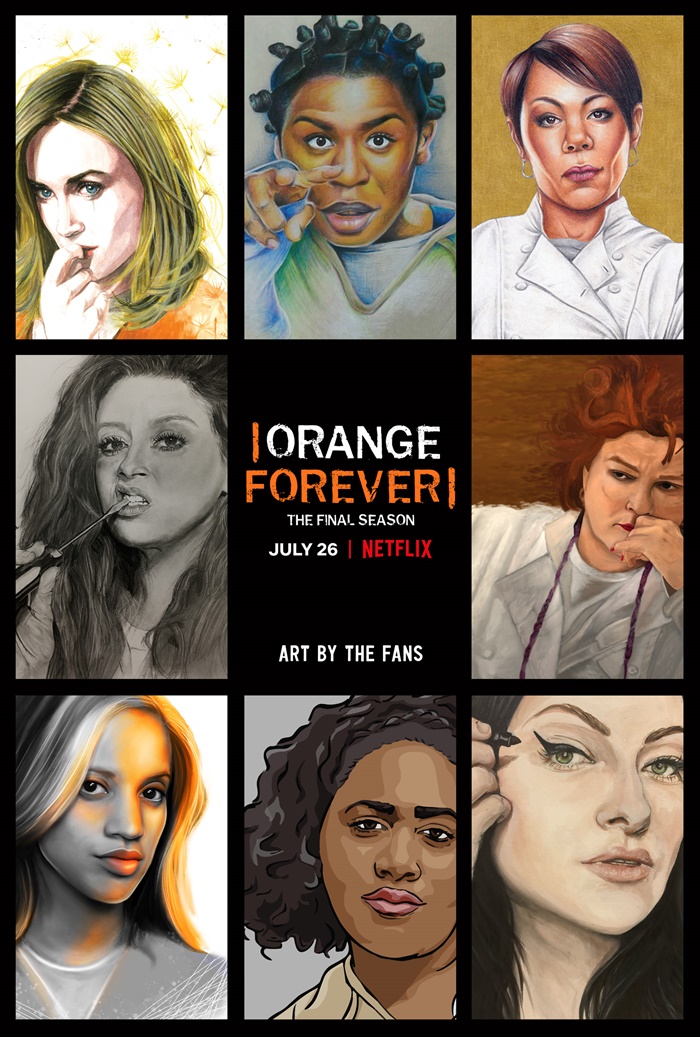 Following the 13-episode-long prison riot triggered by the heartbreaking, yet very realistic, death of Poussey Washington (by the way, we’re still not over it!), the fates of the ladies of Litchfield seem to be very uncertain. Naturally, fans are wondering what will happen to their favorite characters.

Considering it’s the last season, it’s expected that season 7 will ultimately tie up a lot of lingering loose ends. The farewell season will center on lead character Piper Chapman’s (Taylor Schilling) storyline and her life outside of prison as she tries to reintegrate herself into society.

Even though she comes from a wealthy family, Piper is forced to continue repaying her debts to society by working a stressful minimum wage job. She’s also trying to figure out her life after prison while her prison wife, Alex, is still serving a three-year sentence.

Back inside the walls of the maximum security detention center, Taystee (Danielle Brooks) is serving a life sentence for a crime she didn’t commit (the shooting death of a corrections officer). Daya is also facing life imprisonment after becoming addicted to heroin and confessing to a murder she didn’t commit, either.

With the world crumbling around all of the characters, it’s hard to see the light at the end of the tunnel. But that’s one of the many things this show has always been great at: showcasing the real world as it actually is. And sometimes, that means that not everyone gets the happy ending or second chance they deserve.

Check out the trailer for season 7 of Orange Is the New Black, which we’re sure will hit all-new binge-watching records once it’s released on Netflix this Friday!

Oh my gorgonzola, it's the final trailer for #OITNB. All episodes, July 26. #OrangeForever pic.twitter.com/66wV5HFWE5

Reactions to News That OITNB Is Ending

The announcement that OITNB is ending has been met with a lot of tearful, bittersweet, and mixed reactions.  The cast and crew are obviously distraught over the news, but understand that it had to happen eventually.

In an extremely emotional farewell video that was shared on Twitter recently, the cast talk about their time on the show, the amazing family they’ve created, and their gratefulness for their fans.

It's not a goodbye, it's a see you later. 😢 #OrangeForever pic.twitter.com/2piV2oZkVG

Show creator Jenji Kohan even shared a touching photo of the entire cast and crew on the final day of filming, captioning it: “This is a family.”

This is a family. #OITNB

Netflix announced that the final season would begin streaming on July 26 back in May, via their See What’s Next Twitter account.

As sad as we are to see this groundbreaking show go, we’re also excited to see what this season has in store!

Also Read: “Last Chance U” Seasons 3 and 4, Players and Coaches, Where Are They Now?