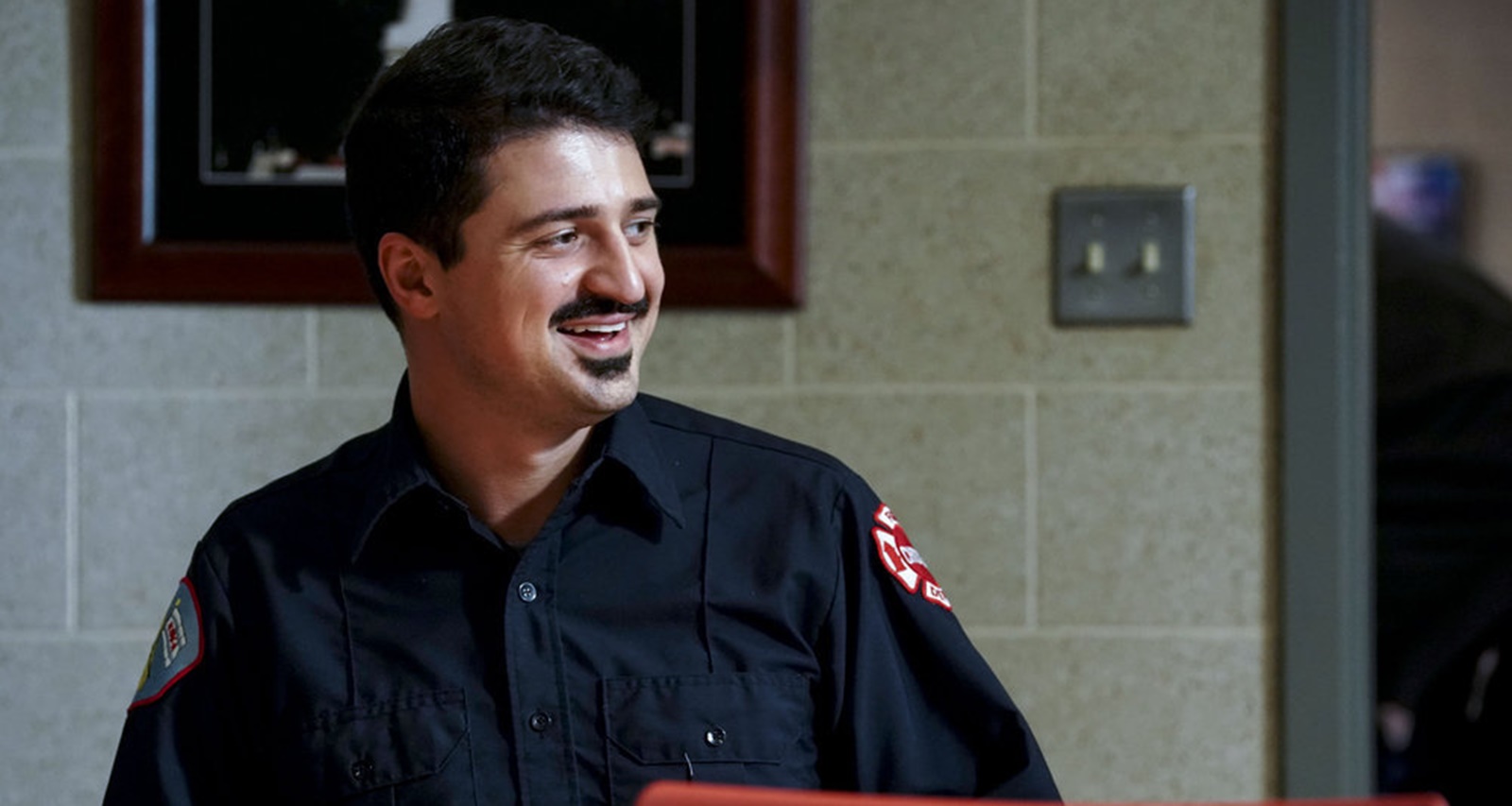 Chicago Fire season 8 premiered on September 25, and we did not see that shocking twist coming! After the season 7 finale’s nail-biting cliffhanger, last night’s premiere revealed the tragedy that struck Firehouse 51. Otis, played by Yuri Sardarov, was the lone casualty of the horrific fire, leaving his fellow firemen and fans of the show devastated. Is this really the end for Otis? Is Yuri Sardarov leaving Chicago Fire? Here’s what went down in that emotional premiere.

Firehouse 51 Mourns the Loss of Otis

At the end of season 7, Firehouse 51 responds to a massive fire that breaks out at a massive factory. But the threat of a basement full of equipment about to blow up also put the first responders at risk.

The season 8 premiere reveals just how devastating the fire was. When the machinery in the basement exploded, the firemen escaped to another room, but Otis didn’t make it in time.

Otis was caught in the blast and left critically burned. He was rushed to a hospital, but Cruz and the others are told that he won’t make it. So the firemen bid a tearful goodbye to their friend in his hospital room before Cruz succumbs to his injuries.

His roommate and best friend, Cruz, is the most affected by Otis’ death. It’s especially heartbreaking to see Otis say his last words to Cruz. But he says it Russian, which Cruz is unable to decipher until months later.

The episode fast-forwards to three months after Cruz’s death, where Firehouse 51 is still in mourning. At the end of the episode, the firemen set up a memorial for Otis.

When Chief Boden unveils the memorial in Otis’ name, he reveals that the Russian phrase Otis last said to Cruz translated to “Brother, I will be with you always.” (Cue the tears.)

Why Was Otis Killed Off on Chicago Fire?

That gut punch of a premiere has left viewers bawling in front of their TVs and they want to know why was Otis killed off.

There was no speculation or hint that Yuri Sardarov, who has been a regular character on the show, was leaving. So his character’s tragic end that came out of nowhere still has us reeling. Sardarov was even excitedly urging fans not to miss the season premiere on social media.

So it doesn’t seem that Sardarov was let go or decided to leave on his own. It appears that Otis’ death was plot-driven.

As Chicago Fire showrunner, Derek Haas said, “It’s been a long time since we had a main character go.” Haas went on to discuss how difficult it is to write off a character, especially in this case, since he’d been close to Sardarov even before they worked on Chicago Fire together.

“But you think, ‘OK, what can I do that’s going to really put some teeth back into this show, in terms of these dangerous situations that we put our characters in?’” Haas said, describing the process of writing that premiere episode.

Haas and the writers want Chicago Fire viewers to really see the danger the characters experience on the show, and the deaths of certain main characters do just that. “I just think those things are important to keep the audience saying, ‘Oh wow, Chicago Fire will do it at any time.’ You got to pay attention. I know most of the audience is like, ‘Ah, no problem. They’ll get out of it.’ Then they’re going to watch this episode and go, ‘Oh wow, I forgot that.’”

And what was Sardarov’s reaction when he found out Otis was going to be killed off? Haas described the phone conversation with the actor, saying, “I called Yuri and told him what we were going to do, and I’ve never had a call as professional and as gracious, and I think, in the back of my head, that I know why, which is that he’s a writer himself, and he understands that you, as a writer, have to surprise the audience and give them something that they weren’t expecting. Plus, he’s at the beginning of his career, and this isn’t his swan song by any stretch.”