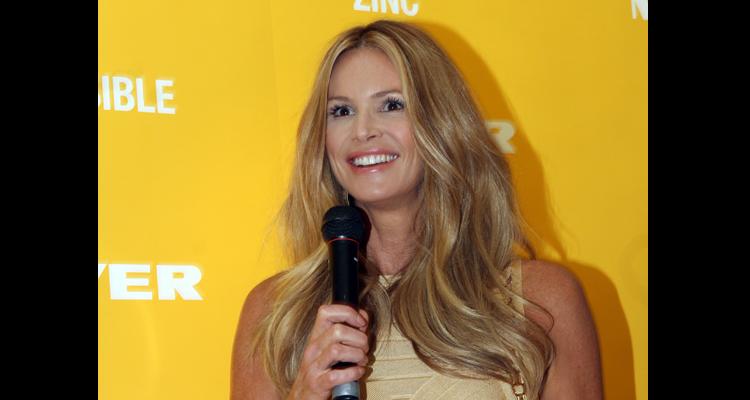 Elle Macpherson may be one of the hottest supermodels to date, but her Twitter feed is far from what you’d probably expect to see—there are hardly any pictures of herself or her famous celebrity friends. Instead, most of Macpherson’s tweets link back to her Tumblr page titled Insights. The page is filled with short posts about intriguing products, films, books, art projects, and even just innovative people. Her latest post is a nod to the digital age.

Macpherson, 51, recently shared a photo of the Valour, a smart bike that creates, in her words, “the best (and safest) cycling experience possible.” The bike, developed by a company called Vanhawks in Toronto, has blind spot sensors that will alert you (by triggering a vibration in the handlebars) if something comes too close.

Macpherson’s favorite new smart bike also features LED indicators on the handlebar that synch with your phone to help guide your route, an accompanying app so you can track your riding metrics, and sensors that can analyze road conditions and traffic. Plus, the traditional bicycle chains have been replaced with a carbon fiber belt that is supposedly self-cleaning, doesn’t need to be greased, and won’t lose tension over time.

Elle Macpherson doesn’t say if she actually owns one herself for not, but if you’re interested in picking one up for yourself, it’ll set you back at least $1,249.