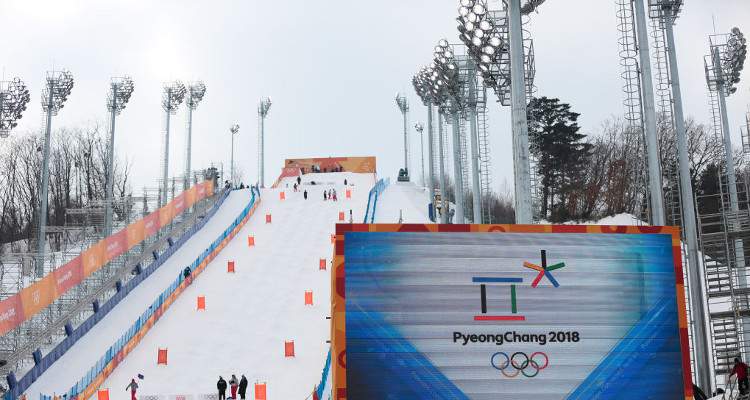 Dozens of Russian athletes had their dreams crushed when their last-ditch effort to compete in the Winter Olympics was rejected by the decision of the Court of Arbitration for Sport (CAS). They appealed to the CAS to overturn a decision made by the International Olympic Committee (IOC) not to invite them to the Winter Olympics over doping concerns.

It was a huge disappointment for these Russian athletes, who were hopeful that they would be allowed to compete in the winter games. Some even traveled to South Korea in anticipation. Sergey Parkhomenko, the head of Russia’s bobsleigh federation, said that the IOC’s decision had a “political context” and the rejected athletes would be taking legal action.

What Does OAR Stand for?

The 150 Russian athletes who were cleared by the IOC are already in South Korea, and some have already taken part in qualifying rounds for events like ice skating, ski jumping, and downhill skiing. These Olympic Athletes from Russia were shortened to the abbreviation, OAR. The IOC confirmed that OAR fulfilled pre-games testing requirements and are listed on the official Pyeongchang Games website.

Why Is Russia Banned from the Olympics?

In December 2017, Russia was banned from taking part in the Winter Olympic Games after the IOC discovered that their athletes took part in “systemic manipulation” of anti-doping rules. However, those who could prove that they were clean were invited to compete as OARs. The condition was that they have to wear a uniform with “OAR” written on it, and the Olympic anthem would be played at ceremonies if they won any medals.

Also Read: Pyeongchang 2018: How Many Events Are There in the Winter Olympics 2018?

Why Isn’t Russia in the Olympics?

Dozens of Russian athletes who were hoping that they would be able to compete under a neutral flag suffered a disappointing blow when they were deemed ineligible by the IOC. The Russian government admitted that doping was present among the country’s athletes when, in January 2018, Vladimir Putin spoke of “instances of doping use in Russia,” but insisted that it was a global problem.

Speaking to his supporters in Moscow, Russia, Putin said: “There were instances of doping use, true – I want the audience to know this and the whole country to know this. There are many such examples around the world, but no one is making a big show of it.”

A Long, Cold Winter Ahead

The IOC welcomed the CAS’ decision to uphold the ban on Russian athletes and said in a statement that it “supports the fight against doping and brings clarity for all athletes.” While the Winter Olympics 2018 may bring joy to the Russian athletes who are allowed to compete, the same cannot be said for those banned from competing. Russia may leave the Olympics with a mixed bag of fortunes!