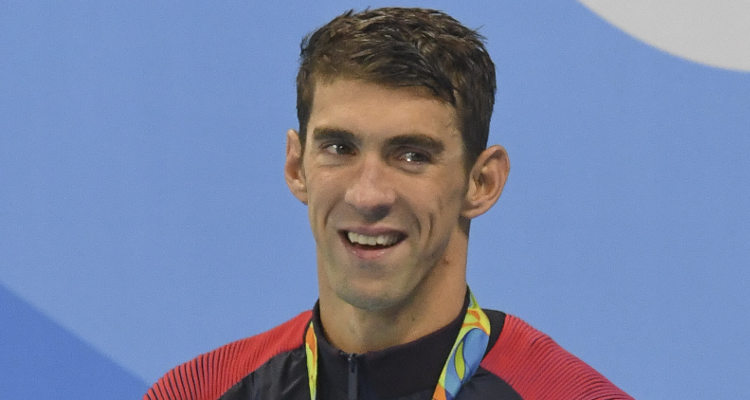 You must be wondering why is everybody is calling Michael Phelps “GOAT?” We will tell you why. The term, GOAT, is actually referring to G.O.A.T. and it stands for ‘Greatest Of All Time.’ Phelps has won a total of 26 medals at the multiple Olympics events he has participated in. Can you believe it? It’s true! Now you know why is Michael Phelps called the GOAT. Michael Phelps’ GOAT meaning is proof that he is now considered the greatest swimmer of all time. How does he do it? Many have noticed him sitting silently before races with his headphones on, likely getting into the zone. People are asking, “What does Michael Phelps listen to before his race?” Don’t worry, we will reveal all.

An Appetite for Gold

A Passion for Swimming

Phelps is such a tremendous swimmer because swimming is his life. When his father left Phelps’ mother and children, Phelps was devastated. He was just nine years old. He took up swimming at the age of seven for a couple of reasons. His sisters used to swim so Phelps wanted to, as well, which is often the case of most siblings. It was also an outlet for him to utilize all his energy in a positive way. When he was 11 years old, Phelps was diagnosed with ‘Attention Deficit Hyperactivity Disorder’ [ADHD]. Phelps put all his passion into performing his best in swimming. When he met his future coach, Bob Bowman, Phelps at last got the fatherly affection he craved for.

Now, it seems everyone is interested in the details of Phelps life. His fiancee, his son and his family are now all under the spotlight as Phelps is being hailed as the greatest athlete of all time. People are also wondering, “what does Michael Phelps listen to before his races?” Apparently, some of his favorite artists are Eminem, Eric Church and Young Jeezy. But his entire playlist is not known as Phelps does not like revealing too much about his personal life.

People are also wondering, “How much does Michael Phelps make in a year?” Phelps makes around $14.0 million a year thanks to his race wins and endorsement deals. Phelps endorses some really big brands like Louis Vuitton, Under Armour, Visa, Omega, Hilton, Subway and HP. He’s been doing this for a while, so Phelps has some serious money accumulated. Phelps’ net worth is around $55.0 million, with which he has bought a beautiful house in Arizona, where he lives with his fiancee, Nicole Johnson and new baby boy, Boomer.

While everybody is simply dazzled by his achievements, Phelps is busy thinking ahead. He has started the Michael Phelps Foundation that trains and teaches swimming to underprivileged kids. Just like Phelps found direction and purpose in life from swimming, the hope is that other kids will do the same. Phelps is a champion, not just for winning so many medals, but for giving back to society.

If you want to know more about Michael Phelps’ family, just click on the links below:

Michael Phelps Net Worth – Son, Family, Records, and a Legacy to Leave Behind