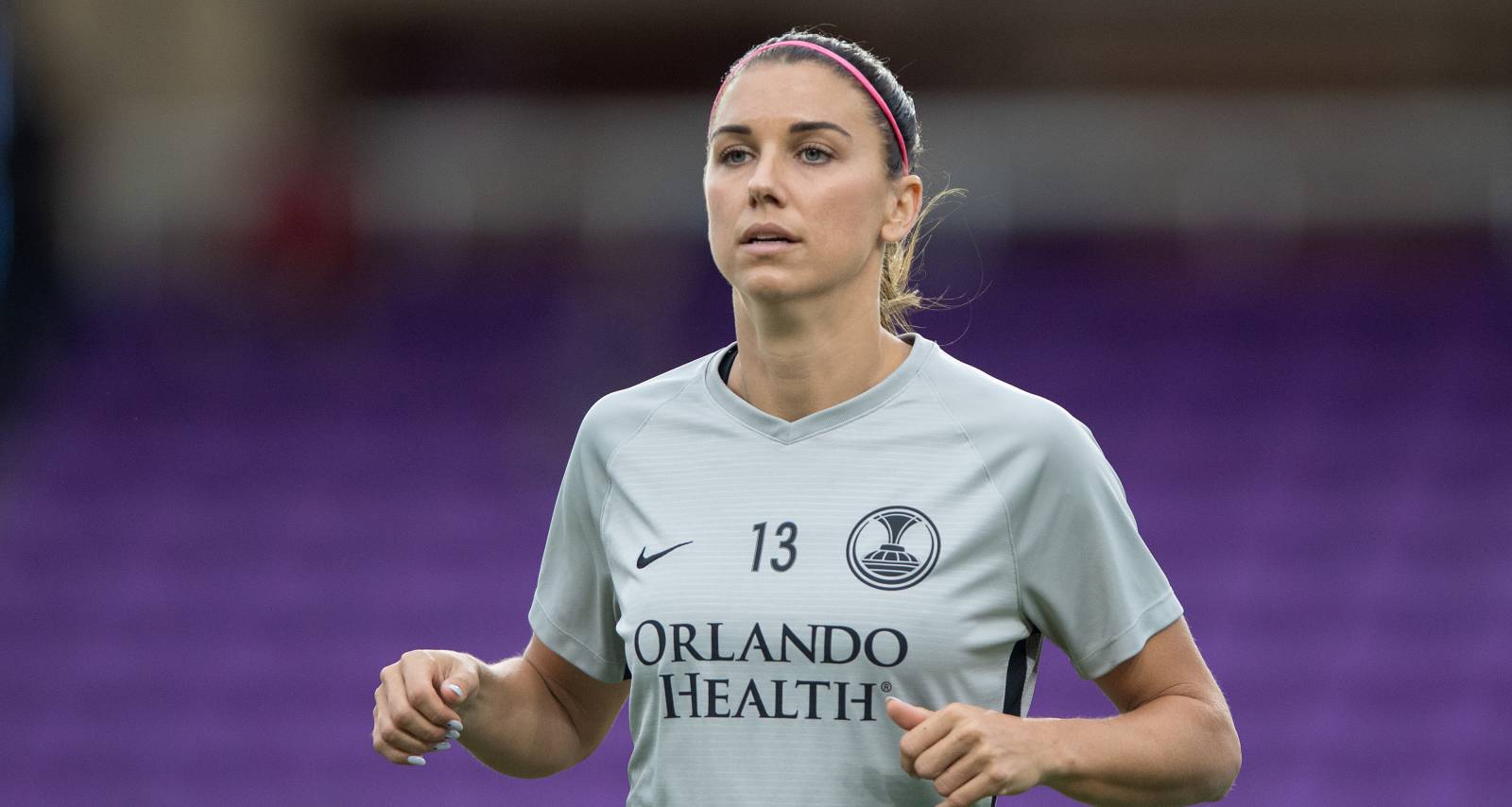 Alex Morgan #13 of the Orlando Pride warming up before a game between Racing Louisville FC and Orlando Pride at Exploria Stadium on September 11, 2021 in Orlando, Florida. (Photo by Jeremy Reper/ISI Photos/Getty Images)

“The Zika virus is definitely a concern,” Morgan said in a Health interview. “You don’t know how long the virus lasts in your system, and that’s an issue for someone who’s trying to get pregnant,” she continued. “I am concerned, but I really do trust the International Olympic Committee about traveling in Brazil. It is kind of scary.”

The U.S. Women’s goalie, Hope Solo said earlier this year that she would not be attending the Games but has since recanted her story according to People.

What Is the Zika Virus?

The Zika Virus is a disease that gives the victim a fever, rash, joint pain, and red eyes. In most cases, there are no symptoms and in few cases it can trigger paralysis. In pregnant women it can cause subsequent birth defects, which clearly explains Morgan’s fear and earlier comments. There’s no vaccine or specific treatment other than focusing on relieving symptoms using rest, re-hydration, and medications for the fever and pain.

How Does the Zika Virus Spread?

The Zika Virus is spread through Aedes mosquitoes (that have white markings on their legs), which occur mostly in subtropical zones but are also reported to in the U.S. The virus can also be transferred through having unprotected sex of any kind or being bitten by animals that may have contracted the Zika Virus.

Why Is the Zika Virus Scary?

The Zika Virus is scary, for the obvious reasons and the fact that not everyone knows much about it. It’s hard enough to fend off most mosquitoes with summer just around the corner but now everyone has to be more careful. No one wants to worry about a serious and incurable disease while sun tanning or going to a party. Morgan’s initial comments are valid since she is going to a tropical area for the Games and plans on expanding her family sometime soon. It’s advised that you shouldn’t travel to tropical countries suspected of having the virus or if you do, avoid unprotected sex altogether. But in any event of bad news, just be careful and don’t let it ruin your summer.