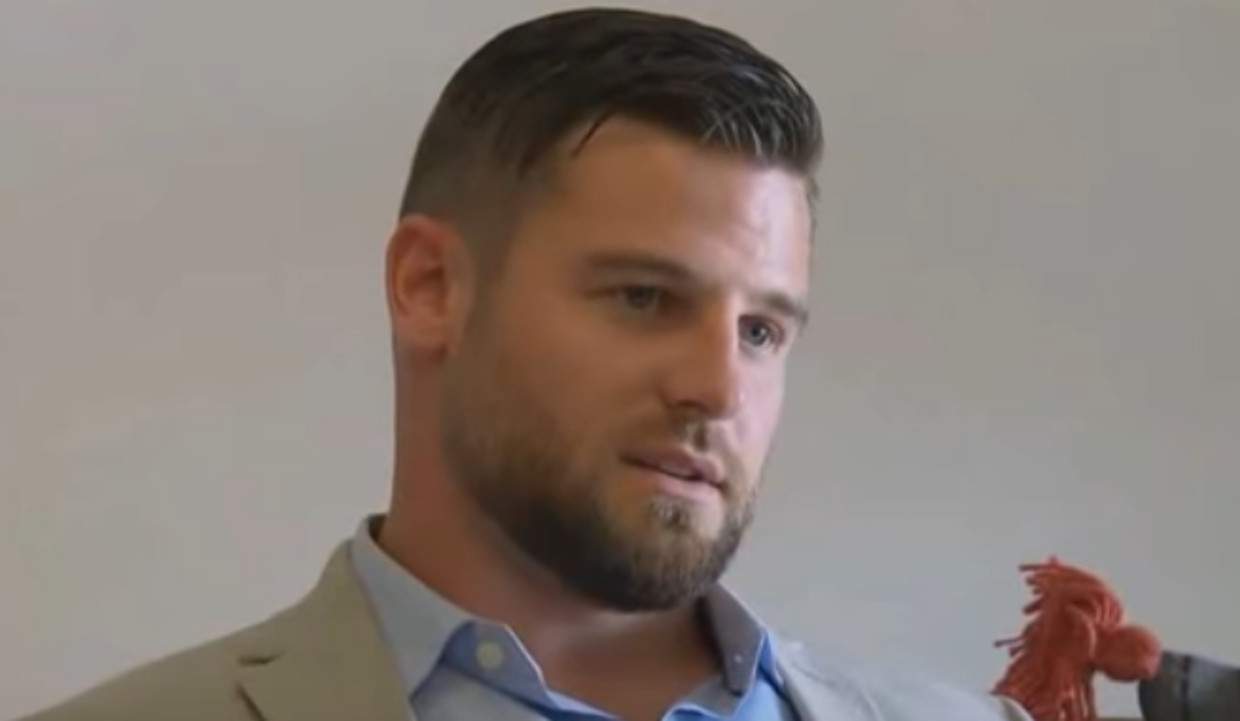 Monday night’s episode of The Bachelor threw the big curveball everyone was waiting for! After an early season teaser of a mystery man’s appearance on the show, it finally happened! Becca Kufrin’s ex-boyfriend, Ross Jirgl, made his dramatic appearance on The Bachelor, and we are still in shock. Since then, everyone is wondering; is Becca back with her ex? Why did Ross and Becca break up in the first place? We have all the answers for you, right here.

The Bachelor’s mystery man finally showed his face, and it was none other than Becca’s ex-boyfriend, Ross. The show’s producers sure know how to raise the drama!

Ross’ shocking appearance on The Bachelor is still being buzzed about as his surprise arrival shocked the hell out of fans. It not only took Becca and Arie by surprise, but also raised all sorts of questions in the minds of fans.

Ross and Becca met when they were both students at Minnesota State University. Ross was on the college’s football team.

The couple reportedly dated on and off for seven years. This is a picture of them from 2015 that we found on Becca’s Instagram.

According to reports, Ross now works as a sports performance coach at Stanford University, California. As we saw on Monday, the hunky heartthrob hasn’t given up on winning Becca’s heart!

Relationship Drama on The Bachelor

Becca has been open about her ex-boyfriend with Arie. She admitted that she was in a relationship with Ross longer than she should have been because he comforted her when she lost her dad in 2009.

There were rumors that Ross would appear in one of the season’s final episodes. Producers hinted about it in an early January preview.

Dressed in a fancy suit, Ross burst on the show just as Becca and Arie wrapped up their Fantasy Suite date, and said, “I don’t want to be on this show … I want my girl.”

He claims that he hasn’t been able to get Becca out of his mind since they broke up. He tries to convince her that he is the one she should be with. So, does Becca go back to Ross?

It’s pretty obvious that the feelings are not mutual. Becca turns down Ross’ marriage proposal, and he is forced to leave the show heartbroken. (Fans everywhere could literally hear his heart break as it seemed too little, too late.)

The Notebook-style drama that played out was just not enough to convince Becca that she should get back together with Ross!

Also Read: Ross Jirgl Wiki: Whose Ex-Boyfriend Showed Up on “The Bachelor?”

Why Did Ross and Becca Break Up?

Becca has not spoken about the exact reason for her breakup with Ross. However, we do know that it was an “unhealthy relationship” and Becca made it clear she is standing by her decision.

I stand by my decision to not accept an unhealthy relationship back in my life. I will never doubt or question that. #selflovemotherssssss

Ross may have left The Bachelor with a broken heart, but he certainly won over Bachelor Nation! In fact, now, everyone wants him to be the next leading man on the show! (With his good looks and mending heart, he may be just what the show needs!)

With The Bachelor, you never know what’s coming next. Hang on tight for next week’s exciting season finale!