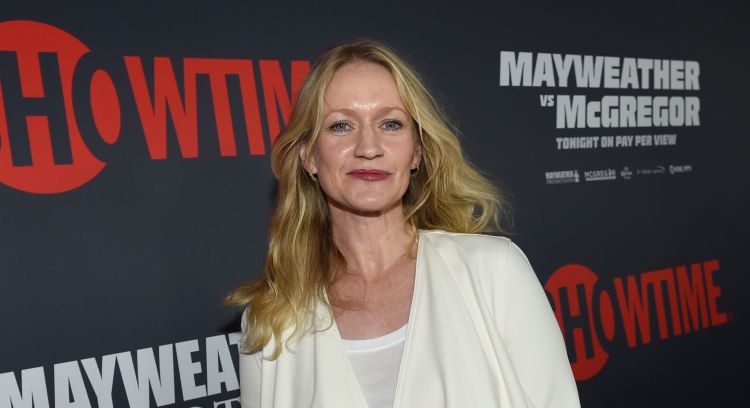 Ray Donovan season 5 seems to be getting more and more buzz. The hit Showtime series kicked off the season with a startling new development with the untimely and unexpected death of Abby Donovan, played by the talented Paula Malcomson. This shocking turn of events has left many fans wondering, why did Paula Malcomson leave Ray Donovan? Continue reading to find out the reason behind the actress’s departure from the show!

The season 5 premiere of Ray Donovan, which aired on August 16, 2017 on Showtime, started off with a bang as show runner, David Hollander, made the bold choice to kill off one of the main and most beloved characters on the show. Considering that murder and violence run rampant in the Ray Donovan universe, Abby’s death seems a little out of place, but still fitting for the unassuming character. Actress Paula Malcomson’s character, Abby, on Ray Donovan received a much more somber and bittersweet demise than many of the other deceased characters on the show. Fans are obviously reeling in shock at the startling revelation and in retrospect, many of them are probably kicking themselves for not realizing the inevitable would happen sooner! Looking back, the cancer diagnosis in season 4 should’ve provided enough foreshadowing to indicate that Abby’s time on the show was running out. But, the writers duped everyone by miraculously curing her and making it seem like everything was all right…until the cancer returned! In the wake of Paula’s heartrending and unexpected death, one question remains: why did Paula Malcomson leave Ray Donovan?

Also Read: Is Season 5 the Last Season of “Ray Donovan?” Or Will There Be a Season 6?

The Story, So Far

Before we delve into a complex explanation of why Abby is no longer with us and why Ray’s reaction was so emotional (considering the fact that by the looks of it, their relationship was destructive and abusive at best), it’s important to remind ourselves that what we’ve seen so far barely scratches the surface. Up until the season 5 premiere of Ray Donovan, we’ve only seen the negative aspects of the husband and wife duo’s relationship. They’re constantly at each other’s throats, Abby is often portrayed as antagonistic, Ray’s cheated on her innumerable times, and let’s not forget about Ray’s incredibly shady business dealings. Despite the horrendous treatment, Abby has always stuck by Ray’s side to the extent that it’s easy for outsiders to judge the situation, question her intelligence, and ultimately label her as a woman with little to no self respect. In these types of situations, it’s natural to ask why she continued to stay with him even though she knew exactly what kind of man he was.

In an interview with Vulture, Paula Malcomson, who plays Abby on Ray Donovan, was kind enough to offer some insight on this issue:

“She loves her family. I think she knows him and she sort of accepts him. It’s interesting. I wouldn’t stay with a man like that. There’s just so much about her, and so many so many things about her that I absolutely hated.”

She Added Depth to the Show

Understandably, every interesting and worthwhile character has flaws and weaknesses that make them who they are and Ray happens to be Abby’s Achilles heel, which is probably the reason that she’s such a great character for any actress to play. Her flaws define who she is and that’s what makes it so frustrating when viewers watch her let herself get taken advantage of time and time again. She certainly added a fascinating female dynamic to the show. And towards the end of season 4, things seemed to be looking up for the Donovan clan, even though bright spots in their lives are usually short-lived.

In case you’re wondering, no, this wasn’t another Kevin Can Wait type of situation in which an actress was unceremoniously fired from a show, due to “lack of chemistry” between herself and her male co-star. It was actually a well thought-out and difficult decision for the show’s writers to make. As it often happens on a dramatic series of this caliber, the writers evidently wrote themselves into a corner concerning this character’s subplot and they needed to add an intense gut-wrenching tinge of intrigue to revamp the story and give it more direction.

“It was a narrative decision,” says David Hollander. “It was about finding the best story to tell to get deeper into the character of Ray. And I thought it would give the show a chance to explore how important [Abby] is in a way that we’ve never been able to do,” he added.

Killing off Abby provided just enough of the dramatic force that the show needed, in order to move the plot forward. Also, it allows the show’s writers to delve deeper into the nuanced and almost loving relationship Ray and Abby shared when they first met. What’s even more interesting is that they didn’t just kill off Abby and then sweep the whole incident under the rug. This season, the show is taking the time to dig deeper into the events leading to her death and truly depicting how her absence is affecting each and every single character. Through the use of flashbacks, we see Ray slowly mourning the death of his wife and perhaps even feeling remorseful about the way he treated her. Evidently, this is a huge turning point for the character.

As for Paula Malcomson, she’ll be making brief appearances on Ray Donovan due to the flashback scenes, but she’s stated that she’s ready to move on to other projects. All in all, her departure from the show was amicable and even though her presence will be missed, it was the right move for the sake of the show.